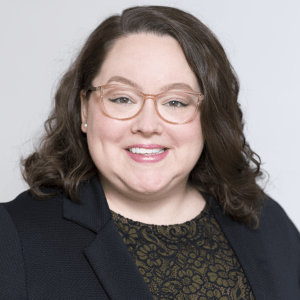 Rebecca Werner is the director of membership and national engagement at PEN America, where she develops and executes member engagement initiatives including campaigns that mobilize members on issues of public concern and integrates PEN America’s literary and free expression mission into national programming. In this role, she works closely with current PEN America chapters and their leaders to develop events and activities that reflect local priorities and bring to bear PEN America expertise and projects, while identifying opportunities for expansion to new cities. In addition, she helped form the NYC Literary Action Coalition, and works closely with the PEN America Children’s and YA Books Committee, Translation Committee, and the Writers in the Schools Committee.

Werner has spent over a decade nurturing and advocating for writers across multiple disciplines. Before joining PEN America in January 2017, Werner led membership administration as the director of member services at the Dramatists Guild of America, the national association of playwrights, composers, lyricists, and librettists. She also managed the Dramatists Guild’s opera committee, membership committee, and internship program; served on the publications committee for The Dramatist magazine; and was the editor of the annual print edition of the DG Resource Directory. During her tenure, Werner also spearheaded a study of gender and racial parity in regional theatre.

Werner honed her fundraising and development skills within the development department at the Metropolitan Opera and served as executive director of New York Opera Exchange, producing four successful seasons of fully-staged operatic productions with full orchestra. She has presented at conferences and festivals across the United States including AWP, WordPlay, the Women’s Voices Theater Festival, the Women in Theatre Good to Go Summit, and the DG National Conference. Werner holds a BA in political science and theatre arts from Marymount Manhattan College and earned an executive certificate in nonprofit leadership and management from the Austin W. Marxe School of Public and International Affairs at Baruch College through the New York Community Trust Leadership Fellows Program.

Almost 50 libraries damaged or destroyed. Thousands forced to close. Russian soldiers have “seized or destroyed Ukrainian history books and literature they deemed to be ‘extremist’. Hundreds of textbooks removed from schools. Collections of irreplaceable manuscriptsbombed/burned. https://twitter.com/PENamerica/status/1598708232419262469

‘Farha’ Filmmakers Accuse Israel Of Attempting To Discredit Jordanian Oscar Entry, Condemn Moves To Get It Taken Off Netflix https://deadline.com/2022/12/farha-filmmakers-israel-jordan-oscar-netflix-1235189292/ via @Deadline