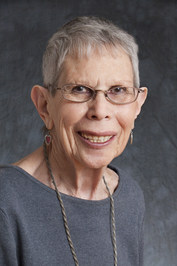 Rosalie Calabrese is a native New Yorker, a writer, grandmother and management consultant for the arts. A graduate of The City College of New York, her poetry and short stories have appeared in journals across the U. S. and beyond. Musicals for which she has written books and lyrics have been produced in New York, Vermont and California. Her publishing credits for individual poems include several anthologies, online publications, a slew of small magazines and newspapers – as well as larger ones, such as Cosmopolitan and The New York Times. Over the years she has been a journalist, a theatre producer, director, administrator of American Composers Alliance, and more.