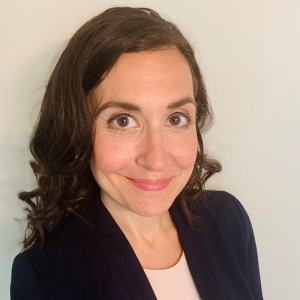 Nadine Farid Johnson serves as PEN America’s Washington director. An attorney and advocate with a focus in democracy, human rights, and governance, she has a breadth of experience across the public, private, and nonprofit sectors. Most recently, she served as executive director of the ACLU of Kansas, where she led the expansion of the affiliate’s advocacy, reach, and impact. She is a former United States diplomat whose work spanned the Middle East, Africa, Europe, and multilateral affairs. Prior to entering public service, she was a professor of constitutional, international, and intellectual property law at Gonzaga University and a Climenko Fellow and Lecturer on Law at Harvard Law School.

In the private sector, Johnson worked as a patent litigator and later oversaw operations and supported community engagement at Google in Los Angeles. She is a graduate of DePauw University and Tulane Law School, and studied at the U.S. Naval War College. She is vice president and treasurer on the Board of Directors of CalSAC, an education-focused nonprofit, and serves as an advisor to Jimiri, a racial justice and youth development organization.

It's time for newsrooms to take online attacks just as seriously as physical threats. Learn more on the new Online Violence Response Hub from the Coalition Against #OnlineViolence, which @PENAmerica is a proud member of: https://onlineviolenceresponsehub.org.

Follow the latest and most urgent news stories on free expression both in the U.S. and abroad with PEN America's weekly newsletter, PEN Points. Subscribe today: https://bit.ly/PENpoints21.