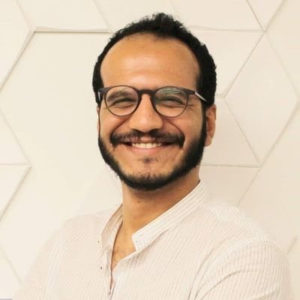 Mohamed Mandour (he/him) is a Master of Human Rights student at the University of Minnesota and a research assistant at the Human Rights Program (HRP) at the university. He is also the Bassem Sabry Democracy Fellow at the Tahrir Institute for Middle East Policy (TIMEP), where he focuses his research on Egyptians in exile, their forms of political mobilization and organizing, and the challenges they face, among which is transnational repression. He last served as an Atlas Corps Research Fellow at the Project on Middle East Democracy (POMED). He also previously worked as a researcher at the Cairo Institute for Human Rights Studies (CIHRS). Mohamed has diverse research interests that include issues related to freedom of expression and religious minorities, digital repression and technology, and the global threats to academic freedom. He has published several articles with prominent outlets, including TIMEP, Jadaliyya, and CIHRS.