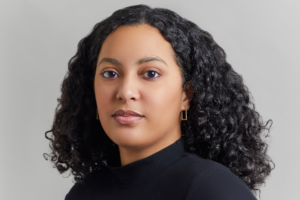 Mery Concepción is the coordinator of the Prison Writing Program at PEN America. She is also a recent graduate of Yale University, where she earned a BA in ethnicity, race, and migration. Her work on Black cultural productions, critical university studies, and abolition is informed by Black feminist theory and the Black radical tradition. At Yale, she served as an undergraduate fellow with the Yale Prison Education Initiative (YPEI), where she supported the program’s Yale-accredited courses for incarcerated students in Connecticut. She served on YPEI’s senior student advisory committee and was one of three undergraduates who planned and executed the program’s first-ever semester-long series focused on ethnicity, race, and migration.

Concepción served as a Humanity in Action John Lewis Fellow in 2020, where she explored themes of historical justice, reconciliation, and intergenerational healing through cohort gatherings and a collaborative final group project on the Tulsa Race Massacre. In the fall of 2020, she was named the inaugural Gannett Editorial Fellow at the James Beard Foundation, where she wrote on issues at the intersection of food justice and culture.