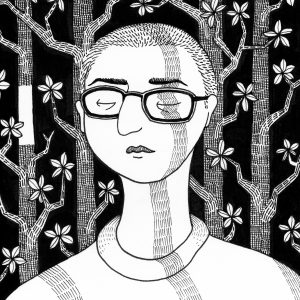 Marnie Galloway is an award-winning cartoonist and artist working in Chicago. Her debut graphic novel In the Sounds and Seas was published in 2016 by One Peace Books; other comics of note include Particle/Wave, Burrow, and Slightly Plural (forthcoming). She previously served as an organizer of the Chicago Alternative Comics Expo, and she splits her time these days between making new comics, working as a freelance illustrator, and caring for her ebullient two-year-old son.