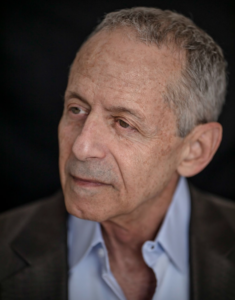 He has served successively as Vice Chairman of Merrill Lynch Capital Markets and Credit Suisse First Boston. With each firm he acted as financial advisor to wealthy individuals and a number of the world’s largest corporations.

Mr. Miller led the negotiations which brought one of the largest U.S. financial institutions into the Chinese market. Since then he has organized track-two dialogues with the Chinese government, Chaired the Finance Committee for the U.S. Pavilion at the Shanghai Exposition, taught at the Guanghua School of Management at Peking University, and helped NYU-Shanghai establish a Center for Innovation and Creativity.

Mr. Miller received his B.A. with honors from the University of Michigan (1964), and, in addition to a M.A. from Yale University (1965 – Chinese Studies), received his J.D. from Harvard University (1969). Academic honors include: Phi Beta Kappa, Alfred P. Sloan Fellowship and Yale University Fellowship. Publications include articles on venture capital, economic development, international relations, and the merger market in The Harvard Journal of Legislation, The Business Lawyer, The Far Eastern Economic Review, The New Republic, The Deal, The Nation, and Fortune with cover story articles for Foreign Affairs and Time magazine.