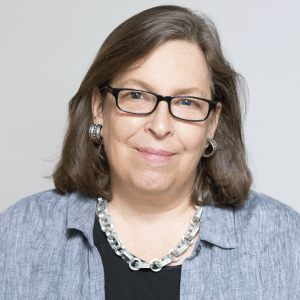 Dru Menaker is a committed advocate for free expression as a fundamental right that underpins democratic, economic, and social development. She has spent the last 13 years strengthening media sectors and advancing access to information in closed, transitioning, and conflict-affected countries worldwide. She is also a former foreign correspondent and news manager for U.S. media, and has worked throughout Europe, Eurasia, the Middle East, Africa, and Asia.

Most recently, Menaker was the Senior Media Advisor for IREX, an international nonprofit organization specializing in improving media sectors, promoting civil society, and expanding technology use. She designed, implemented, and evaluated responses to complex media development challenges globally and represented IREX to the free expression community. She worked closely with a wide range of partners, including media outlets, advocacy groups, multilateral organizations, and government and private donors.

Menaker also launched IREX’s organization-wide Communities of Practice to advance knowledge sharing in gender, conflict, youth, and technology programming. She provided ongoing leadership for this and other strategic initiatives as a member of IREX’s Senior Management Team. Menaker also was a founder and strategic advisor for IREX Europe, IREX’s partner in France.

Before joining IREX, Menaker was a journalist, editor, and media manager. As a foreign correspondent, she had postings in Warsaw, Johannesburg, Cairo, and Moscow. In the United States, she was a reporter, editor, and bureau chief for The Associated Press. She received an MS from the Columbia University Graduate School of Journalism and a BA from the University of Pennsylvania.