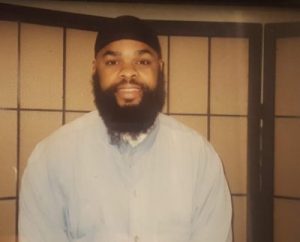 Corey “Al-Ameen” Patterson was born and raised in Boston, MA, and is currently serving a 15-years-to-life sentence that began in November 2009. Patterson is vice-chair of the African American Coalition Committee (AACC) at MCI-Norfolk. In an effort to restore the right to vote for all incarcerated people in Massachusetts, he coordinated a coalition of prisoner suffrage advocacy groups—including Emancipation Initiative, the Harvard Prison Divestment Campaign, and Families for Justice as Healing—to jointly push for prisoner suffrage via a 2020 ballot initiative. He is enrolled in the Boston University Prison Education Program and is expected to graduate with a bachelor’s degree in interdisciplinary studies in spring 2021. He is a practicing Muslim, married to a loving wife, and together they have a son. He proposes informing incarcerated people of their voting rights, providing absentee ballots to people in custody who are eligible to vote while awaiting trial, and preregistering people about to reenter so that they can vote immediately after release.