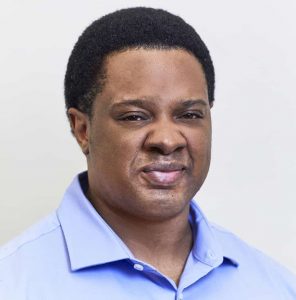 Christopher Casey is the literary activism and engagement program manager. He will build and oversee a new program at PEN America that will organize and mobilize writers, readers, and their allies from cultural and civic groups into a potent force that shapes debates on issues of free expression and social justice. Casey will work closely with the PEN Across America Program and draw on PEN America’s Members to facilitate deeper engagement in this key initiative.

Casey has spent his career driving innovative and effective activist engagement programs across a variety of issue advocacy, digital first, and membership organizations. Before joining PEN America, he was the manager, community mobilization at Consumer Reports (CR), where he was responsible for building an engagement program for its national membership. The program scalably recruited, trained, and equipped hundreds of CR members to organize thousands of events which strengthened the member community, helped them navigate local marketplaces, and recruited hundreds of new members. Prior to that, he was a National Field Organizer with MoveOn.org, where he helped design, launch, and execute a series of grassroots campaigns along with MoveOn members and coalition partners with a special focus on national legislation. During his tenure, these campaigns led to the passage of Congress’s first climate legislation in 2009, the passage of the Affordable Care Act in 2010, and the passage of Dodd Frank Wall Street Reform & Consumer Protection Act in 2011.