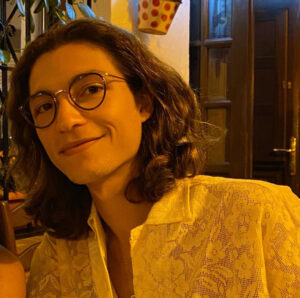 Arnold Foda (he/him) is a graduate student at the University of Cambridge, pursuing an M.A. degree in multi-disciplinary gender studies. His research focuses on feminist and queer forms of literary, artistic, digital, and socio-cultural activism, particularly among diasporas from Egypt and the Middle East. He earned his B.A. from the dual degree between Sciences Po Paris and the University of California, Berkeley, in political science and human rights. As a researcher at the Human Rights Investigations Lab at the UC Berkeley School of Law, as well as with Amnesty International’s Digital Verification Corps at Cambridge, Arnold has worked on open-source investigations to document and authenticate human rights abuses around the world. Throughout his academic journey and professional involvements, he has developed extensive research experience on gender-based violence, sex trafficking, migration and exile, international arbitration, criminal justice reform, and the defense of free speech. Previously, he was a litigation paralegal in New York, a Research and Teaching Fellow at the Berkeley Interdisciplinary Migration Institute (BIMI), and serves as a Contributing Researcher to Youth Underground. With an upbringing across Europe, the Middle East, and North America, Arnold speaks French, English, German, Arabic, and Italian.