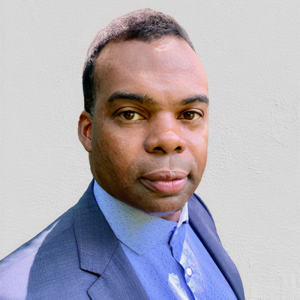 Anthony Johnson is the ACLS Leading Edge Fellow serving as the research and advocacy manager at PEN America. He manages initiatives on prison book bans and access to literature for incarcerated individuals.

Johnson is a cultural anthropologist and urban ethnographer. He holds a Ph.D. in anthropology from The Graduate Center, CUNY and a master’s in African-American studies from Columbia University. He is an experienced qualitative researcher and educator. Johnson has carried out ethnographic research in South Africa and New York City. He has also taught university-level courses in urban anthropology, African-American studies, and urban studies. He previously served in roles for nonprofits engaging in issues on urban innovation, affirmative action in higher education, and youth development. Johnson occasionally writes on African films and politics in South Africa, featured on Africa is a Country’s online blog.