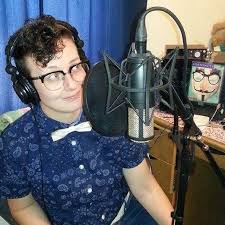 A relatively new employee at WUTC-FM, Helbert had accompanied a group of Cleveland High School students—members of the school’s recently formed Gay Straight Alliance—to Washington, D.C. as they attended the Tennessee Equality Project’s “Day on the Hill” and met with their congressional representatives. The students met with both State Senator Mike Bell, (R-Riceville) and Representative Kevin Brooks (R-Cleveland) to discuss a bill regarding gender-neutral bathroom access for transgender individuals. Helbert was wearing press credentials and headphones, was carrying a long shotgun microphone, and had a digital recorder strung across her chest, but neglected to formally inform the lawmakers that she was recording the conversations, according to an NPR statement on the case, as would be considered journalistic best practice. Parts of the conversations—which were aired on WUTC on March 9 and incorporated into an article that Helbert posted on the station’s website, but have since been removed at the university administration’s request—depicted Bell as being sympathetic regarding LGBTQ rights. Local news reports have raised questions about whether the lawmakers, who have influence over funding received by the university and therefore the station, may have pressured the university to take retaliatory action.

“We believe that Jacqui Helbert’s termination was an extreme reprisal that needs further investigation,” said Karin Karlekar, PEN America’s Director of Free Expression at Risk Programs. “A relatively minor violation of journalistic ethics should be cause for counseling or censure by the news organization, but should not result in Helbert losing her job. We urge the University of Tennessee Chattanooga to reconsider this decision and allow the station independence in terms of making editorial and staffing decisions.”

PEN America stands at the intersection of literature and human rights to protect open expression in the United States and worldwide. We champion the freedom to write, recognizing the power of the word to transform the world.  Our mission is to unite writers and their allies to celebrate creative expression and defend the liberties that make it possible.