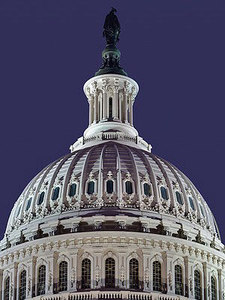 We have just learned that Kerim Yildiz, executive director of the London-based Kurdish Human Rights Projects and a leading speaker and advisor on Kurdish rights issues, will in fact be receiving a visa to visit the United States. After failing to act on Yildiz’s application for more than a year, the U.S. State Department notified him this morning that he will now be issued a visa; our hope is that it will be processed in time for him to accept the Gruber Foundation’s 2011 Gruber Justice Prize at a ceremony in Philadelphia this Thursday.

The news comes two days after The New York Times reported on a joint PEN-ACLU-American Association of University Professors letter to Secretary of State Hillary Clinton and Department of Homeland Security Secretary Janet Napolitano inquiring why the United States had not acted on the visa application, in effect denying Yildiz the opportunity to visit the country. Citing Yildiz’s numerous past appearances in the United States, which included both public forums and Washington briefings, that letter noted:

We know of no reason why Mr. Yildiz would be ineligible for a visa, and we are increasingly troubled by the possibility that the extraordinary delay in processing his visa may be related to his legitimate advocacy concerning the rights of Kurds in Turkey, Iraq, and elsewhere. We respectfully ask that you immediately grant Mr. Yildiz a visa or explain why he is being excluded from the United States.

PEN, the ACLU, and the AAUP were co-plaintiffs in the lawsuit challenging the exclusion of Muslim scholar Tariq Ramadan on ideological grounds and teamed up again to protest the denial of visas to Colombian journalist Hollman Morris and Afghan writer and political activist Malalai Joya last year. Hillary Clinton issued a waiver allowing Ramadan to visit the United States last year, and Morris and Joya both received visas following our inquiries.

In all these cases, our public debates have been sharpened and enriched by granting the visas, and we are gratified that Kerim Yildiz, too, will soon be back in the United States. As we observed in our letter:

Permitting him to visit the United States would serve the public interest, particularly because his area of specialty—Kurdish rights—is one of obvious relevance to current public debates, including those about the United States’ relations with Iraq and Turkey.