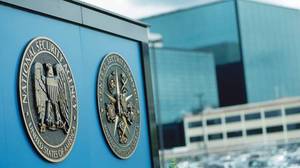 As revelation follows revelation about the nature and scale of surveillance programs currently in use in the United States (most recently, this New York Times report about phone record surveillance by the Drug Enforcement Agency), PEN American Center is working to develop a better understanding of how new powers to monitor the private communications of millions of citizens may be impacting free expression and creative freedom.

It is hard to imagine that the Founding Fathers would be comfortable with programs like the NSA and DEA telephone metadata collection, and that they would have believed that technologies that allow for the real-time monitoring of the telephone and online conversations of every citizen in the country do not pose a threat to the Fourth Amendment protections they devised. There is not much ambiguity in the text of that amendment, which reads,

The right of the people to be secure in their persons, houses, papers, and effects, against unreasonable searches and seizures, shall not be violated, and no Warrants shall issue, but upon probable cause, supported by Oath or affirmation, and particularly describing the place to be searched, and the persons or things to be seized.

But what about the First Amendment, with its protections for freedom of speech, of the press, and of the right of people peaceably to assemble—rights the Fourth Amendment was designed to advance and preserve? How do surveillance powers interact with, and threaten, these fundamental rights?

I have been reaching out to writers for insights on these crucial questions, and wanted to share two especially illuminating exchanges I have had in recent weeks, one in an email exchange with philosopher and former PEN American Center president Kwame Anthony Appiah, and one in an interview I recorded with screenwriter Walter Bernstein, who was blacklisted and closely monitored during the McCarthy era.

When I posed the question of how current surveillance programs intersect with his intellectual life and creative activities, Professor Appiah responded,

Jeremy Bentham, the great nineteenth century British moral philosopher, was the first modern intellectual to argue in English that the treatment of gay people under the law—which made sodomy a capital crime—was wrong.  But he knew that if he revealed his opinion he would be in danger. Imagine if he had thought that he could not even explore the idea in his private writings, in correspondence with his friends. Yet that would have been exactly his situation if he lived today and used his laptop and his email.

Great moral advances begin often as radical ideas, ideas that would lead those who have them to be subjected to obloquy or even to violence. Serious thinking is done by writing and by exchanges of ideas with others.  In a society that lived through the abuses of state power against Dr. Martin Luther King Jr. we cannot think that we will only be endangered if we are in the wrong. I have sometimes thought, myself, as I reflected on issues about the morality of terrorism and our responses to it, that I must censor myself in my most private writings because I cannot be sure that my writings will not be spied upon, misconstrued, used against me.

For Walter Bernstein, new revelations that our government is conducting dragnet surveillance programs came as no surprise. “We’ve been a country where at the first sight of a foreign enemy we go right into an abrogation of civil liberties,” he told me in an interview I recorded at his home in New York City on August 21st, the morning the day after his 94th birthday. “It used to be communism that caused that. It was always socialism in one form or another. Now it’s terrorism. In the name of national security, great crimes are committed.

Speaking vividly about how government surveillance during the McCarthy era chilled creativity on television and in Hollywood, Bernstein dismissed as “bullshit” the notion that those who have “nothing to hide” have nothing to fear from programs like the NSA’s monitoring of telephony metadata.

When they do things like this they use a very wide net. One of the things that was interesting about the FBI men who would come to see me was that they would always want to know where I’m living, who I’m living with, and that went into it. There’s no such thing for them as “narrowing the focus” or that if you’re law-abiding you have nothing to fear. You have lots to fear from both the direct fact that they have you in their database, and that it’s all a warning to you also. It doesn’t matter whether you’re law-abiding or not. ‘We have the power, and we have the information,’ and that’s a terrible kind of climate to live in.

Bernstein said the effect on writers working in such a climate is subtle; “It’s not direct, particularly,” he told me, “but it’s there.”

It’s not a healthy atmosphere, certainly. It’s not an atmosphere that helps create creativity or lets the mind run free. You’re always in danger of self-censorship, of saying ‘no, I won’t try this because I know it’s not going to get done or it’ll alienate the government.’

In the coming weeks, we will be posting more reflections from writers in the United States and around the world on how surveillance programs have harmed free expression and creativity in the past, and how they may threaten writers and writing in the future. For now, I encourage everyone to read the full—and inspiring—interview with Walter Bernstein, which we have posted here.