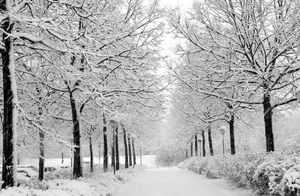 Today in the PEN Poetry Series, guest editor Maggie Nelson features a poem by Kirsty Singer. About Singer’s work, Nelson writes: “Kirsty Singer hasn’t yet published a book of poems (soon, I hope and trust), but hers are among some of the most mature, confident, rich poems I know of in the contemporary field. They contain and shred a host of binaries—they feel based in speech but intensely writerly, even concrete; intricately personal but also historical, in a geological sense; steeped in the natural, but also in the human, the urban, the political. Sometimes they seem all music, then suddenly all meaning. They flicker that way. Singer is a Ph.D. candidate in Comparative Literature at UC Irvine, and her curiosity and learnedness enliven her poetry, never weigh it down. She feels language on her pulses. Watch out!”

I would drink the kool-aid
I would and you?
delivered it in a poem
I drank it through my ear
a little milk saucer my ear
greedily
now there is water
in there I am shaking
like a dog
with my small head
trying to rebuild
our lives recalibrating
a vestibular system
the sky
my head in the sky
dangerously improbable
the tattered flags
a palm tree stupidly
buoyed up

their heads are too slender
I was thinking about a color
I was moving my mouth
in the shape of the color word
I was remembering
a box of crayons
the memory contained
“periwinkle” and “burnt sienna”
and this is a confession:
it was the names I liked

who—you are my bent heads
beloveds horseblind
one forgets
the hot breath
the enormity—up close, impersonified
brute caged by your own feeling
what is that      like
a rubber suit worn too long

but even headless the enemy
has an excess of face
the enemy vanquished like burnt toast
(I’m not trying to be funny, who can describe this junk?)
history leans on fantasy
but fantasy leans on the world
not exactly casual

oh to be unafraid and stoic as a pocket hunter
oh to sleep among the bighorn
thanks for life and move on, sheep sheepish

truthfully I speak with
one of you, one—who?
I wanted to give
last winter’s purpled light and
bare sand        the kind of coldness
stunned stilly—that breath comes out

that moonlight makes shadow doilies
under each creosote bush out here
most of them dying of nested tumors
that the dirt of rinsed lentils
oh the muck water of everywhere, unite!
things are that clear and that’s fine
this has nothing to do with mystery

this has nothing to do with vision
but lay me down in the dirtiest urban snow-sludge
I can’t explain why
but I take it as a sign of mental health
I’d like to join Hierarchiholics Anonymous
that’s what this anthem really means
this mean reeling
this desire to kneel in the dirt, to be with the dirt