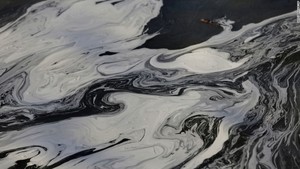 This week in the PEN Poetry Series, guest editor Dawn Lundy Martin features two poems by Justin Phillip Reed. About Reed’s work, Martin writes: “To be re-born inside these poems of chasm is a rigor not quietly undertaken. Justin Phillip Reed undoes the sonnet’s deep organization with the violent abandon of a boy become object in the stink of rapture. A ripping of form occurs. A cataclysm of self. And what do we find in these body ruins? I, for one, hear the hunt of masculine desire beating through—familiar, a known place—calling like a rustling of trees in night’s black thought. These poems at once trouble this bringing forth and grieve the ‘softness’ become ‘satchel.’ Indeed, how do we ever re-gather ourselves? When I read these poems by Reed, I’m left energized, bereft, and altered. They will forever live in my imagination.”

When I Was a Pelt

a fetish of fingers blurring threw me

a man and the engagements of his needle

and thong a window eyelidding the moon’s

glissade across my snatched nap slurred

in from outside the smell of toed-open earth

and the damp rouse of a recently nude root

at the foot of the tree where what I had

been fell I was a blunt blow beneath

a net of silhouetted nightbird perches

in stainless silence he shouldered

my sable tryst until the etiquette of lamps

shrugged me off him I was a spell

a potion’s hour of musk until

the next hand I tell you that lifetime

was a colonnade of men riffled around

the middles of their evening bodies

The smell of his crotch is the memory
of a muzzle. My mouth’s red roof holds
his heat still. Small gashes in the ridges
where he sought himself madly
bloom tiny gambles of iron. In his hands
my skull opens like a flue. I am coal ash
into winter hubris. He is not the kind
to come with warning. My maimed throat
mammys the bitterness of his children,
my chest an orphanage, the orphans
yet entitled to a house of hidden passages.
They make a game of chucking broken cups
inside the cracks. From their midnight thirst
I build my nest. I nick my rude new teeth.

The boys-in-waiting weigh their shrinking
cell. Their bodies swell a stink into
the air’s thinning potential to remain
unlorded by language. What is worth
articulation, the lungs’ dumbwaiting
crumbs of the brain’s chaos? The bastard likes
what he likes. There is little to discuss:
bit of two fingers in the cheek, headstall
of a stiff arm. Either they sing to ease
his entry, or they don’t. Here is the pulley-
jawed contraption of a boy who wants to please.
The one who rouges his bruises
with the rusted padlock: he won’t mean it
to be pleasing, that song seeping out of him.

The river rambles in the wide mouth
the floor horseshoes around it. Behind
the stone wall’s rise I think I hear a threat

of rain, and winnow my thoughts south
to the sea rumored to wreathe a mound
of us, enough to declare a state.

and I am just a satchel where the softness was.

We line the staggered shelves, hard
as jars and just as receptive, violet-
lipped and coaxing our wine-rimmed
blood toward the eventual iris
of suicides. Which is a more
nightmarish shape? At the center
the bastard sawhorses a boy whose back
must be a court’s worth of archways.
Our marathon breaths mist behind the ritual
masks: a thousand times the likeness of
the bastard’s wife, god-gazing panoptically.
His rasp ripples out through our fountain
of clenched fist. The collapsed boy searches
our single face for repair. It refuses.

The boys in general resemble his sons:
baby faces gone gaunt after any
chaingang of years. We can’t say
where time goes to get lost here.
Beyond our own bones, we’ve found
no such vacant crevice. There is the chasm
between boys like me and those I imagine
the bastard has been, and then
there is the exhaustion of vaulting—
what it takes to return from the place
where the line of his nose is lovely because
unbroken, to not admire the survival
of his tongue, to not think his lap
life’s cradle / that to die there is deific.

Death is all that brings the bastard
rhythm. A rended boy mimics wounded
deer; the hunter’s gunning cadence slides
arterial. He beats the path into a bottle-
neck of possession: horizon, splitting seeds,
imp weeds folded where the animal faltered—
each overtaken. His crescendo of spittle
leaves its dew on my clavicle’s red frond,
reflects a blush aster on his forehead.
Eager wreath of incisors. I only need
a mouth to make a killing. What maker
made me had the lips to cloak the blade. The thin
écorché he becomes in the presence of men
stutters as I gnaw my name into the splatter.

Who but a father would think to harness
a river? Before a boy is led to swear allegiance
to where he will end, where can’t he run?
The rain sends the surface ranting up the ramp.
The water mortars our bodies’ running bond—
how the bastard bound and posed us when
a rosary of moons heralded our flesh’s mannish
heap. The long hall pipes the whimpers of horded
boys the chamber’s sealing shut behind him shucks
from their sleep for years. I hear these hauntings
clash until the water ampersands its silent uprise
inside every bastardless cavity. The cool onset
of amnesia. My leather smooths away from
manhood. I capsize into an undammed appetite.