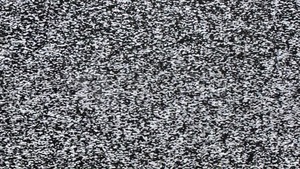 This week in the PEN Poetry Series, guest editor Cathy Park Hong features two poems by John Yau. About Yau’s work, Hong writes: “John Yau’s ‘Opinion Sonnets’ are provocative and utterly disconcerting, satirizing racist typologies that we unconsciously absorb into our psyche. The voice in these sonnets opines that ‘the Chinaman is indistinguishable, mute, a faceless assembler, ‘a curious prop’ in the ‘silver screen.’ But while the speaker is presented as some authoritative anthropologist, his English reads like badly translated Berlitz: the narration is absurdly flat-footed and the tone feels as bland as clip art, highlighting the horrifying banality of these stereotypes. These poems will get under your skin.”

By the numbers, the Chinese
tend to be pretty good at what they do.
But, in all my years of being their co-worker,
I have learned that they are not
particularly good at much else
This is why most appear to be happy
Little worker bees buzzing around their tasks
Making no ruffles or promotion shuffles
Especially if they speak very good English
And, when the occasion calls for it, tell a joke
That is actually funny to those who aren’t Chinese
None of this is entirely their fault.
They grew up differently than the rest of us.
Otherwise I like them and think they are fine.

Though seldom labeled “The Chinaman”
Wong Song, Long Dong or Ding will do
Still routine to be returned to pulver
In first shockwaves shooting across silver screen
Before depth of real story begins
Bland spotless expression worthy of his race
Usually decked in red, yellow or highlighter green
Shorthand that he is sacrificial pig
Soon to be dangled plunged flushed or frozen
Before slurping prognathous blob toting lurkers
Mildly curious prop destined for smithereen pile
There must be nothing left to put back together
Not even scraps of scavenged name
Much less look-alike face