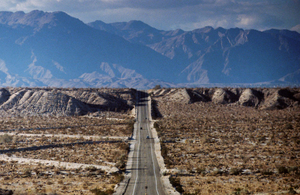 This week in the PEN Poetry Series, guest editor Heather Christle features two poems by Jericho Brown. About Brown’s work, Christle writes: “Sometimes I imagine what it would be to distill a poem into an imaginary infinitive: to contain an excess of anger within a tiny song / to open, as a bloom, an eye, a voyage / to make present the history of a body and its wounds / to close, as a tight-fitting rhyme. Jericho Brown, in these two poems, knits two environments into a corporeal being, lays open that same corpus to the world’s sometimes violent permeations. With the kind of controlled, steady release of (under)statement that implies an incipient explosion, Brown sings readers into a tense beauty, an unquiet to which we are drawn, even as it stings us.”

Light in my
Jaundiced mouth.
These yellow
Teeth need

Brushing, but
You admire
My yellow
Smile. This

Dallas is so far away
Even for the people who live
In Dallas is Dallas far away
A hub
Through which we get
To smaller places
That lurch and hurt
Mean stopping
In Dallas and all are
From small towns and farms
If all keep going
Back far enough
Pay attention
Keep your belongings near
Everyone in Dallas
Is still driving
At 3:24 a.m. off I-20
Where I was raped
Though no one
Would call it that
He was inside
By the time I realized
He thought it necessary
To leave me with knowledge
I can be hated
I was smaller then
One road went through me
No airport
I drove him home
There had been a wreck
On the interstate
I sat in traffic
My wallet on the seat
In between my legs.