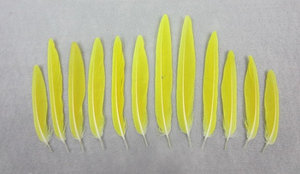 The war is or isn’t over, but coffee still brews,
sugar keeps vanishing, he’s burned his uniform
and never wears boots, his daughters
break mirrors on him to save their mother
when he returns waking neighbors,
waking his grandson. Hammock is wet,
so are his pants, the parakeet,
a wind-up clock, his daughters in nightgowns,
his grandson in their arms,
his black boots don’t make towns flee anymore—

Don has always been the wrong word. Not Don:
redacted addresses, .38s, clips in back-pockets.
To see how many he’ll kill, his grandson
throws rocks at tadpoles. One by one
his daughters leave. Don has always been
what his wife didn’t know how to wash
from uniforms. His grandson is asked
to fetch vodka when Don tries to forget
the still-opened eyes. Not even that wakes him.
No one can wake him. No one can cover mirrors in time.
No one can find the scorpion in their shoes.

Abuelos say if nuns at school find out,
guards won’t let me through Guatemala.
Rumor says they did that for Margarita.
Wind’s so strong it rips terracotta tiles—
one by one they break. I can’t tell anyone
I’m going to see my parents. (I’m going
to see my parents!) If Mom was here,
we’d split palm sticks and I’d run
to Doña Chita’s, buy shoemaker’s glue,
China paper, and nylon. Church bells
just rang. I have to ask Diosito to guard
my way across the bean-field, past
great-great grandma’s, over the fútbol field,
down the road past Mom’s best friend’s.

I wanna ask Mother Superior how long
it takes to cross Guatemala and México.
Diosito, please let me fly so fast,
roofs tell stories about me. I’ve been eating
broccoli and drinking all my milk
so parents think I’m big. Mom and I
would fly as long as it took the kite
to crash, sometimes it was the neighbor’s
avocado trees, we’d pull and pull
till it’d break, then neighbors
would come out and yell
thinking we were after their iguanas.

On this episode of #thePENpod, we speak with Uli Beutter Cohen, creator of @SbwyBookreview, about her new book, which collects over 170 interviews from the acclaimed social media movement that highlights books and the people who cherish them. https://bit.ly/3FTqNak

Would love to see you join us for this final reading from the @PENamerica Emerging Voices Fellows on October 27+28. The virtual readings will air 5-6 PM PST each night, and each reading will include personal intros from our mentors. @pen_ev @kaokaliayang https://pen.org/event/2021-emerging-voices-final-reading