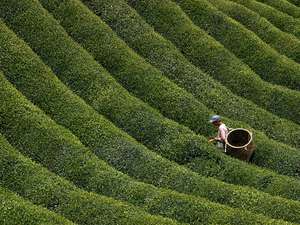 Today in the PEN Poetry Series, guest editor Maggie Nelson features two poems by Frances Richard. About Richard’s work Nelson writes: “I have been convinced for some time now that Frances Richard is one of the most riveting, rewarding, challenging, and important poets writing today; I have also long suspected that if I could articulate exactly how and why, I would be a better thinker and person for it. Sadly this intro isn’t the place for a full elaboration, so I will just say this: Frances’s poems lay waste to distinctions between cerebral and visceral pleasure, political intervention and aesthetic innovation, natural and the human-made efflorescence, while offering all of the above with astonishing plentitude and exactness. I am continually edified, bewildered, and nourished by their swirling vocabulary, their severe insistence on the interplay of form and content, their obscenely keen understanding of narrative, appropriation, syntax, and sound. I think her poems make magic of the highest order, as her new book Anarch., just out from Futurepoem, makes clear.”

Verges of sensate trigger
me, they push

against a membrane quondam toxin, explain
erasing as a way of knowing, tending

to discredit by an act of non-address

Move the object back to cover an unseemly
rip in spacetime, open

The idea “instinct-injured”
helps explain, and the rule “reverse the image

of porosity”—feel happy and so violently
porous. “Last night,” you said,

“I was killed twice by goblins,” and I coalesce
all afternoon as container-ships

to this cliff. Dolphins insert a character called

space. Beside the freeway in the salt-marsh, two herons
raise white S’s

through the lilies a swamp-bred prehistoric fish
some nine feet long. Like soapy water emptied

on the ground. How every blade of grass
bends whispering please

please. Their sound performs a cloud of gnats
entrenching in some mist some sun allows

in the midst of electricity

and sleeked my muscles and folded my silent brain
to feel the dolphins’ surge, which is not

mediate. The question was, is
this a landscape

or a portrait? The answer was phytoplankton blooms
can or used to be seen from space.

The question was “a person
has a billion dollars, so why cannot a mountain

have a billion leaves?”
The answer was there is no universally

accepted definition of “a mountain.”

“the character of your daemon is

walk out into an oncoming wall of sun

softening asphalt like a tar pit, or that time I thought the moonlight

and still withstand it, lithe stripe of mid-percussive

ingrate, convoluted or trying to have pleasurable friction, coefficient of biolocation

matter at least is not private

a hundred thousand kalpas is about right

I thought it said I want to wash the ocean

bend the edges of old trance but that was wrong

or the sweetness of a dog

there is no end

there is no end

one version of this only creates happiness

earth-movers across the street

festooned with colored ribbon while demolishing the notions & trimmings warehouse

as if each person

Once a week, the PEN Poetry Series publishes work by emerging and established writers from coast to coast. Subscribe to the Poetry Series mailing list and have poems delivered to your e-mail as soon as they’re published (no spam, no news, just poems).

When I met him: I was introduced to Sondheim at a @PENamerica event by Meryl Streep (who had no idea who I was apart from being baby Ash's daddy) and so Stephen had no idea who I was, and that was just fine by me. I said shook his hand and said hello, and went back to my table.