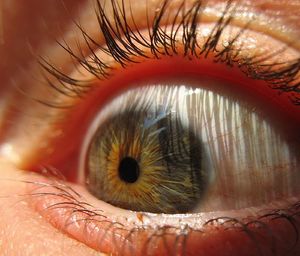 Today in the PEN Poetry Series, guest editor Maggie Nelson features three poems by Codey Rose Clevidence. About Clevidence’s work Nelson writes: “The longer I go on in poetry, the more interested I become in its limits—of intelligibility, of originality, of the new feelings it can create, the far-flung registers it can collide. Cody Rose Clevidence is a poet who hurls language against such limits. The vocabulary of these poems is sublime, scummy, desirous, mythic, and contemporary. Like Hopkins or Rimbaud, they cusp into symbol and system while also feeling gothic, material, and wild. They invite us to ‘unprayer & gentle the bloom.'”

[thrung u tyrant flycatcher my ♥ delinquent]

wrap the rock in gauze then swallow it.

all names r the same

mimic a tuneless prometheus then
placeholder in a name, denizen
where a place was held, spit
split lip a stone swallowed then
mutinous & cold

plus per lesion lance man-breast then own
song-stutterer thou regret of nature flung
far from those shores rotten “2 the core”
txt of my slang heart, math of a measured world
whatever each extinction this

I eye in it in instant
grown a gown of slime

undress before the throne.

eyeball perimeter lush allegory
replace the need– the need is a place
it is lost in. I am lost
in a place there’s a need in.
shuttle, loom, ambient pressure,
girdle the bark, stung nest
unprayer & gentle the bloom.

camouflage ze Chronos eat
by-the-sea-shore, all day
rock-of-my-rock flash
me yr barren boulders suckle
be in a position 2 suckle
the daybreak out of it

by scrotum eyed sun Olympus
in exegesis “many geese”
my chariot my Ford Excursion
Oiled the sun there Oiled it good
& greasy, there

& eyes will guide u eyeward
stammering, half-hurt, half-prey,
Actaeon, see the self is selved
is fragment, mirror, flect
each pain is an ocean each eye
opens each eye up

replication was
my plumage then
a million eyes & stone

a throne is a throat upon which a stone.

an iris guards the gates.

what once was eaten, ate.

by gaze inhabit
thy motion only

of my animal throw
geese into the sky
by their throats this
world is unforgiven.

into dimness a choir of
howls resounds in the hills

hills flooded with sunlight
hills hollowed by sunlight
trees are hollow they are a thin
membrane around their discarded cores.

& yet built a body of.
|| petulant &
boggy ravine all
“glistering” w frost

& dead the endless
procession & dead the
piles on the earth & dead
the marshgrass & dead
the prariegrass & dead the
downed dead trees
the trunks bent under,
snapped & frayed in death
weighed down w the weight
of the xcellent & living excess

Once a week, the PEN Poetry Series publishes work by emerging and established writers from coast to coast. Subscribe to the Poetry Series mailing list and have poems delivered to your e-mail as soon as they’re published.