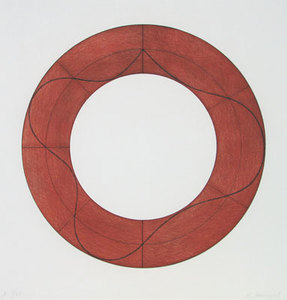 This week in the PEN Poetry Series, PEN America features two poems by Cathy Park Hong, who will serve as a guest editor of the series for the following year. These poems first appeared in Cathy’s third collection, Engine Empire.

Near starved, we find a fort of teetotalers
who begrudge us their succor.

While we eat up all their salt pork,
Our Jim sings for them in his strange high voice
of an Injun killing ranger who hitches up
with his Comanche guide.

She bears him a strapping son and is ramped
with another, when the ranger hives off
with a fair-haired sheriff’s daughter.
He then banishes his squaw and his sons
like they’re prairie beeves.

But she won’t go quietly:
she poisons his new wife with a malarial dress,
and that ain’t the worst of her sins, that tar-eyed witch
strangles her own newborn,
and the other son flees—

The ladies cry: enough of this devil song.
Then it done occurs to us, looking at his dusky skin—

Our Jim’s a two-bit half-breed.

A Wreath of Hummingbirds

I suffer a different kind of loneliness.
In the trilling ringtones of singing
wrens, cries of babies and ballad medleys,
my ears, already inured by buds,
turn to brass.

They resurrected a thousand extinct birds,
Emus, dodos, and shelducks, though some,
like the cerulean glaucous macaw,
could not survive the snow. How heavily
they roost on trees in raw twilight.

I will not admire those birds,
not when my dull head throbs, and I am plagued
by sorrow, a green hummingbird that eats me alive
with its stinging needle beak.

Then I meet you. Our courtship is fierce
in a prudish city that scorns our love,
as if the ancient laws of miscegenation
are still in place. I am afraid
I will infect you

after a virus clogs the gift economy:
booming etrade of flintlock guns sag.
Status updates flip from we are all
connected to we are exiles.
What bullshit

when in that same prudish city,
they have one exact word to describe the buried
shades of their sorrow, when they always sit together
and eat noodles during white
days of rain, always in one long table,
though not all

as a boy, my father used to trap
little brown sparrows, bury them in hot coal,
and slowly eat the charred birds alone
in the green fields, no sounds,
no brothers in sight.

Holiest are those who eat alone.
Do not hurt them, do not push them, insult them,
do not even stare at them, leave
them to eat alone, in peace.