The Lie and How We Told It

In this week’s Illustrated PEN, Guest Editor Rob Kirby presents an excerpt from artist Tommi Parrish’s forthcoming book, The Lie and How We Told It.

Kirby writes: In Australian artist Tommi Parrish’s excellent new graphic novel, The Lie and How We Told It (Fantagraphics, 2018), two old high school friends, Cleary, a genderqueer person, and Tim, an ostensibly heterosexual male, meet by chance years later. They spontaneously decide to spend some time together catching up. During the course of the evening they learn how much things have—and have not—changed between them. This excerpt captures the quotidian nature of Parrish’s narrative and how vibrantly it juxtaposes with their gorgeous painted panels and highly stylized characters. As with the rest of Parrish’s work, How We Told It relentlessly interrogates issues of gender and sexuality, pointing out that strict binaries are mostly jerry-built and easily broken. 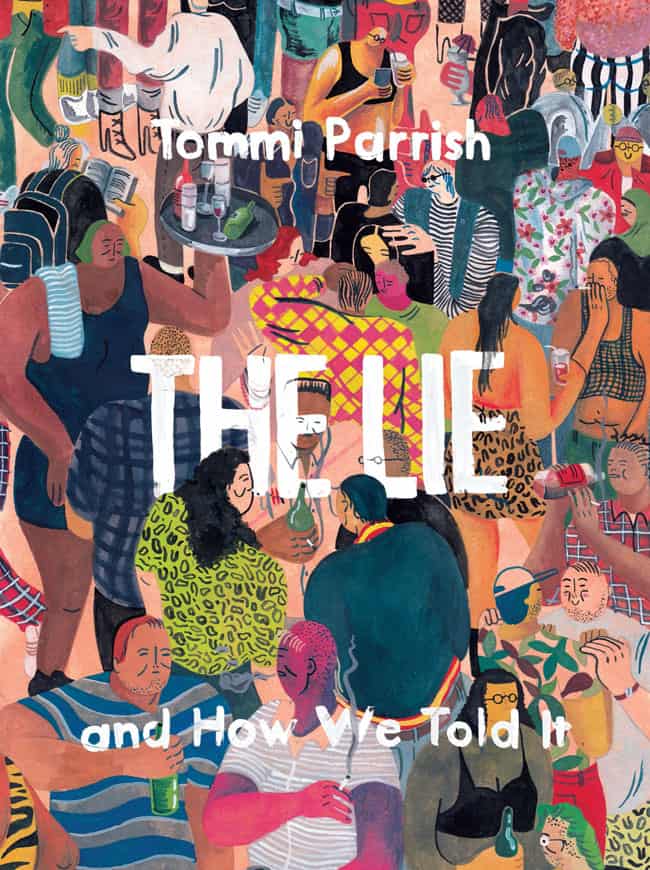 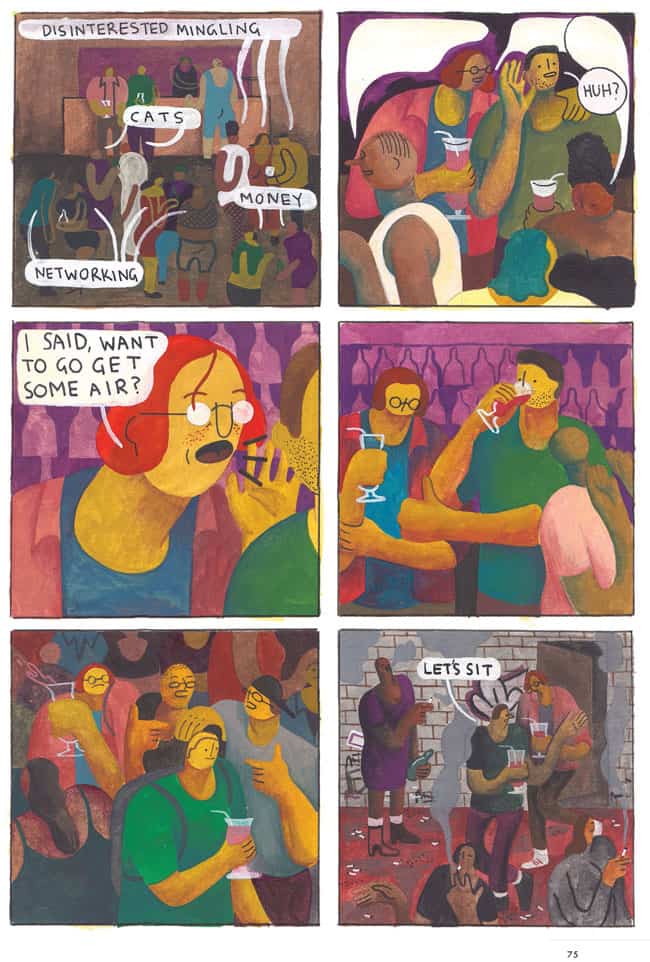 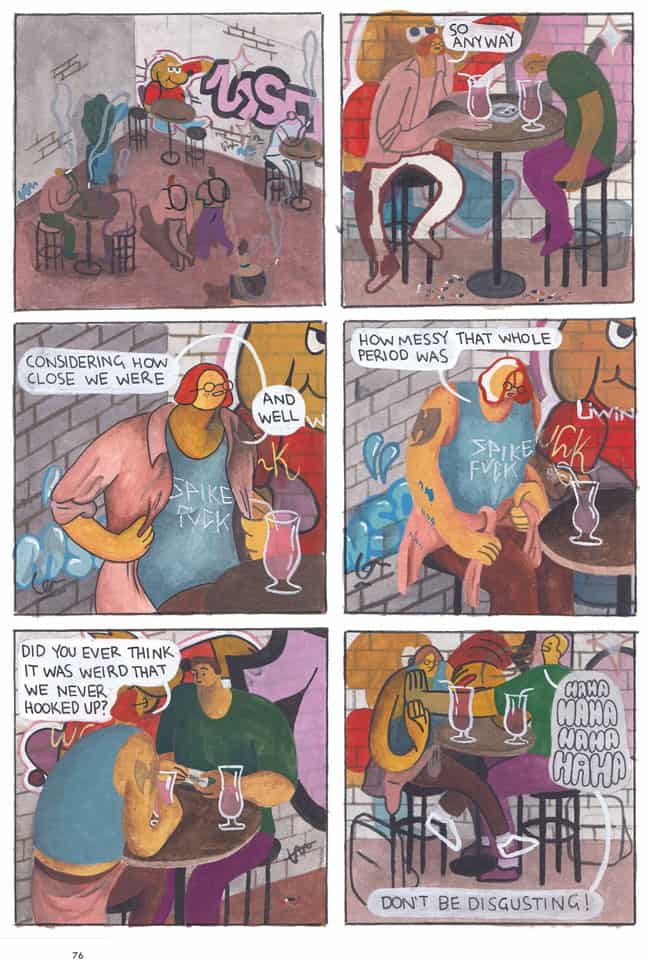 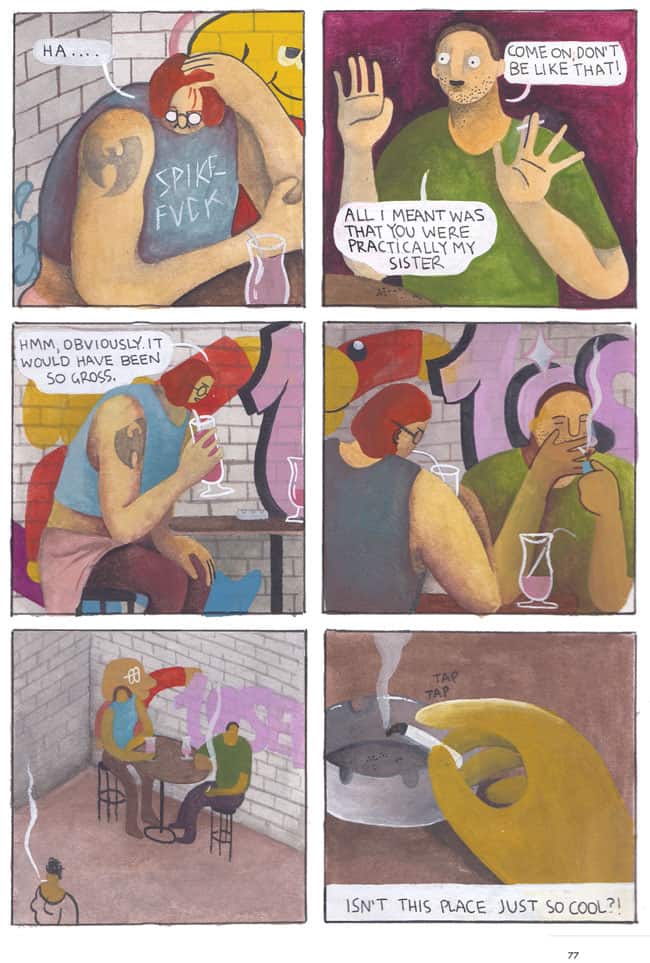 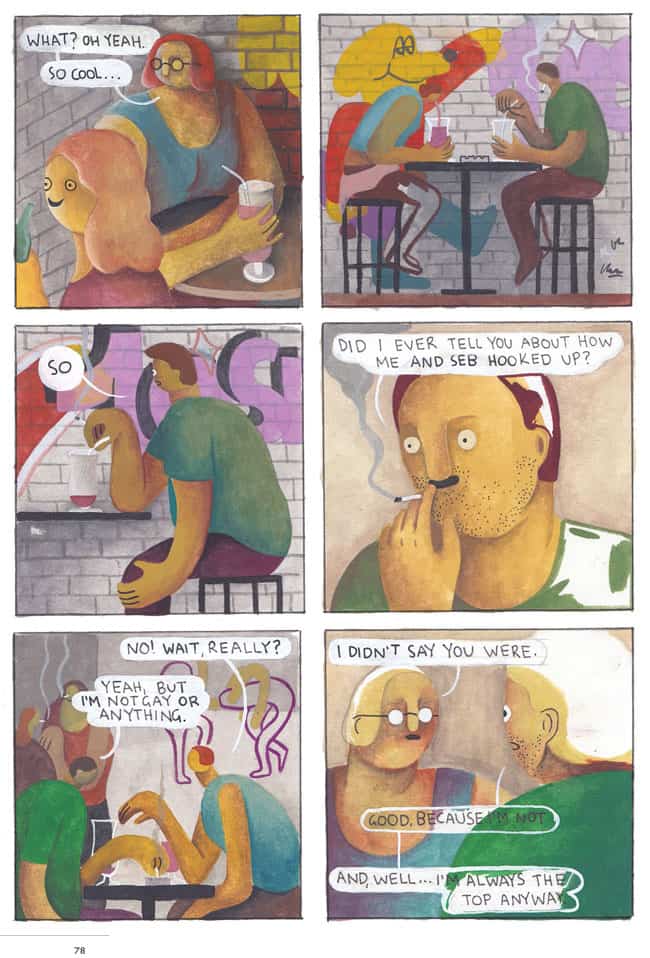 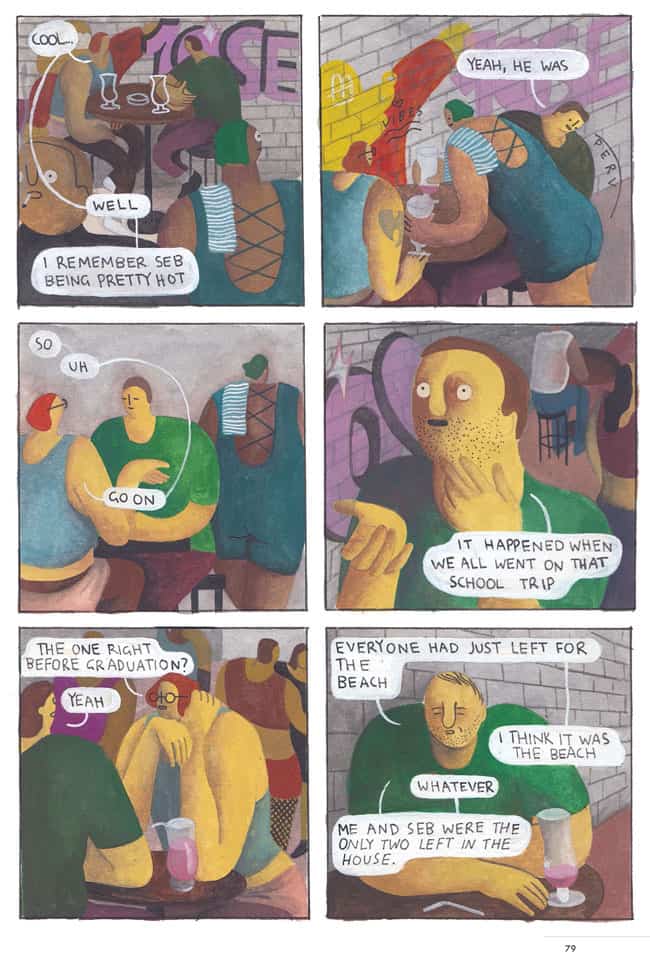 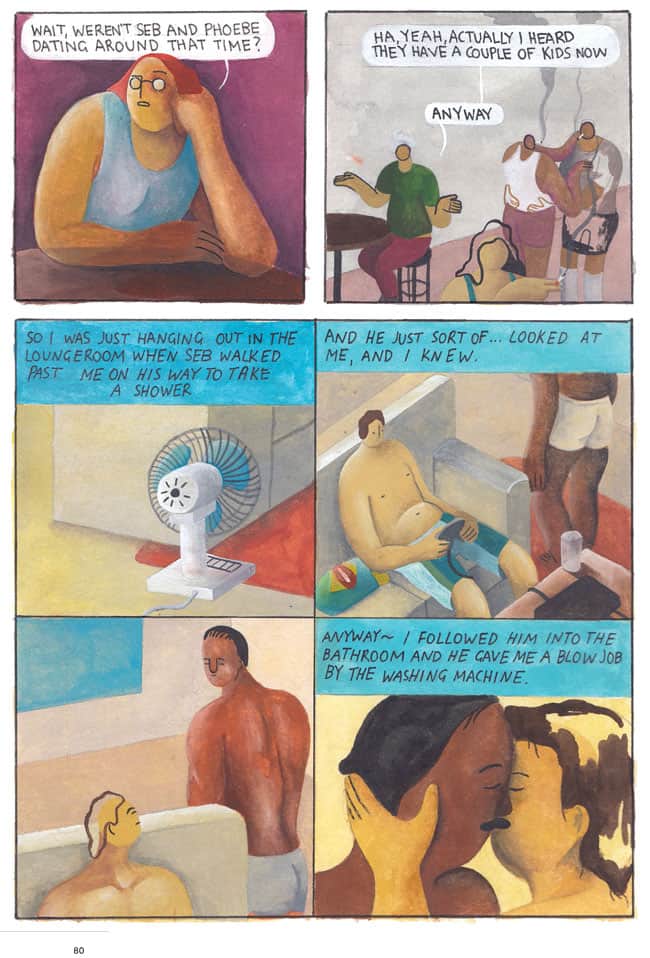 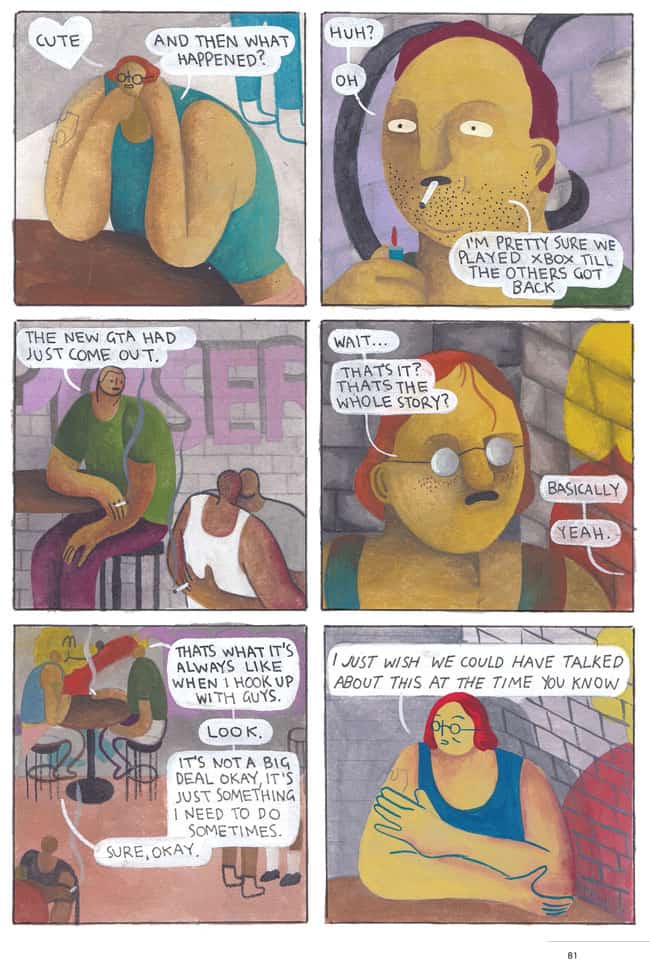 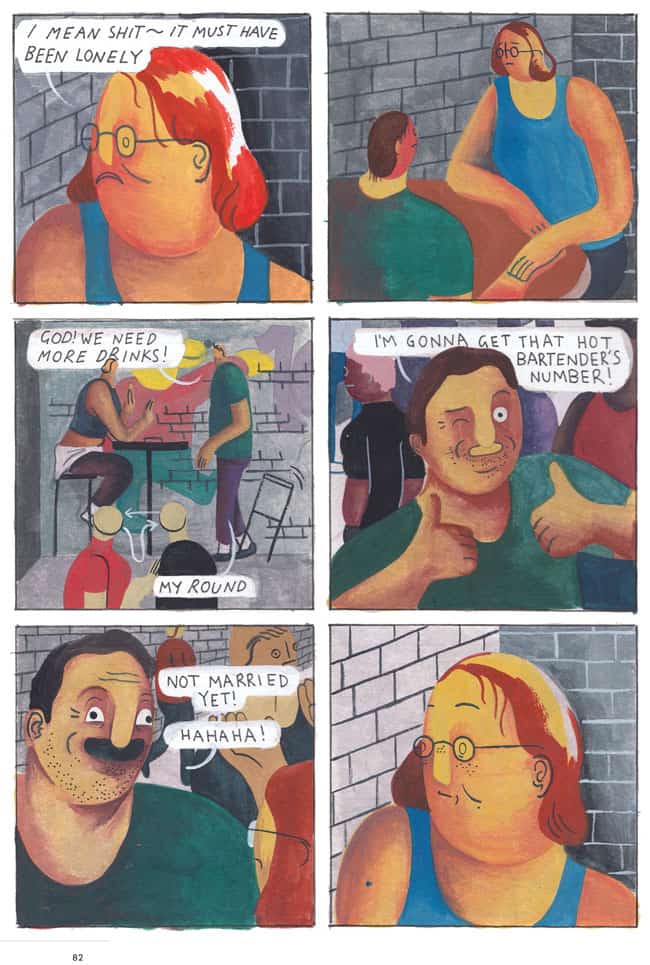 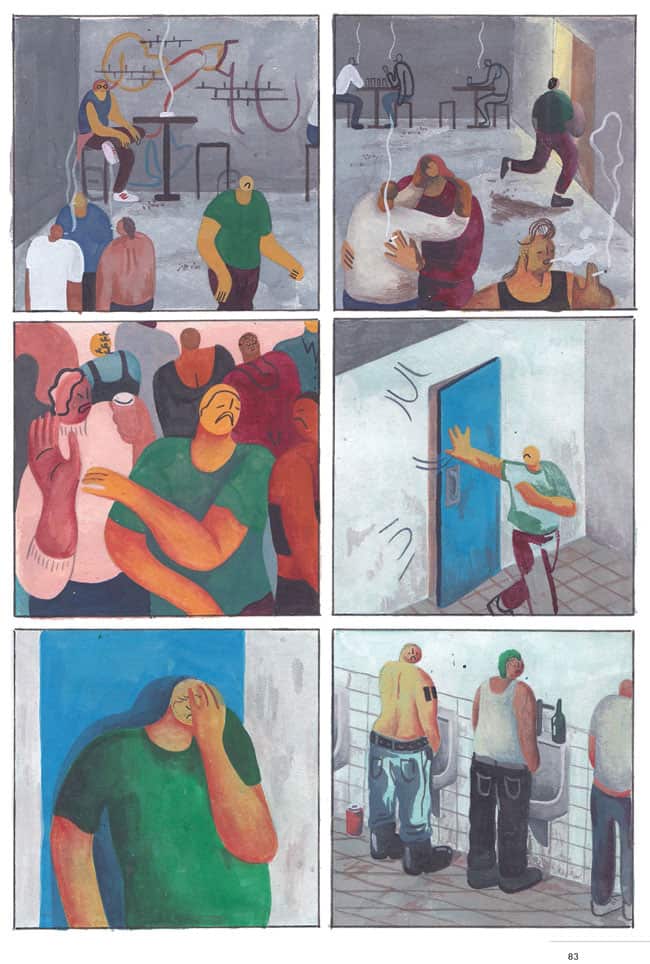 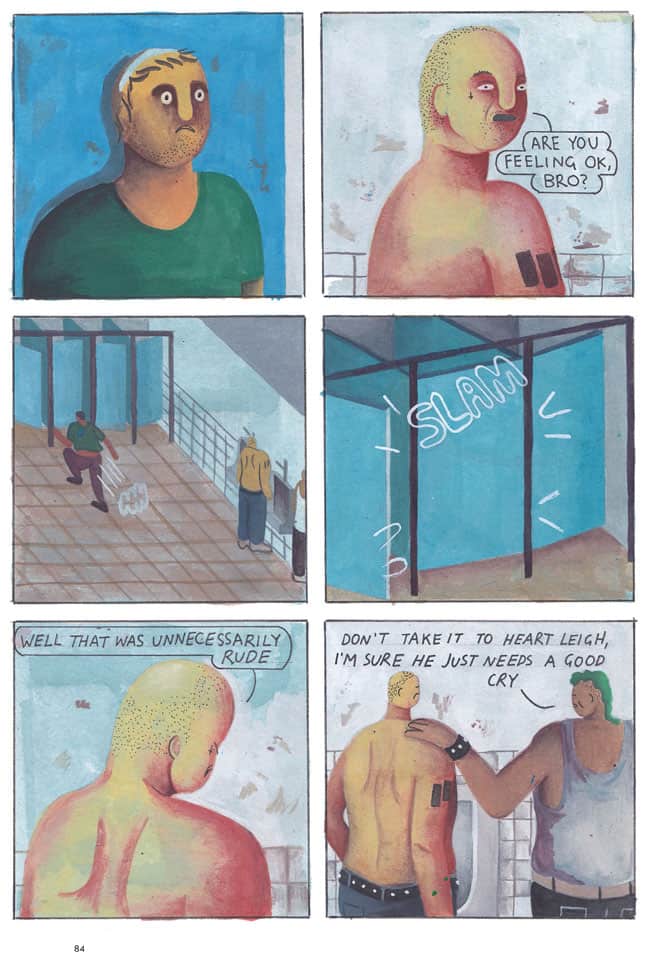 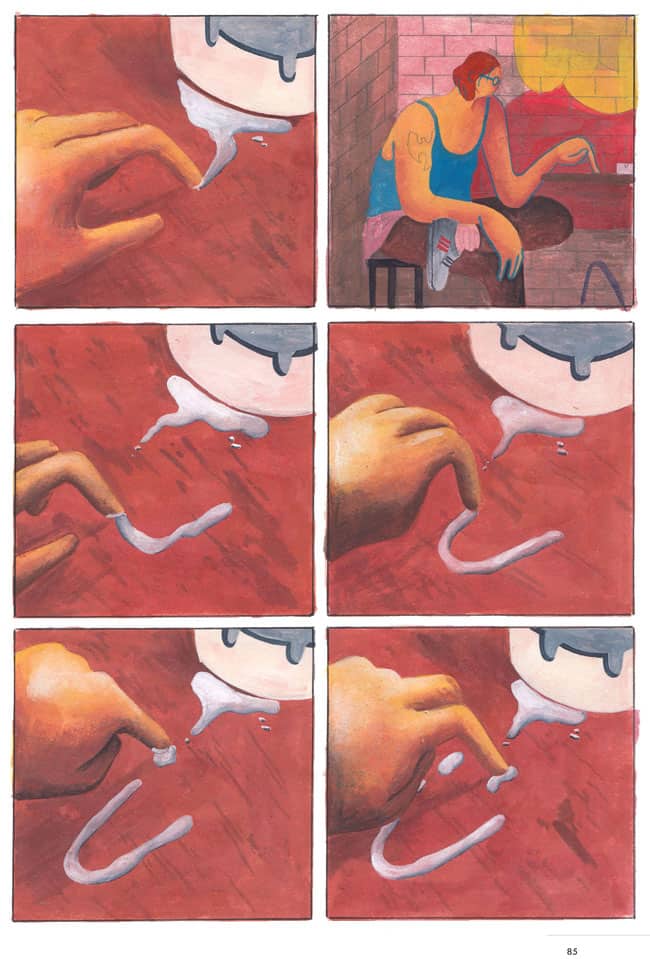 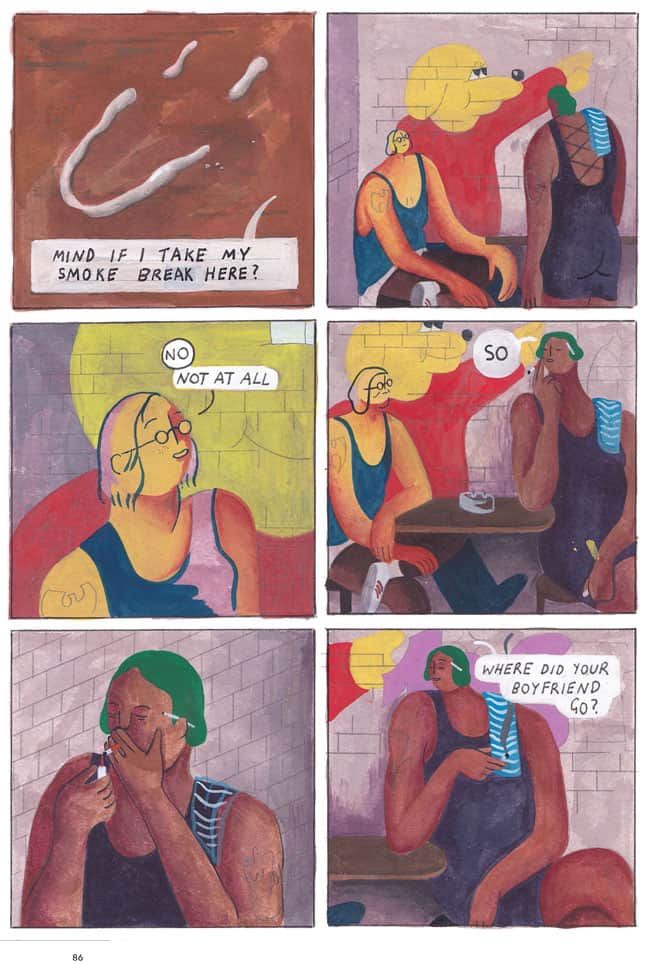 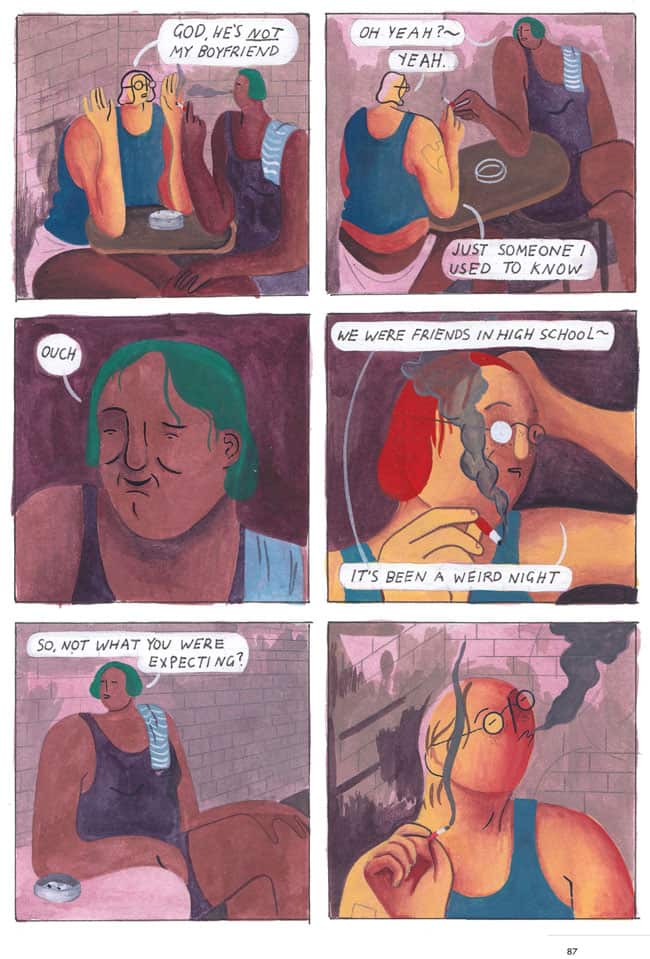 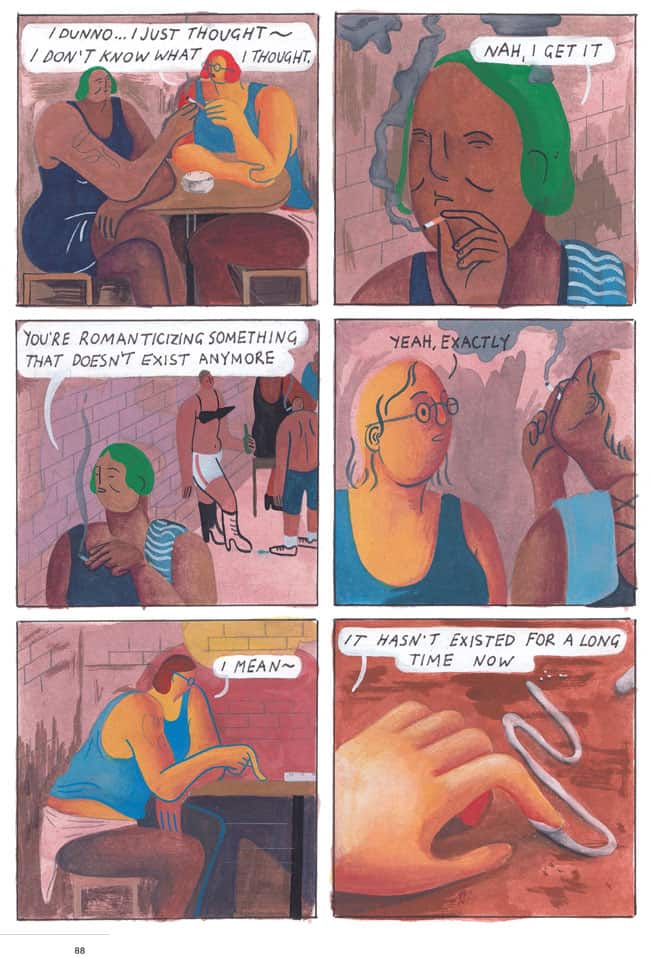 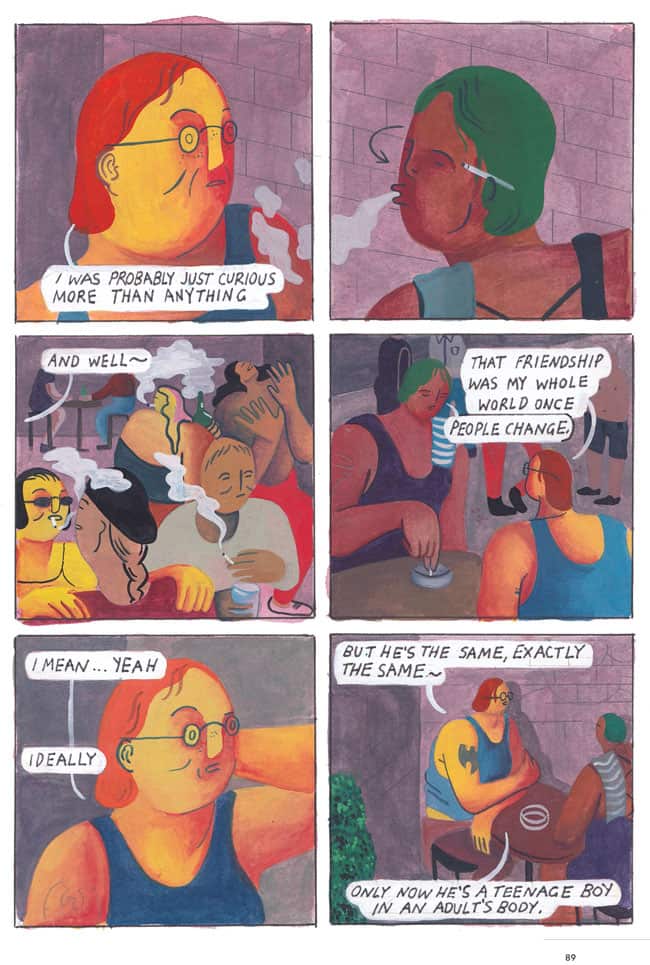 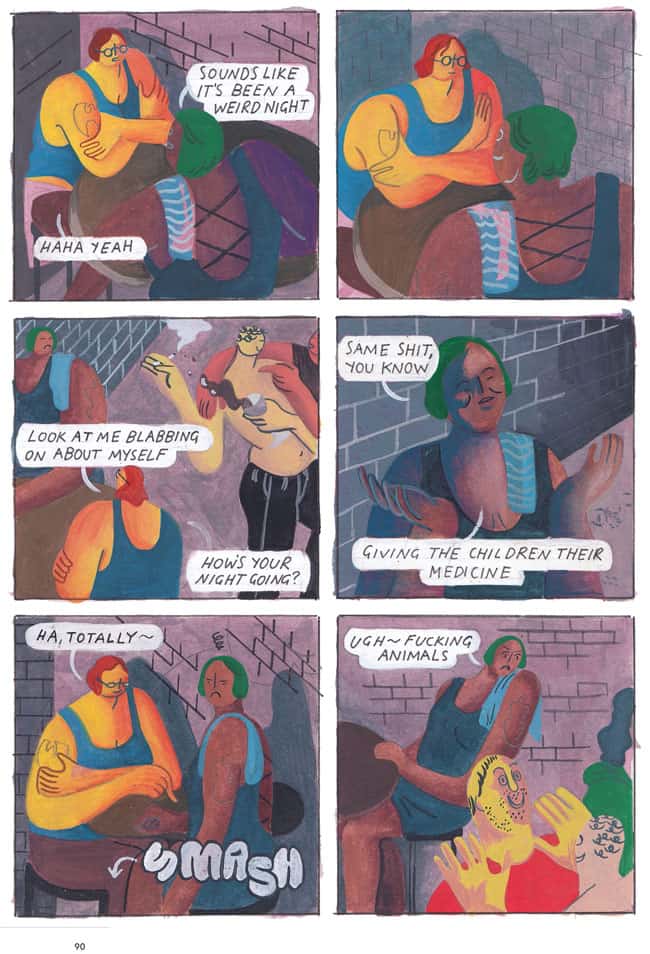 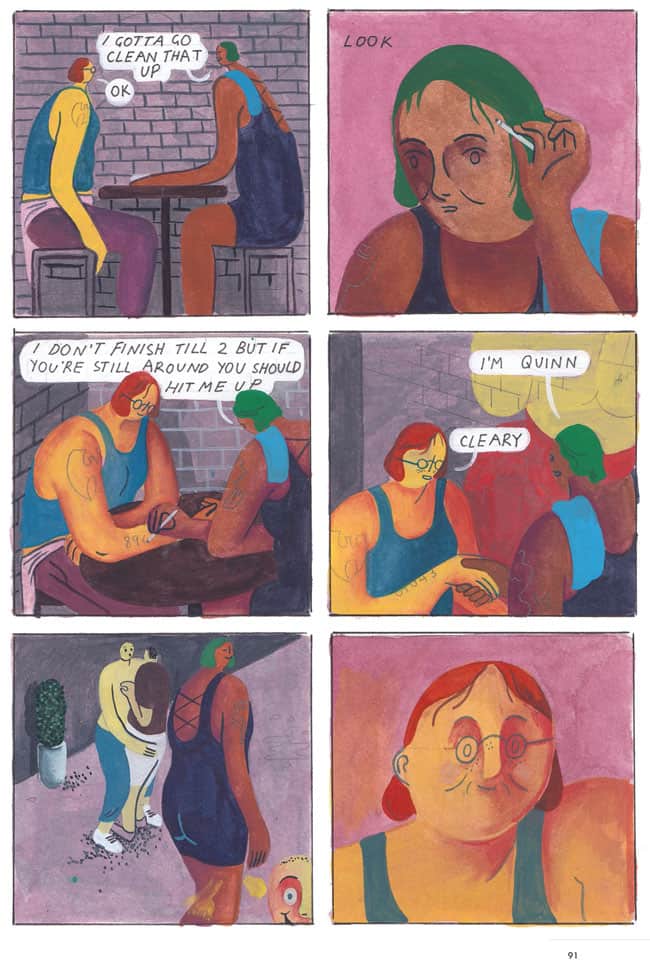 Tommi Parrish was born in Melbourne, Australia in 1989. They currently live in Montreal in a house with two dogs, two cats, and six other humans. Tommi has comics in the permanent collection at the Gallery of Western Australia, has a second book coming out with 2dCloud, and has had shows, delivered workshows, and given talks throughout Australia, North America, and Argentina. They spend their days painting comics at the kitchen table.

The Big Book of Bisexual Trials and Errors

Legal Aid sues New York City, saying that over 100 protestors have been locked up for more than a day without seeing a judge (a number that they have subsequently revised to over 200), which violates New York's 24-hour arrest-to-arraignment requirement. https://bit.ly/36Zfuwp

The @nytimes decision to print a “Send in the Troops” column from Senator Tom Cotton has led to major disagreement from Times’ employees. Cotton's military response to the protest in the column puts Black staffers in danger, they say. https://bit.ly/372M3t7

Prior to the death of George Floyd, the social media app TikTok was perhaps best known for its viral dance videos from teens. Today, it is increasingly used for social commentary and teen activism. Could this be Tiktok's own Arab Spring moment? https://reut.rs/2Mwadmq