Three Years after the Quake 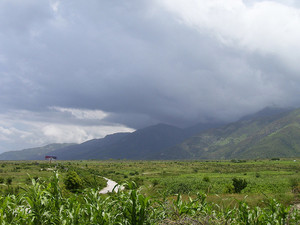 Saturday will mark three years since the devastating earthquake in Haiti that killed an estimated 300,000 people. PEN, too, was affected by the tragedy, as PEN Haiti’s director Georges Anglade was killed, along with his wife, after just having formally established the PEN center a few years prior. Three years later, PEN Haiti—and Haitian literature—is experiencing a renaissance. PEN Haiti recently launched its House of Literature, Maison Georges Anglades, which can host eight people and serve as a hub for writers around the country. The center is focusing on the next generation of writers by inviting youth to participate in workshops, as well as international writers. (My fuller portrait of the Maison Georges Anglade can be found in the January/February issue of World Literature Today.)

The recent explosion of Haitian literature was not inevitable, as not everything has improved in the country. An excellent examination of the politics of the rebuilding process can be found in this essay by New York Times reporter Deborah Sontag, and, if you’re interested in local viewpoints, the sites Alterpresse and Other Worlds Are Possible offer regular critical investigations into the recovery. Billions of dollars of international donations have flooded into the country, but it has been poorly managed and few macro-level decisions have been made by Haitians. The earthquake destroyed government infrastructure, yet an entrenched distrust of Haitian leadership by foreign officials, including Bill Clinton, kept important decisions out of the hands of Haitians, and especially out of the hands of poor Haitians. It’s not hard to see that something is amiss: just hop off the plane and watch the Brazilian UN blue helmets in their white SUVs trying to make sense of their mandate.

Nonetheless, major achievements occur every day, from the clearing of roads, to new health centers, to the building of homes and exciting new forms of creativity. This month’s edition of Words Without Borders offers a broad look at Haitian literature, especially in translation, and showcases some of the major literary events unfolding around the country. These include PEN Haiti’s Liberez La Parole! (Free the word!) festival, which featured free expression debates in five major cities across Haiti, and in which I participated as a representative of PEN with sponsorship from the Ford Foundation and the Jerome L. Greene Foundation. Award-winning writers such as Lyonel Trouillot now find themselves more in demand than ever before, being asked to simultaneously serve as cultural ambassadors, interpreters of tragedy, and creative voices. Personally, I’m enjoying Edwidge Danticat’s thought-provoking and cerebral essays on Haitian and immigrant literature in her work Create Dangerously (Princeton, 2010).

If you’d like to make a difference to Haitian literature, consider donating money to PEN Haiti’s Maison Georges Anglade by contacting Emmelie Prophete at emcoralie[at]yahoo.com. Alternatively, you can join us for the Spring 2013 PEN World Voices Festival of International Literature in April/May, where we expect to have a fantastic panel of Haitian voices.

Meanwhile, check out two poems by Felix Morisseau-Leroy, “Tourist” and “Boat People,” translated from the Hatian Creole by Jack Hirschman and read by Edwidge Danticat.