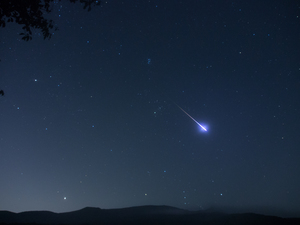 This week in the Guernica/PEN Flash series, we feature a piece by Massachusetts-based writer and editor Mark Budman. Subscribe to the series and get new flash delivered to your inbox twice a month—no spam or news, just stories.

I dropped from the skies or from heaven—whatever was closer at the moment—at the doors of the Kremlin library to research, and the clerk, an army major with a chest full of clinking medals, a carbon copy of Brezhnev, only with the bushier eyebrows and even more impaired speech, demanded 20 rubles and 40 kopecks for the entrance, and upon learning that the subject of my research was a new novel about Vladimir Ilyich Lenin, he tripled the fee because it was a three-part name, and when I paid, he still barred my entrance, saying that he didn’t trust me with an honest opinion about Lenin, because I was a Westerner, even if with a native speaker’s command of Russian, so I decided to shoot the major three times above his eyebrows: once for me, once for Lenin who now wouldn’t get a new novel, and once for Eastern Ukraine, and then to shoot myself, or maybe the other way around, but I ran out of breath before the end of the sentence. So I didn’t squeeze the trigger even a single time whilst wheezing and reflecting about the futility of life, the fragility of thought, and about the full metal jacket that speaks concisely and in an authoritative voice even though, in reality, it’s nothing but a brute that serves everyone who buys, steals, or wrestles out a gun.

Instead of shooting, I gave the major $10 and got admitted. You can’t write well in a Russian jail, dead or alive.

Lenin met me inside, and we fine-tuned the novel together like two wandering souls should.

I board a bus to New York City, and my wife has already entered it, and the bus is full, but I don’t see her anymore, and she is gone, and is she safe, and is she safe, and the doors close, and I find that instead of New York City, the bus is heading to Kostuazhani, the town in my native Moldova, the Dracula place, famous for its psychiatric hospital, and I ask the driver to drop me off before we hit the Atlantic because I get seasick easily, which is a lie since I don’t get seasick when I’m awake, and it’s in the suburbs, dark and windy, with no people and no traffic, and the toothy tongues of the trees lash at me like land sharks, and I feel worn out like Santiago from Hemingway’s The Old Man and the Sea, except that I don’t even have the skeletal remains of the fish to show for my struggles, and the sea is miles east yet, and I want to call my wife, and is she safe, and my cell phone gets tangled up in the power cord in my pocket,  though I never carry cords in my pockets because I’m no nerd, and I see two mutts mate, and the bitch immediately delivers three grown dogs with long pointed ears, one with eyes the size of an iPhone, one with eyes the size of an iPad, and one with eyes the size of a MacBook Air, and all five attack me, and I’m fending them off with the cord like a Kung Fu man from a B-movie, and I do a good job at that, and I slice an ear off one of them when another bites my wrist. But I kick him in the chest, and he falls, and I say, “all’s well that ends well,” though I’ll never know how it ends, because when I get to the endpoint, I’ll have needles stuck in me, and I’ll be too dazed and delirious for a clear analysis of the situation.

That’s what my wife, who knows what death is, tells me every day.

I’ll be floating by the ceiling, smiling beatifically, no longer Superman, a plane or a bird. I’ll descend quite rapidly through the subsequent stages, from cutting through the outer space, between the shooting stars and nebulas, to soaring through the sky so blue that it hurts my eyes, down to hanging just six feet above the carpeted floor, which will, of course, still be better than lying with the open mouth—some will say the rictus—and wide-frozen eyes in the overturned wheelchair, while its wheels will still be turning, slower and slower until they will stop to release me from this.

Mark Budman was born in the former Soviet Union. His writing has appeared in publications such as World Literature Today, the W.W. Norton anthology Flash Fiction Forward, Not Quite What I Was Planning: Six-Word Memoirs by Writers Famous and Obscure, and Short Fiction (UK). Budman co-edited flash fiction anthologies from Ooligan Press and Persea Books/Norton, and is the publisher of the flash fiction magazine Vestal Review. His novel My Life at First Try was published in 2008 by Counterpoint Press to wide critical acclaim. He is at work on a novel about Lenin running for President of the United States.