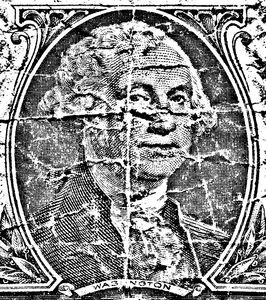 Shane McCrae is one of those poets who builds a tension in his work over which most poets either drool or dream: the landscape, the very face of his poems, inherits the conflicts that are indispensible to him as a person, and these conflicts become the mill through which his language, his lines, and his poems are ground out. Throughout Shane’s first book, Mule, conflicts of racial and domestic identity—how a person can be both black and white, how a man can be both husband and individual—force his lines to stammer and break, ultimately revealing how essential these conflicts are to the language of his poetry itself. But this isn’t work that poets alone will love and respect. I mean to pay him a compliment when I say that Shane is not a poet’s poet. As evidence of this, I urge teachers of poetry to bring Shane’s poems into the classroom, where the young, anxious, and eager students of language have also spoken up about loving and respecting this work.    —Danniel Schoonebeek

Danniel Schoonebeek: If there’s one thing poets love, it’s telling other people what poetry is and how it works. “Poetry makes nothing happen,” Auden wrote. Or here’s Charles Simic: “Poetry is an orphan of silence.” How do you know when you’re reading a poem you love? And just what in the world is this thing we call poetry anyway?

Shane McCrae: That first question is actually kind of tough for me because I’m a soft touch—I love so many poems! Maybe it’s just that I like so many poems, and the line between like and love can be blurry. It’s something like a tingling, like a small tingling rush of joy that seems to start in my chest, just above my heart and below my throat, and spreads both up and down, so that I want to say the words out loud and yet I feel a little short of breath and sped up inside, because the feeling has reached my heart and lungs.

But, of course, the second question is tougher. Poetry is a star factory, both in the Trifid Nebula sense and the (old) Hollywood sense, but for words—awe and awe together. But hopefully it’s something different for everybody.

DS: Your poems are compelled by—one might even say obsessed with—the pronoun of the people, “we.” In your first book, Mule, you confront what it means to be “we” along two lines: as a newlywed beginning a family, and as a man who belongs, so to speak, to two different bloodlines. In America today, how do we reconcile our obsessive interior lives with the fact that we are still, inescapably, part of a “we.”

SM: Self-obsession is an inevitable by-product of capitalism. And capitalism has become—mistakenly, I think—inextricably tangled up with most folks’ sense of what “the American way” is (but it’s hard not to feel free when you’ve got money in your pocket). Ironically, given the thrust of your question, the answer would seem to be that it’s necessary for each individual to find his or her own way of developing a sense that he or she is part of a “we.” If there were only one answer, only one technique or method, then really what folks would develop would be a magnified sense of self. If the path to community were the same for everybody, then the community would be homogenous (in a way that reflects personality and personal choice—the choice, that is, to take the path to community—which is a significant step beyond the homogeneity of common humanity or even common citizenship) at its root.

DS: A recent poem, “The Ballad of Cathay Williams William Cathay,” about the first African American woman to enlist in the United States Army, begins with these four lines: “A white man wouldn’t less / He stripped me naked was / Whipping me know / I was a woman.” In the same way these lines interrupt themselves before they resolve, the poem itself feels as though it was written by way of the past interrupting the present. Do you find yourself writing into history as a means of grappling with the uncertainty of the present?

SM: As easy as it seems to say “yes” (one should always be suspicious of things it’s easy to say yes to), I’m gonna have to do it, I’m gonna have to say “yes,” partly, kind of—except for maybe I want to tweak the terms a bit. For me, writing into history is a way to grapple with the terrifying certainty of the present. That is, the more one studies and writes with history, the more often one discovers that apparently large and important human developments—a lot of things most people would call “progress”—are superficial. And I’m trying to be careful with that word—the changes are surface-only, but surfaces are important; but still, the changes are surface-only. What I mean is: racism, homophobia, anti-immigrant sentiment, and religious intolerance are really all forms of tribalism—sexism and ageism, too, but whereas racism, homophobia, anti-immigrant sentiment, and religious intolerance are ways of partitioning one’s own tribe from other tribes, sexism and ageism are ways of maintaining established power structures within one’s own tribe. As I mentioned above, self-obsession is a by-product of capitalism. In order for a society which puts capitalism at its center to survive, tribalism must be fostered—by the government or by private citizens. Tribalism is the glue that prevents 300 million micro-fractures—born of 300 million self-obsessed citizens—from shattering the United States. Tribalism is as necessary to the survival of the U.S. today as it was when the U.S. was a nation of slave-owners. Now, it’s comparatively easy for a superficial change to work its way far enough down into an individual to become a deep change—and so individuals become more aware of particular forms of tribalism as a society “progresses,” and this greater awareness factors into their decisions and actions as individuals. It’s much more difficult for the same process to take place in whole cultures. I guess that was me tweaking the terms a lot.