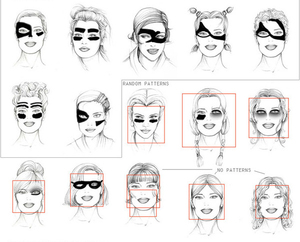 Readers, politicos, critics, poets, newscasters, non-poets, celebrities, people of earth—they’re always balancing the scales (and balancing them dutifully) when it comes to the reasons they think we should love poetry and the reasons they want us to hate poetry. When it comes to Heather Christle’s poems, there’s a movement to them, from line to line, for which I can think of no other word than slippage, and I find it impossible not to love standing on that fault. It’s like Jules Renard says in his journals: “one must behave as a coachman who let go of the reins.” And in Heather’s poems too you’ll find yourself already aboard the coach, already crossing a distance, but how far you allow yourself to drift, to slip with her lines, depends on how thoroughly you’re willing to stand on that fault line and deviate from yourself. From my tiny desk in Brooklyn, I’m thinking over and over again about the massive shifts that occur in Heather’s poem “I Can’t Swim.” In sixteen lines, she drifts between “standing in line” and seeing herself as a person so gigantic that “if someone wanted to weaponize me / they would tell me to lie down on New York.” Each time I read these lines I feel a familiar twinge of panic, I want to evacuate myself, and over there I see the reins bobbing wildly against the side of the coach.     —Danniel Schoonebeek

Danniel Schoonebeek: Your second book, The Trees The Trees, contains this line about running (I think literally) into a tree: “I ran so fast I left my own / self behind.” Do you think this impulse to leave the self, this desire to escape it or evade it, is a defining trauma out of which American poetry is written today? Is it a defining trauma for all Americans, disgusted as we are sometimes with our own inheritance? And maybe you want to say something about Stein’s line about Oakland, how she returned to her hometown and famously wrote “there is no there there.”

Heather Christle: I think I’d say those fine lines (mine and Stein’s) are as literal as language can be. Or that they mean roughly what they say. I’m hesitant to go further in generalizing what defines American poetry today—whether in terms of trauma or otherwise—because it’s such a fuzzy set. Where, for example, would selfie-ism (a very exciting movement which will undoubtedly have lots of adherents) fit into this scheme?

DS: There’s a lot of work happening in this new poem, “Swell.” There’s shoveling, baking, consolation, undressing, breathing, praying, forgiveness, you name it. Even the broken and indented lines have to work together to ford their white space. What’s work been like, the swell of it, in your life? The work of writing the poem, the work of marriage, the work of making money, the work of editing, the work of shoveling, the work of keeping “the work” original. How do they all shake out?

HC: I spent much of this winter too pregnant to shovel. (I missed that work nearly as much as I miss hot baths and cocktails.) Instead I focused on judging my fellow villagers’ lack of shoveling, the work of the noisy Puritan in my self(ie). It’s been a blurry several months of work since I finished teaching a poetry course at Antioch College in September. Since then I’ve traveled to briefly read and teach in a bunch of different situations, have slowly assembled and arranged new poems into a new book, have researched and written much about crying, have cried, have read and written words about the words of others, have worked to learn what it is to have a baby. Any day might contain any combination of these acts. Some of these acts lead to money. I do not believe in trying to keep the work original. If that happens—if such an occurrence is possible—I believe it is necessarily a byproduct of a desire to pursue other questions.

DS: In the past year, surveillance has pushed to the forefront when it comes to political issues for American citizens and American writers alike. How do you negotiate these issues as a writer and as a citizen? Do you censor your work, what you search, do you feel intruded upon? And is this an issue of privacy or freedom of expression?

HC: I do not censor myself, so far as I can tell, in what I write or search for. In the dailiness of my own life I am much more aware of the possibility of commercial surveillance than I am of the governmental variety. But when I think of the lives of others, I fear for the privacy and safety of many people, especially if they happen to be Muslim.

As someone whose work sometimes coincides with the world of academia, I should also say that recent efforts to silence educators working to teach labor history, for instance, make me ever more certain of the need to fight to preserve intellectual freedom. And lastly, to end on a possibly hopeful note, I admire the commitment and creativity of those seeking ways to provide safety and privacy to others, through innovative responses to technology, whether helping to blur the faces in videos of protests, or designing anti-surveillance makeup and clothing.