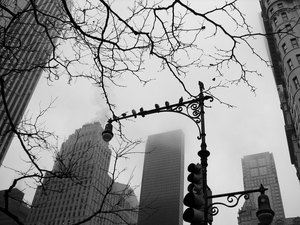 Like gasoline, C.D. Wright’s poems are charged by their own volatility. The voices in her poems may break down or evaporate, but they leave behind their trace as the poems press onward. The result, to use one of C.D.’s own words, is a “welter” of voices and images that weave a crosshatch throughout her entire body of work. Calla lilies and copperheads rub up against the voices of Ozark commoners, advice columnists, and youth in revolt. An organ cactus will lead us into an argument between a man and a woman or a segretionist’s rant. The work undertaken in Wright’s poems is the work of making a public record. She wants the voice of injustice and she wants the voice of those who protest it. She wants the fall and the rise. And as much as this work in an effort to “get the present inside the present,” as she writes in One with Others, it’s also a way to ensure that we never “hear the engines of dissent run down.” —Danniel Schoonebeek

Danniel Schoonebeek: If there’s one thing poets love, it’s telling other people what poetry is and how it works. “Poetry makes nothing happen,” Auden wrote. Or here’s Charles Simic: “Poetry is an orphan of silence.” How do you know when you’re reading a poem you love? And just what in the world is this thing we call poetry anyway?

C.D. Wright: Poems matter when they enter something that matters to me in a way for which I have yet to find my own language. It’s the point of entry that engages my interest, and then it is the unfolding of thought in a very particular form that attaches to the way I aim to experience the world. It may or may not affirm what I suspected to be the case, but it trues me nonetheless. Words are precious and vulnerable. They are  readily manipulated, disfigured. Poets use a lot of angles to bring their integrity to the fore. I remain interested in those angles.

In a lunchtime conversation with Robert Creeley (here in Providence), he told me he didn’t think you could get three people to agree on what poetry is. Maybe he said, on what a poem is and what a poem is not. It does seem futile. To some extent it’s what all of the other genres (as they are marketed, not as they are practiced) are averse to embrace. I believe poetry should bear in mind what W.S. Merwin called an essential, in the sense of an irreducible language. Any definition I threw out could be shredded from all quarters, but I certainly don’t think poetry aspires to the ineffable. Genres are confining and date themselves. Poetry takes in; it’s a good space to explore what’s been ignored or neglected inside the boundaries, and a good position from which to make a run for it over those boundaries.

DS: “The world is not ineluctably finished,” you write in One with Others, “though the watchfires have been doused,” These lines look back at one of Frost’s most penetrative questions: “what to make of a diminished thing.” But Frost was dealing with a different America, a modern America, and One with Others tackles both present-day America and the racial upheaval of Arkansas in 1969, six years after Frost’s death. So what do we make of a diminished thing in contemporary America? And are we wrong to think ourselves diminished at all?

CDW: I think poets are constantly charged with recharging the world, such as it is, in whatever state it is inherited. If you are referring to our reduced status in the new world order, well, the more outside we become, the more interesting our distanced perspective could become. We get an increasingly unobstructed view of things. Driving home to the East Bay, I often see hawks on top of the highway lamp posts. It is worrisome that these are the tallest objects from which to eye their next meal. But I admire their adaptation to the best available perch. Yes, of course I hate it that poets are not part of a larger conversation, but I would qualify by saying I am not very convinced there is a real conversation going on in any expansive, thoughtful sense of the term.

DS: Your work often looks backward in order, as you say, to “get the present in the present.” In art, this work is often undertaken to prevent a moment, a story, a person from falling into the arena of the forgotten. Can the same hold true for the voices of silenced writers, who don’t have the privilege of freedom of expression? Do we have a responsibility to get the voice inside the voice, so to speak, by listening for the places where voices have been silenced?

CDW: Voices silenced by the forces I assume you mean. Those voices have to be heard. Absolutely. They are saying what they see, what they experience. They are not mouthing off so they can go to prison and forfeit what little freedom they have. Clearly authoritarian states are afraid of even small, solo voices. Less mucked-up states with grandiose images of themselves are afraid of truth-speakers as well. But they can just paper over the dissenters with very clever advertising and most unsubtle propaganda. They just carjack the language. The weirdening never lets up. Ergo poets shouldn’t either.