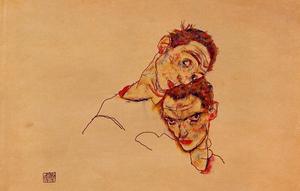 Brian Blanchfield will serve as a guest editor of the PEN Poetry Series beginning in October 2015. Read Blanchfield’s essay “On Reset” here.

Danniel Schoonebeek: I’m fascinated by the way your poems decide what they want on the page. In your most recent collection, A Several World, the poems feel like they choose which directions they want to move, which rhythms and emotional leads they want to follow, which parts of the world they do and don’t want to dog-ear. Much has been said about poems being a series of choices, but who do you think calls the shots in your work? How do those power dynamics assert and subvert themselves?

Brian Blanchfield: Well, as you suggest, to some extent, the control over the developing poem is not exclusively mine; I am not “making the words say” what I want. Because, writing is not a direct transfer from thought to expression. That’s often the first notion that the daunted or frozen writer has to thaw—and I say that as one who is susceptible to wintering over. Language resists, absorbs, scatters, sorts, combines, burnishes the phrasal increments you find as you set them down. I mean, relationships among the poem’s elements suggest themselves, once language is in play, and the work is to tend them (and my tendency is to work them), learning the logic of the overall piece, which is always a departure from your incipient designs. I find I revisit and test and import and bend those early plans as I go. Sometimes music is driving, sometimes pattern, sometimes subject-predicate agreement; sometimes candor, quandary, caprice. Each move you make alters the scheme, which then suggests a different move. That dynamic relationship between medium and artist is at the heart of the practice of poetry, for me, and I wouldn’t call it power play.

Your word choice, and your ambivalence about it, bring to mind an essay I like, Ann Lauterbach’s “The Given and the Chosen,” which I know only in the form of a recorded lecture and q&a, given five years ago, and viewable still on Vimeo. Apart from providing one of the most thoughtful and pertinent readings of George Oppen’s “Of Being Numerous,” her essay makes a (notably open, vulnerable) kind of appeal for poetry as a site of the sort of traction she suggests we are in danger of forfeiting as a culture. She posits that we are drawn to the work of certain writers and artists for a proxy experience of their engagement, their “ways of distinguishing, turns of mind; indeed…the very moments of choice, in the motions of composition.” If I read your poem, I turn the clockwork you turned in making it, some of my discoveries are ones where the material reveals when you confronted givens and made contingent choices. I meet you there. We keep company.

DS: When it comes to free expression, people in this country often have a hard time reconciling their constitutional privilege, and the many other privileges out of which they speak, with the act of speaking itself. How do you define and negotiate the responsibility, as a writer in this country, of challenging our privileges and our sensibilities? And how do you handle that responsibility editorially?

BB: I’ll say this, or I’ll repeat someone else who has said it well: We is not the plural of I. It’s an important reminder in any discourse. A good starting point.

In my reading of literary history, it seems a lesson is learned repeatedly: to be wary of a universalizing poetics, especially one with degree-zero subjectivity as its goal or stance. Where impersonality is a tactic, we’d better hope there isn’t mission creep.

A Several World is actually a book with a lot of we in it. Some of the poems have a patently fictive or even a kind of demented pastoral impulse, in which “we” often speaks for a kind of imagined collective, a (queer) community, a (lost) commons. That’s a primary tension of the book—the individual separable from the plural—exercised already in the book’s title, which is taken from a Robert Herrick epigram: “Here we are all, by day. By night, we’re hurl’d / by dreams, each one, into a several world.”

As it happens, the book I’ve just finished, which is prose, a collection of essays called Proxies, has quite a lot of I in it. That is, a lot of me in it. And it’s in this capacity I know better how to address “the responsibility” of the writer. It’s a book of twenty-four single-subject essays (on Foot Washing, on Dossiers, on Minutes, on Frottage) and its rotating concerns are sex and sexuality, poetry and poetics, subject positions in American labor (not excluding academia), and my upbringing in working-class, Primitive Baptist, central piedmont North Carolina. While writing it, I suppressed all recourse to outside authority (internet off, et cetera), consulting therefore only what I know, estimate, remember, or misremember, thinking through the subject at hand. The book then finds itself averse to crowd-sourced consensus knowledge and niched, juried intellection. And I uncover here a responsibility I feel—especially where I am expressly unbeholden, outside institutions, where I name names and numbers (salaries) and disclose situations perpetuated by their obscurity—to attempt disinhibition, to include affective knowledge, to be inside the body, to report from a place of personal discomfort or unease. Ursula LeGuin says in coming years we’re going to need writers who can remember freedom. I am answerable to that, and for me right now, this is its terrain.

DS: There’s a brilliant sequence in A Several World called “The History of Ideas, 1973-2012” in which the poems are bookended by quotes from both a dictionary and from a specious crew of Blanchfield-appointed justices. Rereading the book I was startled at how palpably I felt like your poems were in conversation with Marianne Moore in some odd way, and of course the title comes from Robert Herrick. My question is about pinpointing: do you feel you’re in conversation with history, do you feel you’re part of a certain history of poets or artists in this country? Do you say to hell with all that?

BB: The thirty-nine years of history within the parameters of that title were also, at the time, my lifespan. So the term of my lived experience corresponds to the field of those twelve poems, each of which begins with an epigraph from the original 1973 edition of a four-volume reference work called The Dictionary of the History of Ideas and ends with a platitude attributable to a popular intellectual of our time: Thomas Friedman, Malcolm Gladwell, Pastor Rick Warren, Antonin Scalia, and so forth. The suite of poems suggests the measure of an intellectual history since 1973, which was in this country a kind of apex of academic humanism, Christian tolerance, Sesame-Street discover-yourself self-actualization, collective bargaining, and truth-will-out investigative journalism, among other notions. The poems sort of open onto “scenes from an epistemology,” episodic updates on the history of authority or space or casuistry or empathy, all entries in the Dictionary. In that attention to contemporary history and what it holds or lets drop, I think I’m in conversation with a number of living poets similarly invested.

Farther back, yes, Marianne Moore is an important poet for me, for sure, (and she and her mother make a cameo in one of the poems in this series), and I’d be lucky to achieve the precision and collagist’s esotery of her method in those midcareer sequences of hers. I learn from too many poets to name here, and from across several eras. I am particularly drawn to those poets not easily plotted or pinned on the map of literary history, who complicate the taxonomy. Here I flash on Stephen Rodefer, who passed away last month. It is part of his achievement that you cannot decide along which lineage to appreciate his extraordinary and idiosyncratic body of work. He himself confounds the trail: my favorite poem from his early collection Lies of the Artists begins, “Hart Crane called his parrot Attaboy.”