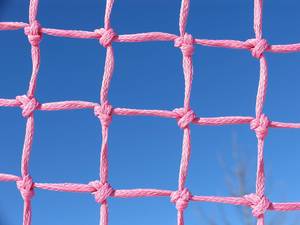 This week in the PEN Poetry Series, guest editor Robert Fernandez features three poems by Mark Levine. About Levine’s work, Fernandez writes: “These poems by Mark Levine describe a condition of exile between what’s said and unsaid, what’s possible and impossible—between adulthood and childhood, facility and debilitation, the past and present. We find ourselves perched on the lip of ruin—the ruins of history, the ruin of self—and this can precipitate dread and anguish, arrest and collapse, or it can, as in Levine’s case, provide a charge, a surge of blood and adrenaline, pitching the poem toward understanding and truth. Here the poet at once trusts and denies that he is carried ‘In a fiery spume of [his] own singeing.’ In this self-questioning there lies an ethics. The poems, too, are as nuanced and sophisticated explorations of melancholy, hope, and hopelessness as one will find in this day and age.”

There is a brand of play called muteness
Beneath the play yard’s interlacing branches.

It appeals to children born
Entre deux guerres, whose specialty it is.

It is mutiny; that is, a tongue
Of foreign origin ending in grunts.

For the mutating appendage makes of speech
A combat; an internment.

There is a brand of child assisted to the play yard
By his keeper fussing with his zipper.

As he sets hard sweets on his tongue
He neither chews nor swallows.

Such children can never swing too freely
From the elm’s loping barkless arm.

It is mutual. There is smoke on the air, tarry,
Commuting the industry on high

As the children simmer with speech within
Their word-cloud.

And someone or something is calling them home
A familiar voice, if they have one.

Old man is done. Here I am dancing
Dancing in my own step, as others skirt by
Wheel by, are jerked by
By their loose lashes
Here I am ringed round by glistering prongs
Primate
Solo dancer
Stalking a window like a reasoning housefly
In a hexagonal mirror
An ambulette. I do not dance
As I danced in prior light
Under a name (Aron)
A pair of mynahs vying for my
Flame on each shoulder,
White wolf, wonder-working rod,
Cloud spiller
That dance is but done, lord.

That wasn’t the half of it.
The third man sat for a quarter hour
Downing a fifth of Bacardi
In a shower of ice
Before emerging from a noodle bar
At Sixth and Bleecker
(For it could not be any)
En route to Film Forum
For a private showing
Of The Seventh Seal and
I am distant kin to Burt Bacharach
Eighth of nine siblings
Or the second of two depending
On one’s genealogical screws
Regardless am the only
Eye still blinking after a proper
Nazi trampling. I’ll not see twenty-twenty;
Not twenty-ten; have scrubbed my cataracts
In a dizzy ravine
In my forty-sixth summer
Of premature evacuation, having misplaced my walker
In an essence of soda water
And earth to make a bed
For jackpot winners. But I was about to say
When Chance came and cut me down with his Wehrmacht
That I was present on the assembly floor
And accountable for this little industrial
Severance of a couple digits
Leaving me ninety-nine and forty-four hundredths
Clean.
I’ll never again wish myself back to that state
Sponsored shower as long as I.
The sixteenth squadron spared my hide
Emptying its gunwales in me for thirty seconds
As I stood frozen on the ladder’s twenty-seventh rung and
I like to think some boy’s been swinging there
On the forty-ninth parallel called Heaven
In the northerly taiga where the shales
Are asleep in a pharmacological hush
And when my sinuses clear
What am I.