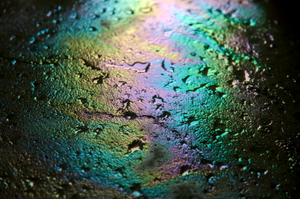 Today in the PEN Poetry Series, guest editor Shane McCrae features three poems from Jennifer Kronovet, author of the poetry collection, Awayward. About Kronovet’s work McCrae writes: “Jennifer Kronovet’s first book, Awayward, was a startling—a renewal of lyricism that read like the invention of lyricism. Reader, I don’t know if you’ve ever listened to a band called Tindersticks, but on their first album—which came out in 1993—they played rock ‘n’ roll like they were just then inventing rock ‘n’ roll. In Awayward, Kronovet played lyricism in the same way. Her new work, though, is something else entirely. Well, not entirely—still one encounters surprising, sudden and apt phrasings, still one sees in a new way through the poems. But her relationship with language is more troubled now, and full of a refreshing sense of doubt about the utility of language itself. Kronovet, in her new work, seems to at least partly share a perspective with Laura (Riding) Jackson—although, crucially, Kronovet’s poems don’t read as if they somehow retroactively defeated their author before she wrote them. They amaze and do not kill, but restore open questioning.”

There is a window of time to make language how the mind
works. Words as milk so the mind survives on language.

Prove it. Take a boy who left the forest and became
evidence. Victor, until 12, knew only the sounds of rain on
leaves, on rock, on dirt—no voices down the hall. No voice
in the head. He entered the languaged world late and
learned: to be pleasant, to remember remembering, and two
phrases.

He loved milk but couldn’t request it. The word was uttered
only in the joy of seeing it. Milk! The word containing the
feeling. Oh, God! his horrified nanny said at him until it
became his song of self.

Victor is used to draw the timeline of the mind, proving we
must keep the children inside our forest of words to take
them from evidence—a boy just asking without asking for
milk, making the world a glass we fill by speaking.

Someone just proved Burushaski—spoken in remote areas
of Pakistan—is not an isolate, as labeled for decades. One
man traced body parts to other languaged body parts and
built the body back to the Balkans.

If languages carry memory like the body does—all the cells
changing while his voice stays—then what I mean has been
meant through fecal matter.

Burushaski was once the story of itself, but the now-lineage
is no surprise to those who speak it. They felt elsewhere in
their glottis. She sat in her house by the mountains and
talked herself into herself as non-land and Alexander the
Great. Her husband carried another past on his speaking
like lichen on rock. Each sentence sucking to hold them
elsewhere. But new proof can’t change where you speak
now, just bring you closer to that non-life.

It is well studied why it is developmentally important for
children to ask approximately 300 questions a day. Yet,
there are few studies researching the effects of constant
questioning on adult targets. Does it change the way the
adult mind works? Are there benefits to these changes? I
have researched these questions in a long-range qualitative
study. The results, divided into sub-categories of responses,
follow.

Why in the mind is light, almost frothy. It floats in before-
knowing. It expands to fit the holes all around. The answer
—a small piece of sanded wood placed on the table. Wood,
when filling the head, is the perfect weight to keep me
looking down. I keep giving wood-mind to you to weigh
you into the world of me answering.

Why is not a question. I know because when I answer why, I
do not provide an answer to why. I answer the answerable
and un-asked. Why assumes because is an equals sign.
Cause and effect. Before and after. Conservation of energy.
No. The why that addresses me makes me live in because, a
place where every answer has an equal but opposite error.

I know things. Cars run on gas. People transform food into
energy. Grass will grow, or won’t. The how of why is where
I slip into a crack. It’s the porous crack between bricks in a
tower that has no interior. It’s the crack where I think my
way into a lie that is more true than I can be. Then, I
become a porous-person of lie-land, where you can bend a
sword around its reason for being a sword. Where I bend
myself around my knowing to undo answers into not
talking hardly at all.

Why? How? Each question invites me into its viscous pool.
I have to stay out of it. Things work. Lights turn on. The
mouse lives in the holes of the walls. If I answer—I
become mouse. I enter the mouse-mind. I am electricity,
seeping like fire seeps from one spent log to another. That
isn’t actually what happens. It is. I don’t know.

Why. How. I make a space, a room of thought-muscle.
Here, I train myself to un-logic and then re-logic. To make
answers that aren’t. What is a sword? A sword is something
that isn’t a toy but is. I want answers that draw in and repel
—a peristalsis tunnel toward the interior. Digestion. Come
closer, I’ll tell you.

Once a week, the PEN Poetry Series publishes work by emerging and established writers from coast to coast. Subscribe to the Poetry Series mailing list and have poems delivered to your e-mail as soon as they’re published (no spam, no news, just poems).