This Week In Free Expression 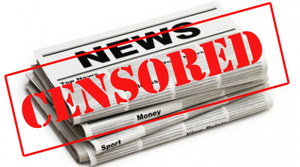 After he was expelled from China last week, Indiana University Professor Elliot Sperling—a friend of 2014 PEN/Barbara Goldsmith Freedom to Write Award winner Ilham Tohti—joined PEN in calling on Secretary of State John Kerry to speak out for imprisoned writers and scholars in China at the sixth annual Strategic and Economic Dialogues.  While Sperling’s request garnered more than 200 signatures—and counting—in less than 24 hours, the state of free expression in China has continued on its long path of deterioration with no word from Kerry. PEN member Murong Xuecun turned himself in for questioning by police, who detained his colleagues after a May 3 writers’ gathering to commemorate the Tiananmen Square massacre anniversary. Meanwhile, Chinese journalists discovered on July 8 that they had been eternally scooped:  a law passed quietly in China some time earlier emerged, giving authorities the right to sanction journalists who publish “previously unpublicized information.” What do journalists do again?

In Sri Lanka, their role may change as the state has banned NGOs from holding press conferences and journalist trainings. And to the east, a deeply disturbing court ruling in Myanmar on Thursday sentenced the head of a weekly newspaper and four of its journalists to 10 years in prison and hard labor for the paper’s investigation of a supposed chemical weapons factory.  The ruling appears to be another in a string of efforts by authorities to rein in free expression ahead of national elections in 2015.

Google, Facebook, and other tech companies are caught up in a never-ending push-and-pull over Internet freedom and surveillance.  Russia’s parliament passed a bill on Friday requiring Internet companies to store Russians’ personal data inside the country in an apparent move to pressure social media sites into handing over user information. Meanwhile, the companies have stepped back from the fight to ensure that Internet providers in the U.S. treat all Web traffic equally.  A loss of net neutrality is unlikely to negatively affect the corporate giants, but may threaten writers’ access to their readers.

It seems no one is free from the tightening noose on free expression.  New information on NSA spying in the U.S. shows that Muslim-Americans have been disproportionately spied on, mirroring the efforts of the NYPD “Demographics Unit,” which produced not a single lead in its 11 years of operation. Not to mention that 90% of all NSA intercepted communications were not intended targets of surveillance.

In better news, the European Court of Human Rights (EHCR) has upheld the basic right to free expression, finding Turkey guilty of violating freedom of speech in the prosecution of journalists Ahmet Şık and Nedim Şener. Earlier this month, PEN and its partners sought to up the anti on Turkey’s failure to respect free expression by submitting a report to the United Nations ahead of the country’s human rights review in January 2015.

Stay tuned every Friday for PEN’s round up of threats—and supports—to free expression worldwide.