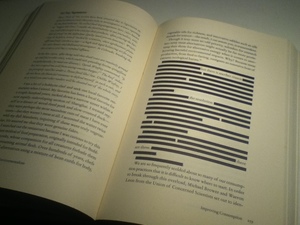 The impact of the ongoing conflict in Gaza continues to be felt across the region, with celebrated Turkish writer Mario Levi disturbingly named on a social media list of “Israeli products to boycott” circulating in the country. Levi is Jewish. Culture Minister Ömer Çelik responded by dubbing the listing of the celebrated author a “hate crime.” PEN Turkey and our wider international network are rallying to Levi’s defense.

Iranian authorities confirmed Friday that Washington Post correspondent Jason Rezaian has been detained in Tehran, along with his wife and two freelance photographers. PEN America is following-up with the Iranian UN mission, pressing for more information and demanding the quartet’s release.

In better news out of Zimbabwe, the Constitutional Court has struck down the country’s defamation law in a case prompted by the 2009 arrests of two then-news editors who named security agents involved in the abduction of political activists. The presiding justice found that the arrests violated the journalists’ right to free expression.

Two months after the military seized power in Thailand, issuing a statement that they would close any news providers that produce critical coverage, media executives are meeting with senior military officials of the Junta in order to ask for increased leeway in reporting. PEN remains deeply concerned at the deteriorating free expression environment for writers in Thailand.

It wouldn’t be a weekly round-up without more shenanigans from Russian authorities. In the latest installment, a four million ruble ($114,000) federal reward is being offered hackers able to show the Kremlin’s online snoops how to break into Tor users’ data. Tor is software that allows users to retain anonymity in communications by channeling information through random routers. Wired reported earlier this month that the NSA is tracking Internet users who “use Tor or any of a number of other privacy services online or even visit their web sites to read about the services.”

In Washington, the passage of the USA Freedom Act through the Senate before the August recess remains uncertain heading into the weekend, although Senator Patrick Leahy gave anti-surveillance advocates new hope this week. On Tuesday, Leahy announced that he and the Obama administration were “within inches” of a deal that will outline what intelligence agencies are able to do as well as “let the American people know that their privacy is going to be protected.” Leahy’s version of the USA Freedom Act is expected to be introduced early next week. Initial reports suggest that Leahy’s version is a significant improvement over the House bill passed in June, which was so watered down by the time of its passage that many privacy advocates withdrew their support for the House’s version.