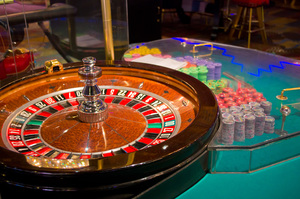 Chinese human rights lawyer, writer, and former Nobel Peace Prize nominee Gao Zhisheng has been released after serving a three year sentence. Described as “utterly destroyed” by his experience in prison, Gao is reportedly barely coherent and appears to have been tortured while in jail, where he was isolated from other prisoners and lost 50 pounds on a diet of a piece of cabbage and a single slice of bread a day.

Twenty Pulitzer Prize winning journalists have joined forces to oppose the government’s treatment of journalist James Risen. The New York Times reporter faces ongoing pressure from the Justice Department to identify a source, following the failure of the Supreme Court to take up his case in early June. PEN America Executive Director Suzanne Nossel criticized the Court’s decision at the time, saying: “If the Obama Administration moves forward with this deeply misguided and damaging effort to compel Risen to identify his source, our ability to demand government accountability will be harmed, and our democracy will suffer as a result.”

A federal judge in Oakland ruled on Monday that the government is not required to reveal secret surveillance court orders or the names of the telecommunications companies providing phone call records. The suit was brought by the Electronic Frontier Foundation, which argued that the Department of Justice should turn over related materials in light of whistleblower Edward Snowden’s revelations concerning telecoms’ involvement in the NSA’s phone metadata program.

Meanwhile, researchers from state-owned Israeli defense company Rafael and Stanford University will present next week on a software program dubbed Gyrophone, which uses cell phone gyroscopes to listen in on conversations. Unlike phones mics, there’s no way for users of the Android phones they tested to deny an app or website access to gyroscope sensors’ data. At the moment, the technology is able to pick up a majority but not all of a conversation in test rooms making it impractical, at this point, for surveillance without further development, which is clearly ongoing.

In July, PEN members expressed deep concern that proposed changes to net neutrality could dramatically impact the ability of authors to conduct research and to reach readers. The FCC will host four public roundtables to discuss the issue on September 16 and 19, October 2 and 7. The discussions will be live-streamed at http://www.fcc.gov/live and will deal with topics such as “policy approaches to ensure an open internet” and “internet openness and the law.” The now-closed public submissions process for a new regulatory framework attracted an extraordinary 700,000 plus comments and proposals.

In a move echoing that debate, the Italian government has formed a committee—made up of politicians, scholars, journalists, and representatives of the telecoms industry and consumers’ associations—to create submissions for a draft “bill of rights” for internet users. The committee will discuss such topics as internet access as a universal right, protecting users against the misuse of data, net neutrality, and freedom of information.

Facebook officials met with government officials in Myanmar this week to explain the company’s stance against hate speech. Facebook users reported that access to the site was denied for around seven hours on the nights of July 3 and 4 amidst an outbreak of violence in Mandalay and other areas. PEN Myanmar is monitoring hate speech in the country surrounding armed conflicts and tensions between Buddhists and Muslims. Their report is expected to be released in November, in conjunction with PEN America.

In related news, visiting US Secretary of State John Kerry encouraged Myanmar authorities to push ahead with fundamental reforms ahead of national elections in November–December 2015, saying the U.S. would remain engaged thereon. His visit to the country was largely praised by state media, but he faced criticism from elements of the private press concerned that he was not taking a strong enough stance in response to recent government backsliding on media freedoms.

Hardcore keyboard junkies and surveillance wonks gathered at hackers conference Defcon in Las Vegas last weekend seeking the answer to what many of us have asked ourselves while watching movies featuring purported modern surveillance tech: “can they really do that?” The answers here. Unsurprisingly, none of the featured movies snippets seemed to deal with casino surveillance.