“They tricked me”: Rafael Marques Convicted in Angola Despite Settlement to Drop Charges 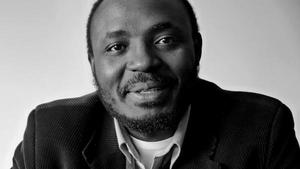 The conviction and sentencing of journalist Rafael Marques de Morais in Angola on May 28, a week after charges against him were dropped in a settlement on May 21, is a scare tactic to silence human rights advocates and undermines the independence of the judiciary, PEN American Center said today.

Rafael Marques de Morais has been on trial for defamation since 2011, first in Portugal and then in Angola, on charges related to his book Blood Diamonds: Corruption and Torture in Angola. The book details allegations of torture, murder, and other human rights abuses against workers in Angola’s diamond fields by private security guards working for two mining companies—both owned by Angolan military generals.

Last week, Marques reached a settlement with the generals’ lawyers: all charges would be dropped in exchange for a “symbolic statement” that Marques had not notified the generals directly of his findings and was now aware that the mining companies had also not informed them.

On Monday, however, the Public Prosecutor labeled this statement an admission of guilt and asked the judge to convict on charges of malicious prosecution.

“They tricked me,” Marques said.

On Thursday, Marques was handed a six-month suspended sentence for a term of two years, during which if he engages in any behavior the state deems as criminal, the sentence will be implemented.

“The bait-and-switch tactic used against Rafael Marques is a deplorable abuse of the legal process,” said Karin Deutsch Karlekar, director of PEN’s Free Expression Programs.  “His conviction, in blatant violation of international free expression norms, sends a message to all Angolans who would dare expose abuse that they are powerless against a legal system corrupted by ‘untouchable’ military generals. PEN calls on Angolan authorities to end this severe injustice against Marques by reversing his conviction, and to take the necessary steps to reinstate an independent judiciary in compliance with international standards.”

PEN was one of over 50 signatories—including Amnesty International, Human Rights Watch, Index on Censorship, and other international NGOs—in a May 27 letter to Angolan President José Eduardo Dos Santos demanding urgent action on Marques’ case and calling for Angola’s criminal defamation laws to be abolished.