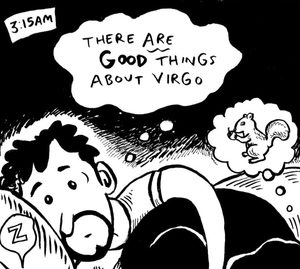 The Illustrated PEN series is relaunching in January 2016! We’ll be kicking off the new year with six guest editors—MariNaomi, Robert Kirby, Liza Donnelly, Grace Bello, and Seth Tobocman and Peter Kuper of World War III—whose work we’ll be highlighting over the coming weeks. Up this week is work by guest editor Robert Kirby. He is a writer, editor, and Ignatz Award-winning cartoonist living in Minneapolis, Minnesota. “The Virgo Thing” is from his new anthology, What’s Your Sign, Girl? Cartoonists Talk About Their Sun Signs (Ninth Art Press). 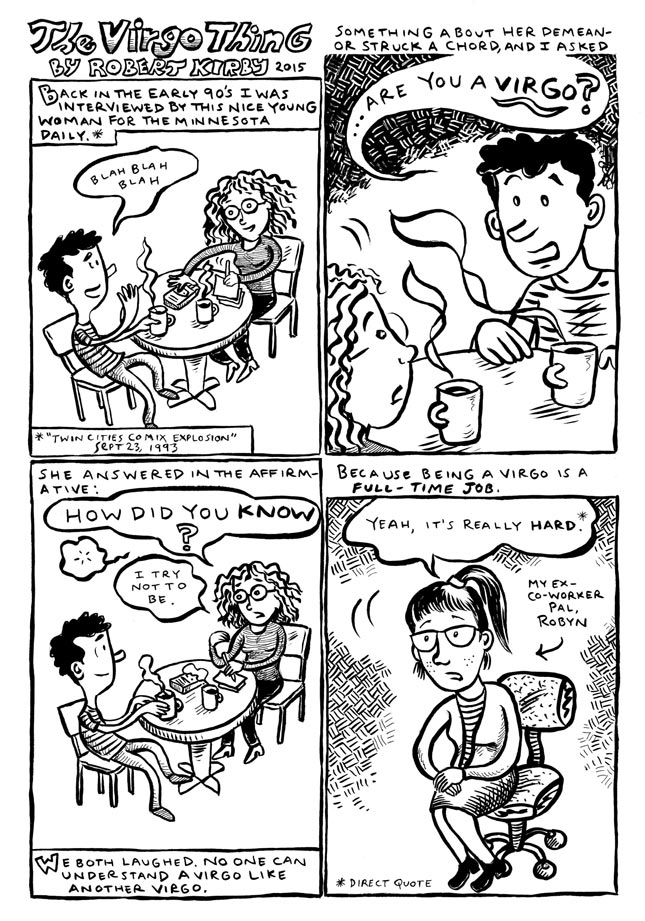 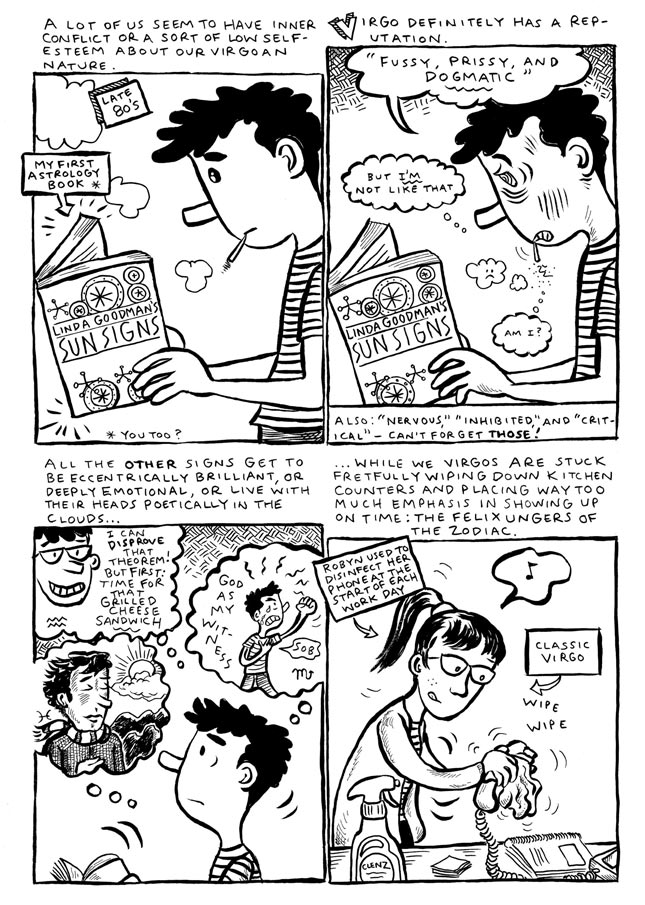 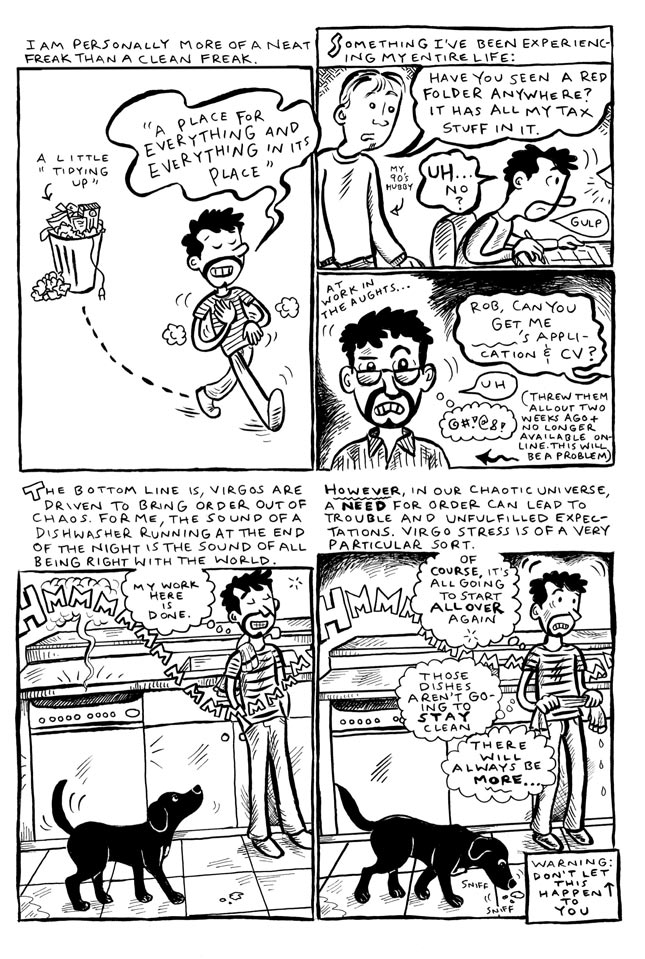 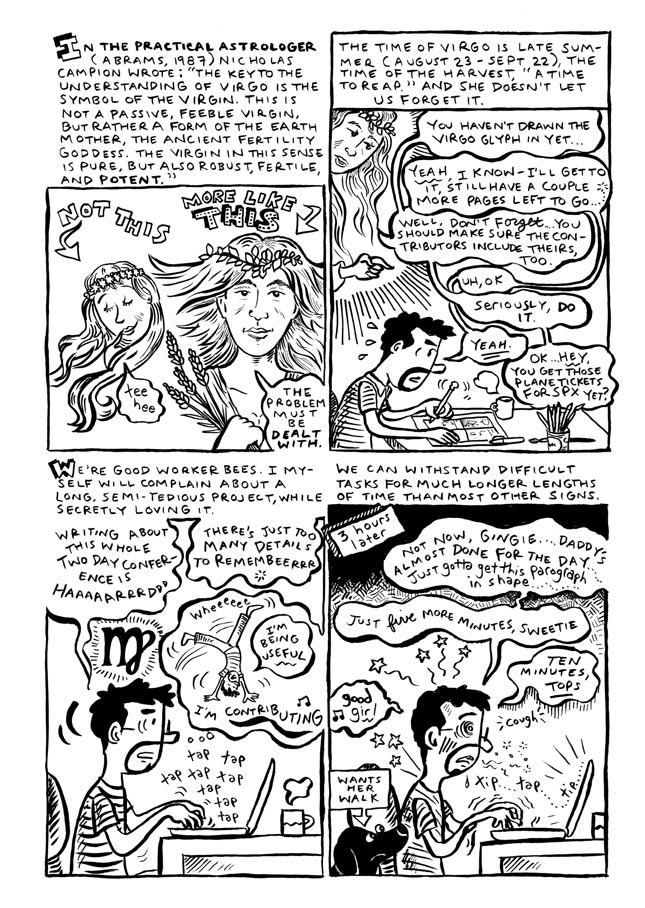 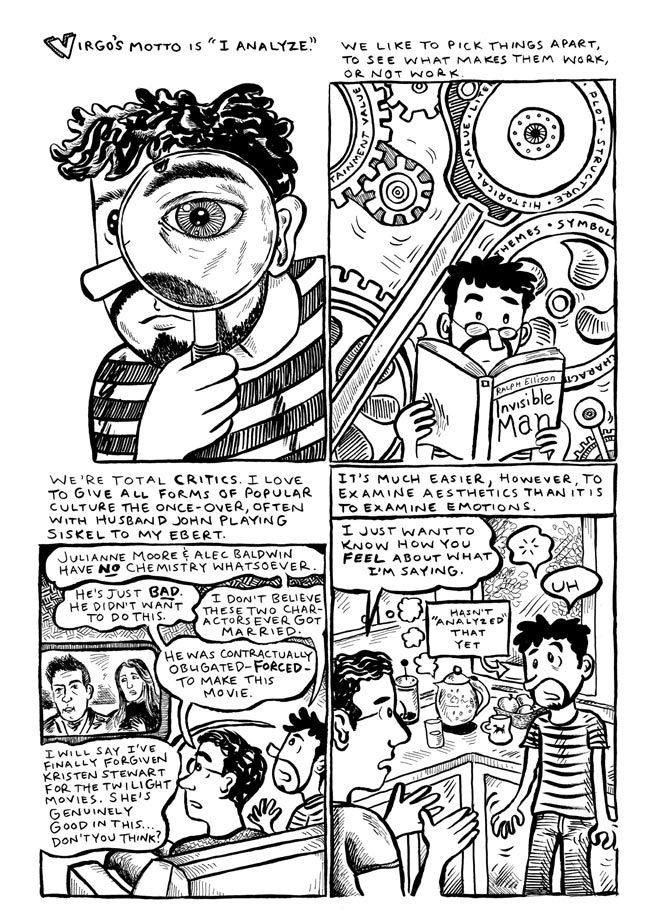 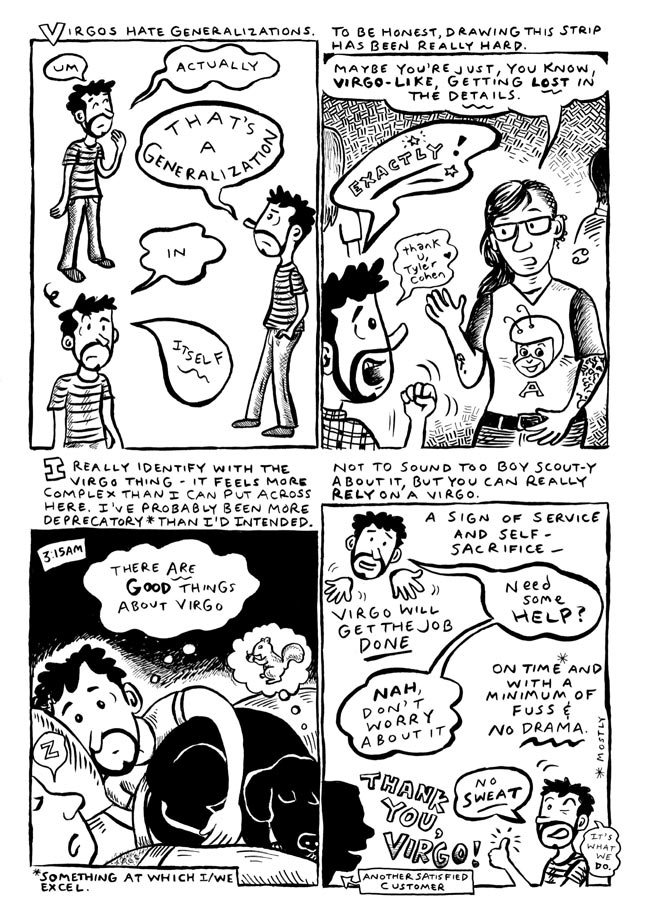 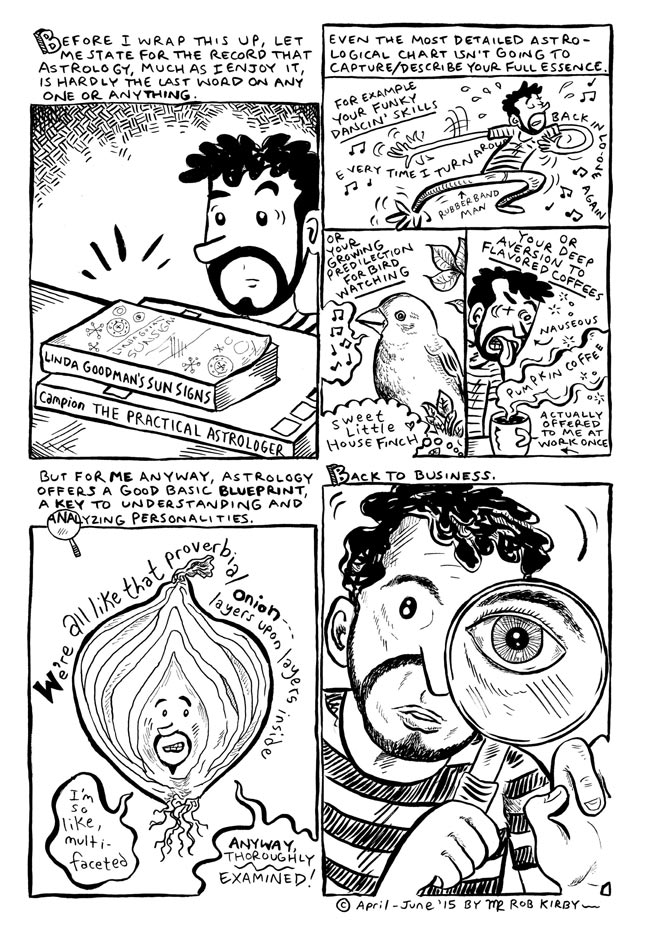 Robert Kirby is a cartoonist, editor, and reviewer living in Minneapolis. Among his books are Curbside Boys (Cleis Press, 2002), The Book of Boy Trouble (Green Candy Press, 2006), the Ignatz Award-winning anthology QU33R (Northwest Press, 2014), and his latest, What’s Your Sign, Girl? Cartoonists Talk About Their Sun Signs (Ninth Art Press, 2015). His reviews and features appear in The Comics Journal, Panel Patter, Rain Taxi, and other publications.