The University and the City: A World Voices Festival Reading List from Esther Allen

This spring, students in Michael Yarbrough’s research colloquium at the John Jay College of Criminal Justice—one of City University of New York’s 25 campuses—embarked on a project not anticipated in the original course syllabus: to catalogue the number of people affiliated with CUNY whose lives had been claimed by coronavirus.

By April 17, Yarbrough reported the deaths of at least five full- and part-time faculty members and six staff members in the New York Daily News. On June 23, Inside Higher Ed reported that the total had risen to 38. These numbers don’t reflect experiences like that of the administrator I know who—while herself hospitalized with the virus, which she survived—said goodbye over the telephone to each of her parents, who both spent their final moments alone in hospital beds among masked and shrouded strangers.

While precise figures are not available, the impact of COVID-19 on CUNY’s 275,000 students has also clearly been massive. Some have died, some have spent weeks in the hospital, others have been desperately ill at home under quarantine for weeks, and all are confronting the ongoing economic catastrophe precipitated by the pandemic.

A powerful essay in The New Yorker by another colleague, Corey Robin of Brooklyn College, argues that now is the time to fund schools like CUNY more fully than ever. A landmark 2017 study, led by economist Raj Chetty, found that among the 10 colleges in the United States that most effectively combat income inequality by lifting students out of lower-income backgrounds, five are part of CUNY. Yet, in the aim of enhancing socioeconomic diversity in higher education, a former mayor of New York recently gave $1.8 billion not to CUNY, but to his alma mater in Baltimore—a private institution with an undergraduate population of about 6,000. Given the billions in lost tax revenue to the state this spring, massive cuts to the always shoestring CUNY budget are very likely, and layoffs are already happening.

No statistic can do justice to CUNY’s history, stature, and contributions. “Its diversity represents a wealth that transcends any fiscal metric,” Ben Lerner, also of Brooklyn College, wrote in his anti-austerity clarion call in The New York Times. Jonas Salk, born in New York City in 1914—a child of immigrant parents without much formal education—graduated from CUNY and went on to develop the polio vaccine. The poet Ocean Vuong, the first literate person in his family, graduated from CUNY and won the T.S. Eliot Prize in 2018. One of the things that has uplifted me most this spring is a CUNY music video in which faculty at the Bronx Community College took to Zoom to hearten their students with a reworked Gloria Gaynor hit.

What follows is a reading list of books connected in some way both to CUNY, where I’ve taught since 2007, and to the forces within New York City—past and present—that built and sustained this great urban university. There are many books that deserve to appear on such a list. These are the ones that happen to be on my mind just now.
—Esther Allen

Arenas arrived in the United States in 1980 on the Mariel boatlift from Cuba and wrote this novel in 1987, the year he was diagnosed with AIDS. The Doorman follows the life of an immigrant innocent who opens doors in a Manhattan building while seeking a portal of his own. One resident is a celebrity dentist who has engineered “The Smile of Happiness,” a sure-fire guarantee of success and prosperity. When the dentist lures the doorman up to his apartment to unveil a life-size replica of the doorman himself equipped with glittering, bespoke pearly whites, our hero recoils in horror at the sight of his own face bearing a smile “so triumphal, and therefore so dehumanized.” 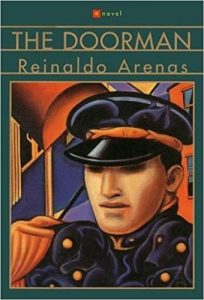 A Robert Frost Medalist and member of the American Academy of Arts and Letter, Schulman is a Distinguished Professor at Baruch College, my home campus. She is also the widow of Jerome L. Schulman, a pioneering virologist who helped isolate the virus that caused the 1968 H3N2 pandemic. She has evoked their marriage in a recent memoir titled Strange Paradise—a phrase taken from her mentor, Marianne Moore. Grace met Jerry in Washington Square, and Days of Wonder has a poem about walking across the square with him in the winter, carrying groceries, faces masked against the cold. Another poem is about the tiny Jewish cemetery on West 11th Street where victims of yellow fever were interred in the early 19th century. Among them was Isaac Harby, a translator: “. . . I know Harby dug for English words,” Schulman writes, “like quartz to cut and polish until they glistened.” 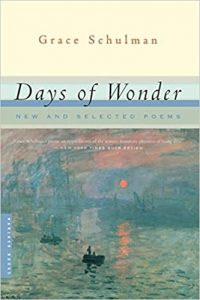 Growing up in Detroit, my colleague Bridgett Davis cherished this classic novel about a childhood in Harlem during the Great Depression, prefaced by James Baldwin; it taught her about her own family and possibilities. Bridgett’s mother was also a numbers runner who—redlined out of other paths to prosperity—found a way forward through the alternate economic system of the numbers game, one of the few sources of capital for the African American community. Bridgett grew up to move to New York herself, become a professor at CUNY’s Baruch College, and befriend Meriwether. She credits Meriwether’s novel—reissued by the CUNY-based Feminist Press in 2002—as an inspiration for her celebrated 2019 memoir, The World According to Fannie Davis: My Mother’s Life in the Detroit Numbers. 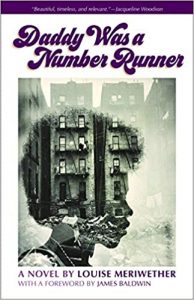 College of Staten Island professor Ava Chin, whose family has lived in New York for five generations, spent her childhood between Manhattan Chinatown and her grandparents’ house in Flushing, Queens. Amid a vivid story of abandonment, heartbreak, and healing, her memoir—which took top prize in the 2015 M.F.K. Fisher book awards—offers practical advice about foraging anywhere from Prospect Park to Central Park, from a parking lot to a college campus, along with recipes to help you use what you find, be it lambsquarters, mulberries, wild chrysanthemum, oyster mushrooms, or dandelion greens. Along with lessons in “the unexpected bounty and regenerative powers of nature,” Eating Wildly offers new perspective on the urban landscape and the communities it nurtures. 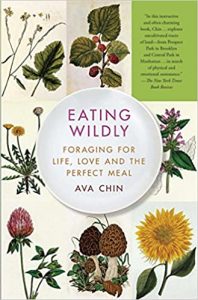 Since last fall, I have been slowly making my way through this novel whose author lived in New York for two years in the late ’60s. It has a chapter for every day of the year that extends from fall 1967 to the end of the summer of 1968. Many begin with verbatim citations from the day’s New York Times. Johnson started writing it early in the year it chronicles, 1968, and it finished him off—he died in 1984, just after completing it.  Gesine, a German woman, and her daughter Marie are living on the Upper West Side during the Vietnam War, student protests (at Brooklyn College, and elsewhere), and domestic political turmoil. While in long flashbacks, Gesine tells Marie about her childhood during the rise of the Third Reich. It offers one of the richest evocations I know of the dense texture of everyday life in New York City where, on a day in April 1968—weeks after the murder of Martin Luther King and weeks before the murder of Robert Kennedy—Gesine strolls along Lexington Avenue, “relaxed in the camaraderie of all the different people around her.” There are glorious day trips on the Staten Island Ferry, peaceful afternoons in Riverside Park amid gossiping mothers watching their children at play, office and schoolroom dramas, business lunches in bustling Midtown restaurants—and all of it, suddenly and terribly, is far more remote now than it was when I first ventured into these oceanic 1,720 pages last fall. 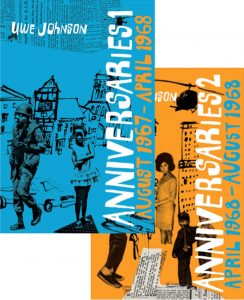 In the mid-’80s, Clement, who grew up in Mexico City, moved to New York and was drawn into the circle around Jean-Michel Basquiat. The wild ferment of that moment would leave Basquiat world-famous and dead at the age of 27. But this memoir is about a survivor: Suzanne Mallouk, Clement’s friend and Basquiat’s lover, who outgrew obsession and addiction, put herself through Hunter College, went on to medical school, and is now a psychiatrist specializing in artists with addiction issues. Clement was the Sidney Harman Writer-in-Residence at Baruch College this spring and took it all in stride: the lockdown, the frantic training in various distance-learning technologies, the fear for students who stopped responding to emails and didn’t show up on Zoom for class. (All the students in her class eventually made it back.) At semester’s end, Clement judged the Harman prize for student writing and gave top honors to Thomas Brentvena, who makes his living driving a forklift for The New York Times. 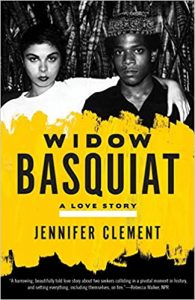 Another oceanic masterpiece, but this one I haven’t read yet. I have read Joshua Rothman’s beautiful New Yorker profile of Helmreich, a Distinguished Professor at City College and the CUNY Graduate Center, who in the course of writing it walked just about every street in New York City, all one hundred twenty thousand blocks, or six thousand miles, and apparently spoke to just about everyone he walked past. This was Helmreich’s fourteenth book, and he wrote two more— The Brooklyn Nobody Knows (2016) and The Manhattan Nobody Knows (2018). “I love the city,” said Helmreich, who was born in Zurich to Holocaust survivors who brought him to New York as an infant. “I love to read about the city, to live the city, to walk the city.” He died of coronavirus at the end of March. 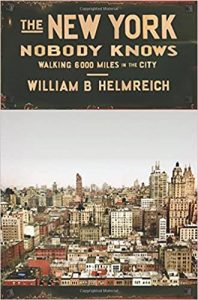 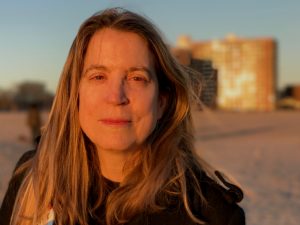 Esther Allen’s most recent translation, the 1956 novel Zama by Antonio Di Benedetto (NYRB), was awarded the 2017 National Translation Award by the American Literary Translators Association. A professor at City University of New York, she co-founded the PEN World Voices Festival in 2005, and is one of the organizers of “Translating the Future,” a major international conference that will take place in New York City in September of 2020.