The Sky According to Google 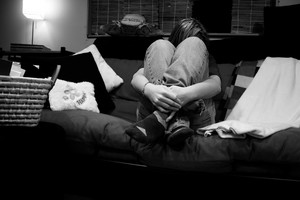 The Sky According to Google is translated from the original Catalan.

I once heard my mother say there should be a special word to refer to a betrayal by someone you love. The offense, she insisted, deserved a separate sentence, something less just, because a person with the capacity to do such damage doesn’t deserve justice. I carried her words with me for years, and I now understand that our move to Nantes, where my grandparents had lived on and off for years, was her way of punishing my father for his betrayal. When, years later, my mother had grown strong enough again to shed a bit of bitterness, it was too late to make things right: my father had resigned himself to following her maternal directives, and I interpreted his absence as evidence of abandonment. I can attest that the sentence was far from just, because I was the one who felt the damage. It’s possible my mother wasn’t conscious of her error, that she truly believed that my father wasn’t capable of loving me, and that her love alone would be enough if she could just shower me with enough of it—as if the fury she felt towards her ex-husband could justify such a recklessly disproportionate reaction. Today she swears that she regrets what she did, but I know she still thinks that it was not for naught. She still hides behind the absurd notion that my father giving up on loving her meant giving up on both of us, that mother and child were a single unit one could take or leave, and you know, Marcel, which you should do.

I know, because I know her well, that my mother is uncomfortable with my persistent search for explanations for something that happened so long ago, as if there were a statute of limitations on injustice. It baffles me that she can’t understand that what I feel is not so far from the anger she once felt at discovering the umpteenth deception, connecting all the dots even years after the separation. It didn’t matter that the lie was so long ago, because every memory of foolish confidence (of searching for a flight to run off with my father, or wrapping up The World of Apples with delight at having found the perfect gift) would cause a rising in her throat like the sour trail of slime left by a slug. Her face would set in a familiar way, and she’d look straight past me with a faraway gaze, as she repeated as though it were epiphany that the most terrible humiliations, Ima, are the ones we unwittingly bring upon ourselves. If you kept quiet and paid close attention, you could almost feel her slipping out of consciousness, taking refuge somewhere in her remote past. My mother would install herself in her memory as though it were an old provincial inn, and leave her body behind, right before you in the open air, like a dead stump.

Alicia Maria Meier is a writer and translator based in Brooklyn. She earned her M.F.A. in Nonfiction Writing and Literary Translation from Columbia University in 2015, and currently manages Global Programs for Columbia’s School of the Arts—among them the Writing Program’s literary translation exchange program, Word for Word.

The immense and personal literary collection of @MadeleineLEngle, author of Wrinkle in Time and mentor in our Prison Writing, is up for auction! Bid for exclusive access to her reading reflections, margin notes and personal momentos. More details here: https://bit.ly/31WHPlj.

While legislators actively try to censor what students can learn & what topics teachers can teach in school districts, I'm happy to see this come to life. Memory and storytelling are paramount. From @PENamerica, thank you @nhannahjones! https://twitter.com/nhannahjones/status/1381977494924984321

When should we start having conversations with young people about free speech? Join PEN America as we answer this question & more this Friday 4/16 at 1PM ET in The Common Room w/ host @jzfriedman & guests @jess_bohrer @emersonsjsykes & Jonathan Zimmerman. http://bit.ly/3e3kPa2