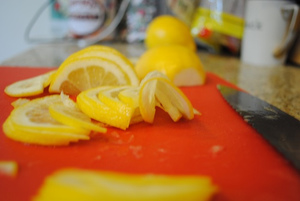 Poets slicing lemons in the dark.

Poets in long columns on a long march.

Poets who write their phone numbers in poems.

Poets who want to be loved and when they are, immediately leave poetry, relieved.

The poet who left poetry, but wasn’t taken back by life.

The poet’s tears when he takes her sex in his mouth.

The poet who wants be tough, so she buys a leather jacket and sits on a motorcycle and fucks a girl who comes from a little village and writes poems about it, feeling the power crackle from her fingertips like lightning.

The poet’s fascination with snails that have both penises and vaginas and stab each other with calcium arrows before they mate.

Poets who plan bank robberies with their poet friends. 10 banks downtown are to be robbed at the same time, so at least some of the poets can get away in the confusion. In the banks they plan to leave poems (stupidly).

An elderly poet reading a poem about his grandson to a group of young poets silently frowning.

The poet who always revises. His poems, his worldview, his perception of himself, his feelings for other people.

The poet, nude in a landscape. Long yellow braid down her back.

The poet who writes poems about his poet friends, family and enemies. Short portraits in which he alternately celebrates and chastises their unethical behavior, analyze their weaknesses and trauma, declares his love for them.

The poet smiling at grasshoppers.

The poets face, the moment he realizes that he can never come home. That there never was a home to begin with.

The poet holds an important post at the institute for longing.

The poet, bored, wherever he is.

The poet’s noble melancholy, the last remnant of the Austro-Hungarian empire.

The poet imagining the future of golf pants.

The poet in the bath top, like a cruise ship in a deep fjord.

The poet, with the superiority of the money-less, towering like a lighthouse on the outermost point of her feelings.

The poet, with the anxiety of the ill-adjusted, writhing like a worm in the intricate paths of his mind.

The poet breaks into her own house, to claim insurance money.

The poet evoking in daydreams all the houses she ever lived in. The living rooms, bedrooms, kitchens, the furniture, the view from the windows and the poems she wrote in these houses. Finally, the daydreams she had in each room.

The poet, stumbling upon an old self on a street corner where she left it many years ago.

The poet’s ferocity, tamed by his obligations to a girl he adopted from China, shortly before 9/11 ruined his idea that he could give her peace and security.

The poet who refuses to give up. Bald head bent over the white paper, which he slowly fills with prepositions, conjugations of God, of nothing.

The poet’s vanity and notions of an afterlife, the meticulous letters addressed to friends, publishers, critics, but written with the dark shelves of the national library in mind.

The poet’s late realization, that a lifetime of antagonism with a particular critic was the fire that kept his poetry going.

Poets interested in what happens when you take psychotropic drugs.

Poets interested in what happens in the days after taking psychotropic drugs.

Poets who write about the dark side of Chinese society.

Poets who identify deeply with Glenn Gould and Joseph Cornell.

Poets who win awards and get an artificially inflated self-image they can use as an excuse for new assault on the language.

Poets who win awards abroad because the translation conceals the violent attacks they have committed on their mother tongue.

Poets whose sensitivity to the mother tongue is so intense that it can never be translated.

Poets who are hurt when the public recognition they so despise, passes them by.

The poet in the morning, studying the landscape of the duvet.

The poet thinks of herself as a jar.

The poet, puzzled by the existence of moose.

The poet’s meticulous account of the comings and goings of the swift, their numbers and behavior.

The poet who works consciously to trash his privileged upbringing, burns all his bridges, and ends up in a foreign country where he becomes a guru for a bunch of drug addicts who find solace in his immense self-hatred.

Poets who write long suites about the wind or the sea.

The internet poet is to literature what the cafeteria is to the school system.

The three poet friends who invent a fourth, fictional poet who puts an end to their friendship.

Poets who are late for appointments.

Poets who help out in Haiti.

The poet, married, with 2 children and own house, ranting against the petit bourgeois, seeing himself as a revolutionary anarchist and blaming other poets for being apathetic.

The convenient self-deception of the poet.

The poet who falls, down, down, down in his dream with a lot of other people and chairs and tables in a kind of waterfall.

Poets getting drunk and playing long table tennis tournaments without a ball.

The poet imagines all the pregnant women on the street in New York, suddenly breaking into synchronized dance, like in a musical.

If I was an artist, the poet thinks, I would sell a lot of art and have a house in Spain.

The poet watching the ants’ path through the kitchen.

The poet imagines that the bookshelves are high-rises and each book an apartment full of word-people, living side by side, endlessly close. In this metropolis of meaning new landscapes, smells, feelings, ideas open up, each millimeter one moves, in any direction.

The poet exiting the dark stairway, feels the cold, dry air. The vapor from a dog’s tongue.

A dog, which the poet never knew, has sighed.

The poet close-reading flarf poems by googling their sources.

The poet’s ironic but sincerely googled poem about blondies on bikes is a kind of reverse feminist manifesto.

Like the sun, one can’t look directly into the death of literature, the poet says.

The beautiful women in the corner of the poet’s eyes, disappear when he tries to look at them.

The poet’s recipes for a number of different ways of doing something. Cross the street, satiated. Drink air, slowly. Stand, as if listening. Catch up with your vision of the future, retroactively.

The poet’s recipes for a number of different ways of being something. Be people walking by, be a snowed over oboe, be as kind. Be the Mediterranean and carefully embrace Sicily.

The poet observes his young child playing, with his late father’s gaze.

The poet confuses her lover’s sobbing with the cooing pigeons.

The poet would rather read dead authors who are still in print (dead but alive) than contemporary writers, whose work will soon be forgotten (living dead).

The poet feels haunted by Wallace Stevens; his tailor made suit, his orderly smile and his x-ray mind.

The Indian poet’s obsession with the women in the paintings of the Dutch Masters, jealous of the silence that surrounds them, and the absence of men.

Poets born on the same day in Bombay (documentary).

The poet who stayed too long in the Caribbean.

The poet who left Brussels just in time.

The lonely poet who thinks everybody’s laughing at him.

The poor poet who thinks everybody’s laughing at him.

The proud poet who thinks everybody’s laughing at him.

The young poet who laughs at everybody.

The older poet who identifies with the younger poet, who finds everything laughable for no apparent reason.

In a Burlesque bar in Barcelona, the half naked singer, followed by a spotlight, steps down between the tables and dances directly towards the young poet. As she rests her free hand on his neck, about to swing around and rest in his lap, she feels his cold sweat and leaves him be.

The young poet’s surprise at how quickly he’s invited in and how open the older poets are. Now he speaks (and drinks and sings!) with people he only knew from reading their books.

The young poet who studies the work of the older poets and quotes it frequently, to ingratiate himself with them.

The young poet’s anecdote about a woman who slept with both Carlos Fuentes and Clint Eastwood (Jean Seberg).

This piece is excerpted from a poem of the same title. This is the first appearance of “The Poets.”