The PEN World Voices Workshop: n+1′s “How to Do Theory in a Literary Magazine” 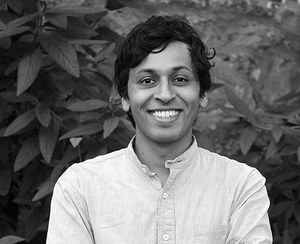 There’s an almost sitcom predictability to a group of people debating literary theory. The earnest populist. The contrarian. The grammarian. The blowhard who prefaces every response with a recitation of his CV. The nihilist (last week, the existentialist). The expert in 20th-century Newfoundland lit.

It’s ripe for satire, and yet I miss it terribly. After several years in the wilds of corporate America, I wondered if I could find a group of like-minded adults without incurring grad-school debt.

The PEN World Voices workshop attempts to answer this question. Around twenty of us gathered in the Public Theatre’s gorgeous library, seated around a large wooden table in leather chairs the color of chocolate: an architect, a Bulgarian professor of literature, a smattering of art critics and graduate students, a few curious readers/writers, even a farmer from Vermont. Who better to moderate than n+1‘s Nikil Saval? The room felt like the fulcrum between the journal’s antipodal “MFA vs. NYC.” And also the kind of room which inspires me to use words like antipodal.

Saval started us off with a brief history of n+1 and their central editorial inquiry: Is there a space between the academy and the world of mainstream journalism to write about literary theory? What would it look like?

I’m a total sucker for this stuff. There was a pleasant symmetry between n+1‘s mission and the workshop, this search for something between a master’s program and a book reading. Saval handed out a few short texts–Louis Menand on Paul de Man, James Wood on Teju Cole, Mark Greif on exercise–but didn’t insist we read them in full. He didn’t lecture. Even when we slipped from discussing the theory in the texts to reviewing its practice, Saval let the discussion travel its circuitous route. As a nihilist, I don’t know if I would have been so patient. As a New Yorker, I have my fingers crossed PEN creates more workshops like this one.

Ryan Chapman has worked in digital marketing and new media for various publishing houses including Penguin, and writes a blog described as “The Venn diagram center between the internet, literature, and, yes, marketing”. You can read more at http://chapmanchapman.wordpress.com/