The PEN Ten with John Branch 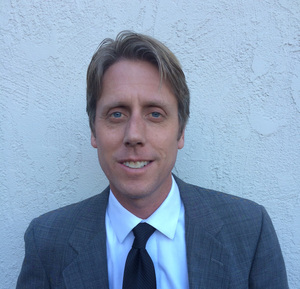 The PEN Ten is PEN America’s weekly interview series. This week, we speak to John Branch, winner of the 2015 PEN/ESPN Award for Literary Sports Writing for his book Boy on Ice (W. W. Norton & Company).

John Branch is a sports reporter for The New York Times. His 2012 story about a deadly avalanche, “Snow Fall,” won the Pulitzer Prize for Feature Writing. His 2011 series on professional hockey player Derek Boogaard, who died of a painkiller overdose at age 28, was a finalist for the award and become the basis for his book Boy on Ice. He is currently working on a book about a family of rodeo champions and ranchers building a future in the changing West.

The connection wasn’t made until my name appeared on a newspaper byline. It was strange to see something I had written published for an audience I couldn’t fathom, and it’s still a thrill to see someone on the train or airplane reading something with my name on top. As a boy, I wanted to be a journalist. I didn’t think of it as writing, but as a way to see the world from the inside out. The writing was, and is, just part of being a reporter. I consider it a great compliment to be called a “writer.”

My love for writers began with those who told great adventure tales, from Mark Twain and Jack London to Sebastian Junger and Jon Krakauer. But there are several times a day that I read a sentence, in a newspaper story, a magazine article or a book, and think, “Man, I wish I had written that.”

As a non-fiction writer and newspaper reporter, my immediate response is that censorship is never acceptable. One of the great frustrations in my line of work is the lack of transparency from people in charge. Yet we all have our comfort levels, which is why, for example, newspapers censor themselves, by not divulging names of juveniles or holding back on graphic details or photographs. But if someone suggests that he or she cannot divulge something, or is unwilling to attach his or her name to the information, my reporting radar starts beating rapidly.

I have not been arrested. I’m still waiting for the right opportunity.

My children, the outdoors, and news.

As a sports reporter, “daring” has to be put into context. I’ve never written anything that I thought might endanger my life, unless you count the possibility of getting squished by an unhappy, extremely large athlete. But as a newspaper reporter, I’m quite used to being called names. You may have heard that we’re not the most popular people.

To tell the truth. And to show the reader what is behind the curtain.

I’m not sure that writers have a “collective” purpose; it makes it sound like we’re members of some team with a single goal. We’re part of a team only in the way that stars are grouped as constellations by people looking from a certain angle. But the best writers get people to think in ways they had not considered before. And in this age of fractured media and confirmation bias, that purpose is as important as ever.

I would send Boy on Ice. I have a few copies I can spare. Flip answer aside, perhaps Thoreau’s Civil Disobedience or Martin Luther King’s “Letter from Birmingham Jail.” I suppose it could be useful to show that jail doesn’t stop people from thinking clearly, and it does little to curtail their influence. But do you think that leaders of governments that imprison writers actually take the time to read?

Wait. Is this survey being monitored? If you’re willing to tell someone that you may be watching, it’s observation. If you’re not, that is surveillance.