The PEN Ten with Jennifer Blackmer 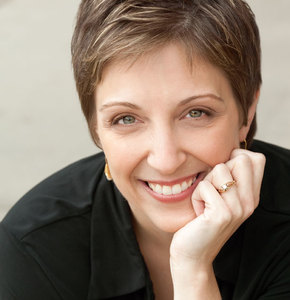 The PEN Ten is PEN America’s weekly interview series. This week, we talk to Jennifer Blackmer, winner of the 2015 PEN/Laura Pels International Foundation for Theater Award to an Emerging American Playwright. Her plays include Human Terrain, Unraveled, and Alias Grace. She has developed work with Seven Devils, The Lark and the Playwrights Center, and has been a finalist for the David Charles Horn Prize and The O’Neill National Playwrights’ Conference, among others. Based in the midwest, she is Associate Professor of Theatre and Director of Immersive Learning at Ball State University.

From the moment I could hold a pencil. According to my mother, I spoke in complete sentences before I was two, and I’ve been writing for as long as I can remember. During middle and high school I maintained a collection of pen pals from all over the world, and I wrote letters to them instead of keeping a diary. One time, I sent my English pen friend Jayne a 27-page letter. To this day, I have no idea what was so important to my 14-year-old self that it warranted 27 typewritten pages. I hope she found it interesting.

There was a time in my twenties when I didn’t write because it was too difficult. I had elevated the concept of “being a writer” to a status I felt I didn’t deserve, and the cheeky teenager who wrote those 27 pages without blinking lost her way for a while. I’m glad she’s back—I missed her.

Tony Kushner, and I hope to tell him that in person some day. One of the most exquisite collections of words ever assembled is Harper’s final monologue in Angels in America, Part Two: Perestroika: “Nothing’s lost forever. In this world, there is a kind of painful progress. Longing for what we’ve left behind, and dreaming ahead.” That is, for me, the most stunningly honest description of the human condition I’ve ever encountered, and my stomach flutters every time I hear or see those words.

My first inclination is to say “never,” but I resist absolutes. Censorship might be acceptable if the author has every opportunity to take responsibility for what she says—and she can accept that responsibility without fear or retribution—but won’t. Anonymous posters on the Internet, for example, who hide behind screen names and spew arbitrary hate just for the hell of it. Those people, and idiots who yell “fire” in a crowded theatre when there isn’t one. Perhaps they’re the same people.

No. If I had been arrested, however, I’d love to discuss it.

Massively huge, cosmos-type questions about the nature of being. Space, time, spacetime, the inability of quantum mechanics to reconcile with general relativity, the actual distance of a light-year, the volume of empty space within a single atom, multiple dimensions, the multiverse. And yarn. Darn good yarn, preferably extra-fine merino.

A series of outright lies and awful exaggerations that I thought, at the time, would make me feel better about a stupid choice I made. I vomited this acerbic screed into a notebook that I thought was private, but through my own carelessness, I wound up hurting a friend quite deeply. That was the moment I realized how powerful written words could be, and I’ve never forgotten the lesson.

To think about and own what she says. To resist being arbitrary, to critically examine all discourse, not just those ideas she agrees with. To read as much as she can, and work hard.

I think writing has a collective purpose, which is to explore and examine the human condition through storytelling (doesn’t matter the genre, they’re all stories). Writers, through the act of writing, embrace that premise or they don’t.

Augusto Boal’s Theatre of the Oppressed, but I wouldn’t send it to him to her. I’d send copies to dissidents all over said country and encourage them to organize theater troupes.

I don’t know. Wherever it lies, it’s impossibly thin, and that worries me. Which means I’ll probably write a play about it some day.