The PEN Ten with Ian Buruma 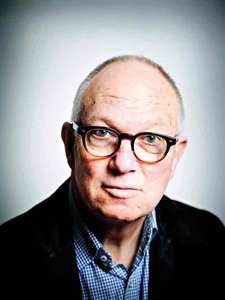 The PEN Ten is PEN America’s weekly interview series. This week, we speak to Ian Buruma, winner of the 2015 PEN Diamonstein-Spielvogel Award for the Art of the Essay for his collection Theater of Cruelty: Art, Film, and the Shadows of War (New York Review Books).

Ian Buruma studied Chinese literature and Japanese cinema. He has lived and worked as a journalist and author in Tokyo, Hong Kong, Berlin, Amsterdam, London, and New York. A frequent contributor to The New York Review of Books, his sixteen books include two novels. Buruma teaches at Bard College.

In my twenties I was a photographer and filmmaker as well. I guess I became a “writer” when I gave those things up. I still like to reserve the option of doing other things.

I can’t tell. The degree of daringness is really in the eye of the beholder (or the mind of the reader).

As far as writing is concerned I am obsessed by clarity, which can be a weakness. Great art must leave room for ambiguity, even mystery. I am not a great artist.

Never to be a bore.

I support the First Amendment. Censorship is only justified when there is a “clear and present danger” of an evil act being perpetrated. The rest is a question of decorum and good taste, which one may or may not choose to observe.

No. The purpose of a public intellectual is to be curious, to think and express oneself clearly, and by doing so help others think more clearly as well.

I don’t imagine that leaders who lock up writers will be deterred by a book. But Shakespeare’s Richard III might give them a little pause. If they don’t like reading a play, they might turn to Hugh Trevor-Roper’s magisterial book The Last Days of Hitler.

When observation becomes a tool of control, it should be called surveillance.