The PEN Ten: An Interview with Elissa Washuta 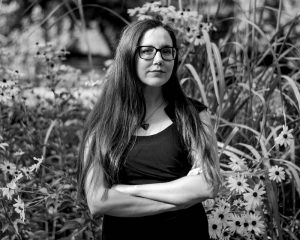 1. Why do you think people need stories?
I think stories and the process of creating them are fundamental to how we experience existence. We make life into a story that begins with birth and ends with death. We create causal links between random events, or work hard not to. We impose narratives upon so many occurrences and parts of life: the concept of career, coming of age, the lifespan of a romantic relationship. I don’t think of stories as being isolated works of intentional narrative construction—I think they are at the core of how we understand the concept of time and how we relate to it. But that’s just my guess.

2. Why do you think colonialism isn’t at the forefront of more critiques of historical injustice in America, even as intersecting movements like antiracism and feminism are becoming more ubiquitous?
The 2010 census reports that Native people are 2.6 percent of the U.S. population, and relatively few of us live in the Northeast and the Midwest, so invisibility is a factor: For many non-Native people, our existence is not part of their everyday reality. Also, the specifics of how settler colonialism works are complex and sometimes impenetrable for the uninitiated. While racism is definitely a factor in the oppression of those Native people who don’t present as white, settler colonialism isn’t simply a specific kind of racism—it is an enduring power system built from hundreds of years of genocide, occupation, and domination.

“Stories and the process of creating them are fundamental to how we experience existence. We make life into a story that begins with birth and ends with death. We create causal links between random events, or work hard not to. We impose narratives upon so many occurrences and parts of life. . . I don’t think of stories as being isolated works of intentional narrative construction—I think they are at the core of how we understand the concept of time and how we relate to it.”

And it is encoded in U.S. law in specific ways. That legal piece can’t be easily summed up in a tweet or fully covered in a podcast episode. And I won’t be able to sum it up here, but I will just say that a constellation of Supreme Court decisions, federal laws, executive orders, treaties, and the U.S. Constitution collectively establish and perpetuate land theft, occupation, and the settler state’s dominance over tribal nations and their members. On top of that, I think there’s an element of settler denial that limits acceptance of how pertinent our histories and current realities are to them—most of them live on stolen land, and what does that mean?

3. What advice would you give to other storytellers who are gathering the courage to write about violence in their own lives?
Do it with intention, and don’t rush it. Definitely do not push yourself to write about your most traumatic memory for the first time with the intention of submitting the essay for a creative writing class workshop with a due date that’s only days away.

Know that your first try is fairly unlikely to result in a draft you’re satisfied with. The first try is useful in getting the situation and significant details from the world of your head to the page, but there’s often more to do to turn an account into an essay. And just know that you are never obligated to write about trauma.

4. The dark sense of humor you brought to so many painful retellings really resonated with me, and I feel like a killer sense of humor is a superpower all survivors inherit at some point. Why do you think this is? What is the relationship between humor and tragedy?
I think there are a lot of reasons for this—there’s the cliché “If I don’t laugh, I’ll cry,” but I don’t think that’s really it. I know that living with PTSD without treatment required that I harden around my pain because I couldn’t deal with it tenderly. I had to make it a joke because if it was serious, it was—for a long time—more serious than I could handle.

“I love metaphors because they never stop being challenging, and thinking through their meaning-making potential (as well as their meaning-limiting potential) is fascinating to me. . . Are they unavoidably reductive? Or just unavoidable? When they’re working, what are they doing?”

Also, American culture doesn’t like sensitivity—we are supposed to be tough. I’m not supposed to feel sorry for myself. And so, there’s a limited set of ways to write about trauma that are generally acceptable to whoever gets to decide these things: We can’t be sentimental, but we can be funny. Or we can be spare, controlled, and understated. I can’t do the latter.

5. What was the first book or piece of writing that had a profound impact on you?
I think I probably read it further back than I remember—something very early on must have had a real impact on me, because my parents say that age four, I began reading one of my Sesame Street books to them out of the blue. They hadn’t taught me.

I wonder whether reading has always been an exciting encounter with code for me—my parents read to me a lot, and I became deeply attached to my books and the library books I liked best. I still have this tiny book I loved, I Am a Little Cat, which is held together with tape now—I loved that there was a girl in it who looked like me, and a cat who looked like my cat Skeezicks.

6. What is one book or piece of writing you love right now?
Ursula Pike’s first book, An Indian among los Indígenas: A Native Travel Memoir, just came out this month, and I’m so excited for readers to get a chance to spend time with this book, which is about this Karuk woman’s time in Bolivia as part of the Peace Corps. The memoir reckons with Indigeneity, place, and how to relate to other people. 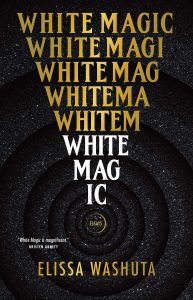 7. At one point in your book, you write, “Metaphor doesn’t always cheapen things by turning them into devices in service of clarity or art: it can point to relationships between the spirits in everything.” There are many more meta-commentaries like this—about symbols, riddles, personification, similes, etc.—about how figurative language makes meaning of life. What is your favorite figure of speech to use in your writing, and why do you think it is so important?
I love metaphors because they never stop being challenging, and thinking through their meaning-making potential (as well as their meaning-limiting potential) is fascinating to me. It’s easy to misuse them, easy to reach for overly familiar metaphors at the sentence level as a substitute for saying difficult things.

I intend to use metaphors to form an evocative path between familiar and unfamiliar. A cliché lets the reader jump the path entirely. Or maybe I’m not trying anything—really, it’s harder for me not to use metaphors. I’m still working through my thinking about metaphors: Are they unavoidably reductive? Or just unavoidable? When they’re working, what are they doing?

8. What is something your readers wouldn’t know about you that you think would surprise them?
This is tough! I think anyone who has read my work and my tweets knows just about everything I’m willing to share. One thing I’ve only recently divulged, because I’ve started writing about it, is that I believe I have an above-average understanding of how the stock market works.

Money is a bad topic. Nobody wants to be interested. Caring about it feels shameful because of all the weirdness around personal financials. But I don’t have a choice about whether to engage in the economy, so I want to know what this game is and all the ways I’m losing.

“The insistence that every writer needs to be writing very regularly, even if only for half an hour, in order to qualify as a serious writer, may be the worst in that it’s ubiquitous. . . I wish I had more pockets of time, but I don’t wish I had the ability to write every day, because I simply don’t want to, and it doesn’t mean I’m not serious.”

9. What’s the worst piece of advice you’ve ever received on writing?
The worst—I’m sure I’ve forgotten it, because it’s been such a long time since I got hung up on bad advice. The insistence that every writer needs to be writing very regularly, even if only for half an hour, in order to qualify as a serious writer, may be the worst in that it’s ubiquitous—and I think it’s wildly inappropriate for some of us. I’ve heard that one repeatedly, including as part of a keynote by a very successful commercial fiction writer.

I don’t write every day, and I don’t have a regular writing practice. I have a lot of responsibilities to a lot of people, and sometimes I find a pocket of time when the demands on it dry up, and I’ll write for as many as 12 hours a day until I’m finished with the work or have run out of time. I wish I had more pockets of time, but I don’t wish I had the ability to write every day, because I simply don’t want to, and it doesn’t mean I’m not serious.

10. There are a lot of phases to publishing a book that not everybody knows about. Which would you say was the most challenging for you?
The toughest part is the patience required to give the work the time it needs, especially near the end of writing and revision. It is very easy to rush, especially if you’re around writers who have books coming out, and you just want your own beautiful book that everyone can read and compliment. I spent more than two years feeling that: I had been wanting another book for so long, but I wanted a truly finished book more.

I had to be patient, and that was harder than anything else—the book being on submission was anxiety-producing but relatively brief; the various parts of the last year of book preparation have given me far more excitement and delight than stress. But the waiting for myself seemed eternal, and it was sometimes excruciating—what if I never finished?

Elissa Washuta is a member of the Cowlitz Indian Tribe and a nonfiction writer. She is the author most recently of White Magic (Tin House). Her other books include Starvation Mode and My Body Is a Book of Rules, named a finalist for the Washington State Book Award. With Theresa Warburton, she is co-editor of the anthology Shapes of Native Nonfiction: Collected Essays by Contemporary Writers. She is an assistant professor of creative writing at The Ohio State University.

The PEN Ten: An Interview with Leone Ross

The PEN Ten: An Interview with Hanif Abdurraqib