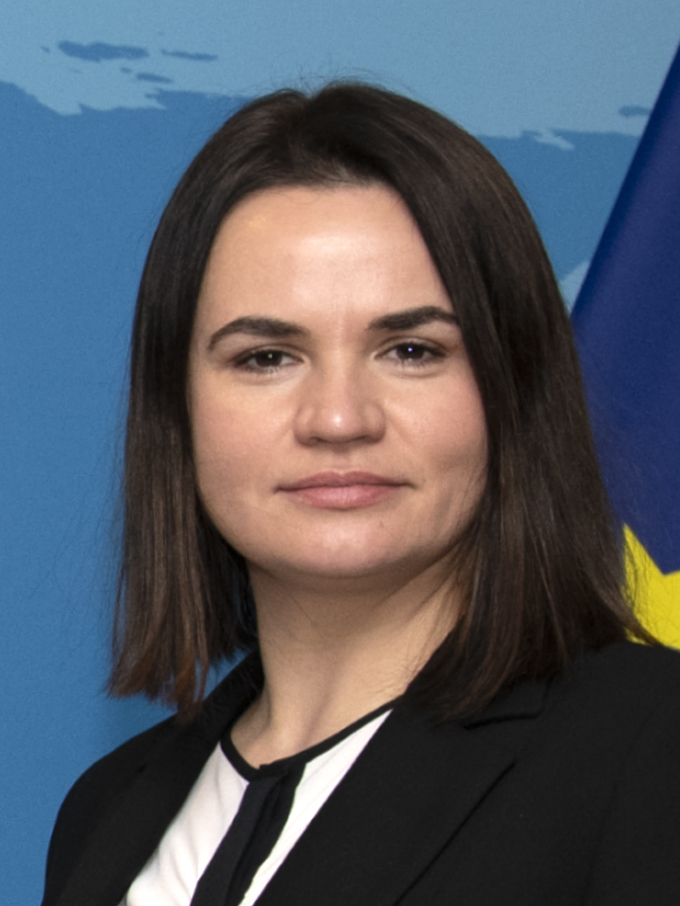 On this episode of The PEN Pod, we’re joined by Belarusian opposition leader Sviatlana Tsikhanouskaya, just as authorities in that country have given notice that they intend to dissolve our sister organization PEN Belarus. We spoke with her about the recent crackdowns on human rights and media organizations in the country, what’s next for the opposition movement, and what gives her hope. Listen below for our full conversation (our interview with Sviatlana is up until the 7:49 mark).

On the Recent Crackdowns in Belarus, including the Move to Shut Down PEN Belarus

“The regime is afraid of intelligent, smart, and clever people. The regime is trying now to destroy all the organizations on the ground, all the mass media. . . but of course they already failed, because they will not be able to influence people’s minds. They can close everything, but they can’t close off the perceptions of people, of the situation. We’ll continue to fight for that, and will not give up.”

On Next Steps for the Opposition

“We are looking for allies. . . . We are looking for more pressure on the regime, because the regime is escalating violence on the ground. Hundreds of people are being detained every month, and we have to stop this. It’s a pity, but only sanctions can put enough pressure on the [Lukashenka] regime and his cronies to stop the violence and release political prisoners. So we are asking for more pressure on the one hand, but on the other hand, to keep resistance sustainable, we need the support of civil society.”

On the Fight to Free Political Prisoners

“I, the same as other Belarusians, am responsible for those behind bars now, who sacrificed with their freedom, their health, their lives, to give us opportunities to consider. Now it’s our task to continue this fight. We can’t allow this regime to hold all those thousands of people in prisons, just for their wish to change our country for better. Of course I have to take care of my safety, but what we are concerned about more is about people who are in Belarus. We have to think about them first of all.”

On What Brings Her Hope

“I know that Belarusians woke up. Belarusians—we will never return to the state of slaves, as we had been living for 27 years. I don’t hope—I’m sure, that Belarus will be a success story. We will win [against] autocracy. We will bring our country to democratic changes. I take this belief from the Belarusian people, from those who are behind the bars. I take this belief from democratic countries that are standing with Belarusians at this difficult moment. Together, with the free world, we will be able to bring our country, our wonderful Belarus to these changes as well.”