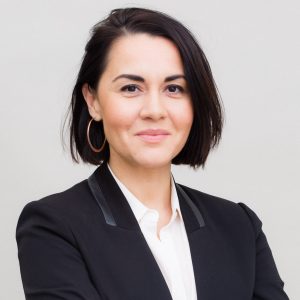 PEN America sued the president in October 2018 for using the powers of the presidency to attack the press, and just yesterday, a federal judge in New York ruled that PEN America’s lawsuit against President Trump can proceed. To bring us up to speed on the case, The PEN Pod spoke with Nora Benavidez, director of U.S. free expression programs at PEN America. Check out the full episode below (our interview with Nora is up until the five-minute mark).

Walk me through this here. What are we accusing the president of doing in the suit?
We sued him over a year ago for his retaliation of the media. He has a history of trying to kick reporters out of press briefings and generally deny access for the media to report on critical issues. So, we’re seeing him try to exact reprisals. That’s one of our phrases that we use all the time, but what it really means is just silence the media. And he’s doing that in a number of ways. And so, our lawsuit we brought over a year ago is trying to hold him accountable for that.

Obviously, PEN America is a free expression group, i.e. we believe in free speech. I mean, the president can say nasty things about members of the press all he wants. But what is it exactly that we think he’s doing that’s crossing a line?
One of the things that we’re worried about is that the press is increasingly limited in what they’re able to cover now. And of course, the president has a First Amendment right of his own to say what he wants, to have his own opinions. But members of the media have a First Amendment right to have access to press briefings and to be able, then, to convey and report on those for the public. So PEN America Members like Jim Acosta, Brian Karem, Dana Milbank—those are all reporters that we have seen become targets of the president’s efforts to stifle their access. So it means they’re being affected, and our other Members are being affected by this.

“We’re seeing now in the middle of the coronavirus briefings, only limited members of the media able to even have access. And at a time when we need this more than ever, we’re very concerned, but we’re thrilled by the order.”

And with Jim and Brian and some of these other journalists, I mean, their press passes were actually taken away, right?
They were. They were taken away, and generally, we’ve seen the president trying to do this, especially targeting members of the media whose coverage he dislikes. We’re seeing now in the middle of the coronavirus briefings, only limited members of the media able to even have access. And at a time when we need this more than ever, we’re very concerned, but we’re thrilled by the order.

When we filed the suit, obviously we would never have known that we would reach the critical point that we have. What is it about this decision coming right now that makes it particularly poignant?
Well, unfortunately, I feel like we’re on the brink of an absolute economic, existential, public health crisis, as everyone knows. And we’re all online all the time needing information, needing access to what reporters are telling us. They’re the frontlines right now, and we need their voices. We need the reporting more than ever. And so it really comes at a critical moment for us to elevate the importance of a free press.

“We’re all online all the time needing information, needing access to what reporters are telling us. They’re the frontlines right now, and we need their voices. We need the reporting more than ever.”

Finally, what does this mean for the First Amendment and the president’s relationship to it?
Well, I just want to thank the court, because I think that the order that we received is a victory for the First Amendment. I think that it is a rational, reasoned order. What we’re seeing is that where we have legitimate claims on the legal side, the court upheld that. And so, what does it mean for the First Amendment? It’s all wonderful. I think we all should begin moving forward with the belief that we have the right to use speech and that our Reporter Members—Brian, like Jim—they represent some of the best in trying to exercise and hold dear those cherished rights.

So what happens next? This was just a ruling. Is the next step that it goes to trial?
I would love for that to be the case. I think we are a little far out from that. We’re moving into what’s called the “discovery phase.” And so, we’re going to be requesting documents from the government. We’re going to find out what they’re doing, related to how their decision-making has been formulated on the president’s side, why certain journalists have been targeted. And honestly, I cannot wait. It’s gonna be very exciting.

The PEN Pod: On the Importance of Hopeful Thinking and Magic with Chip Rolley

The PEN Pod: Jennifer Finney Boylan Wants You to Protect Your Heart

Tune in to our daily podcast #thePENpod. And if you like what you hear, subscribe on @ApplePodcasts. https://podcasts.apple.com/us/podcast/the-pen-pod/id1503245440

NEW: Both the Trump White House and GOP members of Congress are looking to bar certain Chinese students from studying in the U.S. Such blanket denials are discriminatory and fly in the face of academic freedom. Read our full statement. https://bit.ly/36Cif6G