The PEN Pod: On Horror and Humor with Melissa Lozada-Oliva 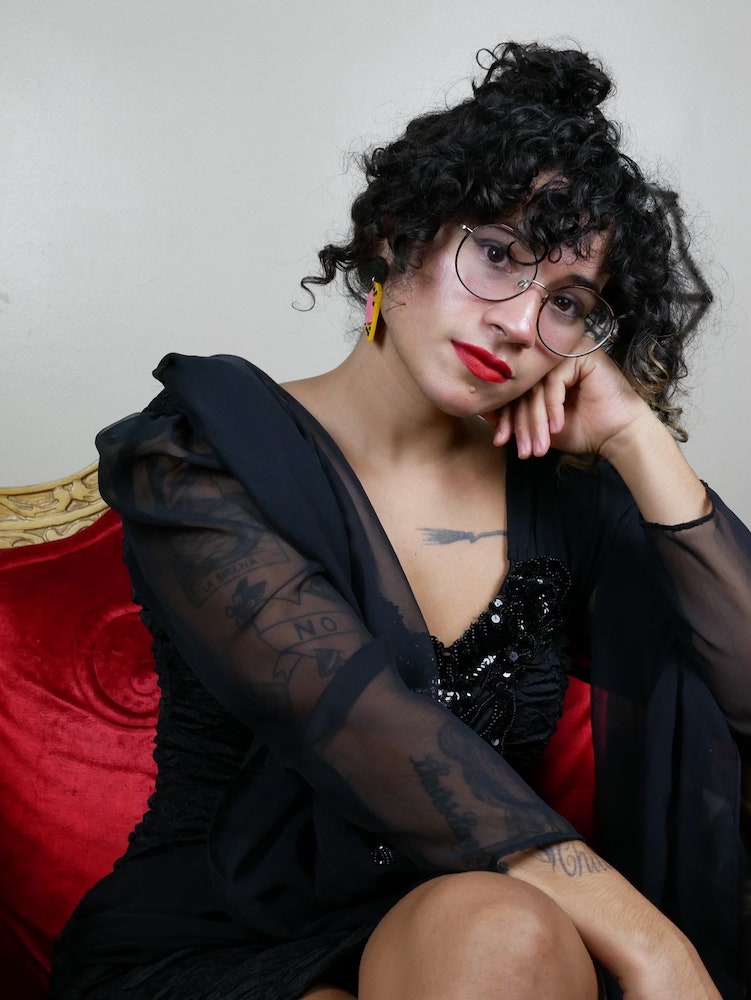 Today on The PEN Pod, we spoke with Melissa Lozada-Oliva, whose new novel in verse, Dreaming of You, is out now. Dreaming of You tells the story of a young Latina poet who brings late Tejana singer Selena Quintanilla back to life in a seance. We spoke with Melissa about the formulation of Dreaming of You, her thoughts on celebrity obsession and fandom, including how being a public figure has impacted her writing, and how she blends humor and horror in her work. Listen below for our full conversation.

On the Formulation of Dreaming of You

“As many millennial Latinas do, I dress up as Selena for Halloween, and I just had this image in my head of Selena coming back to life and going to this Halloween party and seeing all of these people dressed up as her, but she was the most authentic one, because that was her, and she was dead. And I was just obsessed with this ‘Zombie Selena,’ I guess. And at the same time I was falling devastatingly in love, and also mourning my grandfather, and also dealing with this anxiety that manifested as really intense OCD. . . so all of that kind of combined had me writing these love poems, and also these poems about Selena, and the bridge that brought all of those things together—dealing with my fears, and dealing with death, and love, and obsession—was writing this tale of bringing her back to life through a seance.”

On Examining Celebrity Obsession and Fandom

“Someone once said to me, ‘If you don’t give your kids religion when they’re young, they’ll find it in a band or somebody else.’ And I think that rings really true. I feel like we’re all trying to be saved by something, and a lot of times we find ourselves trying to be saved by these celebrities, and these celebrities often—because they’re human—they disappoint us, and we find ourselves being like, ‘Okay, but what happens when I still—I still love them, though. They really disappointed me, and I still love them.’ And I think that’s also true of people who aren’t celebrities—people who you love in your life are going to mess up, and what happens after that? So I was really fascinated with how we can dehumanize people by either being their fan, or by having a crush on them, because with both things, you don’t really know the core of the person, you don’t see the ugly side of them.”

On Sharing Her Writing with Others

“There’s something so lonely about keeping a secret. . . . The first diary I had came with a lock and key, and I told everyone in my house where the lock and key was. I was like, ‘Just in case I lose it or something!’ And even when I was writing in my journal, I was thinking of, like, who would read it later. Like, who would unearth my precious little fluffy blue journals after society had collapsed. So I feel like I’m always writing for other people, and that is what is so cool about what I can do. I think recently, I’ve been like, ‘Okay. Some things are very precious, and I can not record them and not share them, and keep them for myself,’ and I think that’s been hard for me, but something I want to do more with my art.”

On Blending Humor and Horror

“I think a lot of times, I’ve used humor to disguise the shit that I’m dealing with deep down. With this book, I really wanted humor to be an avenue, or like a bridge, into something that was harder to face.

“I think horror is the greatest use of metaphor, unless it has this agenda, then it gets kind of boring, but I think—I’m really trying to explore the ugliest, darkest parts of ourselves. . . . I’m trying to talk about what it feels like to be very vulnerable and naked and alone and afraid. So I think both of them have this element of surprise, too—humor can just be a tool for showing things that are underneath, and not a shield, and that’s what I was trying to do with this book.”

The PEN Pod: Reflecting on the Impacts of Hurricane Maria with Ricia Chansky and Zaira Arvelo Alicea

The PEN Pod: On Our Gala, Free Speech in Higher Ed, and Facebook Algorithms with Suzanne Nossel