The PEN Pod: On the Inequities of Survival with Megan Giddings 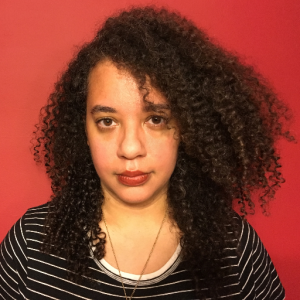 Today on The PEN Pod, we spoke with Megan Giddings, author of the chilling debut novel, Lakewood, which follows protagonist Lena Johnson as she takes a mysterious new job and is forced to confront the challenges of exploitation and mortality. We spoke with Megan about the ways in which narratives of race are often misread by the literary mainstream, confronting the medical establishment’s long history of exploitative experiments on marginalized communities, and the deep-rooted inequities of the healthcare system.

So tell me about the genesis of this book.
I think of it as this threefold thing. First, there’s just the basic necessity—I was an MFA student and started writing a novel because that’s what MFA students do. Then, I started writing about what I know. I grew up in a very small town in Michigan, where my family was one of very few families of color. I was writing about what it felt like—even though things were very small and isolated, anything could happen.

Lakewood kind of clicked into place for me when I realized during the drafting process that I was very angry about a medical situation I’d been through around the time that I initially started writing the book, where a family member was diagnosed with something. It was one of those situations where we weren’t sure exactly what it was, but we were told that if it was what the doctor thought it was, it was very bad. We ended up having to clean out our savings, essentially, to get all of these tests and meet with people only to find out that my family member was fine. Now we had no money, and that was even with insurance. It was kind of the root of me thinking about the number of things I would have done to keep my partner alive during this time. We technically had good insurance, but our healthcare system in this country is so deeply inequitable and hostile toward the people it’s supposed to serve that it just kind of emotionally clicked everything into place for me, for Lakewood.

Lena, in the story, drops out of school, and her family is in economic straits after the death of a family member. She takes this job that turns out to be something so much deeper and more sinister than a job. How did you decide to have Lena go down this pathway, and how do you describe it without giving anything away?
It’s a job that is, on the surface, much too good to be true. Then it turns out that it is definitely too good to be true. I feel like that’s both big and tantalizing enough. In terms of how she goes down that pathway, I think in some ways it’s a very exaggerated version of sometimes what it means to be Black in the workplace. In a lot of my job situations, I have to navigate very stressful things for not enough money, but I also have to navigate often being a Black person in very white spaces and all of the stress and additional exhaustion that can come from being in situations where people don’t want to hear or realize that their behavior is making me unsafe or making it harder for me to do my job. It kind of kept blowing up over and over in Lakewood. It gets much bigger in the book than just office work.

“Our healthcare system in this country is so deeply inequitable and hostile toward the people it’s supposed to serve that it just kind of emotionally clicked everything into place for me, for Lakewood.”

That idea of having to navigate unsafe conditions recalls the history of human experimentation in Tuskegee, as well as the experiments that have been conducted on Black bodies in this country. What role did history play as you shaped this book?
History played an important role. I did read about Tuskegee, and I read The Immortal Life of Henrietta Lacks. I also read about J. Marion Sims—the foundation of gynecology is from a white man experimenting on enslaved women, and they weren’t under anesthesia. That’s how we know many of the things about gynecology today, through horrific experiments on people who could not consent and endured terrible trauma.

Even through modern times, our country—the U.S.—has been very willing to experiment on its residents or people who don’t have the ability to consent. The ACLU, as recently as, I think, 2018, released information that the CIA was attempting to do experiments in Guantanamo Bay on the prisoners. There are things from the ’60s in San Francisco where a bacteria was released on the populace to test ideas about chemical warfare. While most people were fine, the people who might have had negative reactions to the bacteria, they would get different infections because they were experimented on without their consent. Our country has a very difficult, and mostly not considered, history of seeing anyone who they don’t see as a person, as being good fuel to test an idea on.

Obviously, you wrote this book well before the current virus, and then of course there’s the pandemic of anti-Black violence that we’re now reckoning with. But, how do you think readers might latch onto this book in this moment where there is so much uncertainty, and particularly when there are so many open questions about race in America?
When COVID-19 became the forefront of everybody’s attention back in March, it felt like a lot of things that were subtext for readers were becoming texts. Suddenly, a lot of people were thinking deeply about, “What happens if I get sick? What happens to my family?” and there were so many stories that I would read in different papers about people asking, and sometimes their last words were, “How am I going to pay for this?”, as they were being hooked into a ventilator. “How is my family going to handle this?” There are still reports of people leaving the hospitals with applause and great cheer, and then getting a million dollar bill.

“Our country has a very difficult, and mostly not considered, history of seeing anyone who they don’t see as a person, as being good fuel to test an idea on.”

I think for some people, it might have initially just been a book about race—and I don’t mean “just” pejoratively, but I think sometimes readers are so scared to think about the depth of a book that is about race that can be about more than just one thing, or at least that’s the way books get publicized sometimes. It became very clear to people that it’s a situation many Americans are in. We need affordable healthcare. I think a lot of readers have started to latch onto that theme in my book, because it is a very unfortunately relatable thing.

In terms of race, I wanted to write a book that, while it was about race, I didn’t want to have a moment in it that I feel like a lot of books do where they teach someone from the outside about what it’s like to be Black. This is where someone is called the worst racial slur you can call a Black person, just so that you know racism is happening in the book. I think sometimes those moments are really warranted, but I didn’t feel comfortable doing it in my book. I’m thinking a lot now about how I wanted to just keep having this buildup of emotions and feelings and encounters so that readers could feel how overwhelming it can be to have all these things that are pointing toward racism and inequity, but people keep saying, “No, it’s not that,” or “You have to endure it, because we’re all counting on you. You have to be good.”

It’s a moment for readers to get much deeper into texts than they have before. There’s a complexity there that I think is really sort of coming to the forefront for a lot of readers.
A lot of the people who have read it are so wonderful. I’ve gotten a lot of people reaching out to ask further questions or to talk to me. The questions people ask me are wonderful, challenging, and exciting. I think the wonderful thing about having people read your books is that they make you consider how you’ve impacted the way they see the world. It’s been one of the few very hopeful things that have happened to me over these past months, when it’s really hard not to feel overwhelmed and infuriated.

“I’m thinking a lot now about how I wanted to just keep having this buildup of emotions and feelings and encounters so that readers could feel how overwhelming it can be to have all these things that are pointing toward racism and inequity, but people keep saying, ‘No, it’s not that,’ or ‘You have to endure it, because we’re all counting on you. You have to be good.’”

What are you reading right now?
I just finished reading Luster by Raven Leilani, and it’s wonderful. I’m currently reading Once and Forever, published by the New York Review of Books. It’s such a strange book of Japanese short stories that are influenced by folktales. It’s making me really think about the way I write. It’s lovely.

Are you finding that this is a moment where you are productive in the writing sense?
Not like I used to be. I think it’s a moment where I keep trying to plunge myself into writing. I’m someone, when I’m in a project, I can write very intensively for long amounts of time when I actually have the luxury of having those long amounts of time. But lately, I’ve been writing very slowly. I’m working on my second novel, but the whole world is changing around me and I have to write slow, because I don’t understand things like I used to. I’m processing and learning. I’m productive, but not. Everything’s different. I think it’s really hard, when your project is in flux especially, to understand even what you’re saying, because a lot of things I believed or thought are being kind of just altered every single day when I read the news or go outside or just think about the space we’re in. It’s hard to be creative while also learning sometimes.

The PEN Pod: Everywhere You Don’t Belong with Gabriel Bump

The PEN Pod: How We Write Our Survival with Lisa Ko

The PEN Pod: On The Importance of Centering Marginalized Narratives with Jaquira Díaz