The PEN Pod: On Finding the Extraordinary in the Ordinary with Fredrik Backman 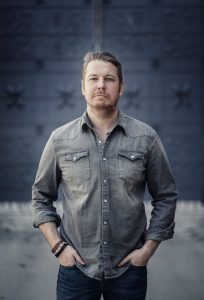 Fredrik Backman is the No. 1 New York Times bestselling author of A Man Called Ove, My Grandmother Asked Me to Tell You She’s Sorry, Britt-Marie Was Here, Beartown, and his new book, Anxious People. His books are published in more than 40 countries, and he lives in Stockholm with his wife and two children. He joined us on The PEN Pod to talk about the exploration of human emotions in his books, the challenges of writing when uninspired, and how to create characters that leave a lasting impression.

I had this idea that I was going to try to write something about the things that everyday people go around carrying—that feeling that everybody else has their life figured out, except for me, everyone else knows what they’re doing all the time, except for me; I’m the only one just tumbling around in darkness. So, I had that idea, and I had this other idea that I wanted to write a comedy, because I had written two pretty dark and heavy stories—Beartown and Us Against You—and I wanted to write a straight comedy. I also wanted to make it a locked-room mystery, I wanted to make it like a classical puzzle mystery, and I wanted to see if I could do all those things at once. Sometimes you need a stupid idea to get yourself going, so that’s what I tried to do.

“I had this idea that I was going to try to write something about the things that everyday people go around carrying—that feeling that everybody else has their life figured out, except for me, everyone else knows what they’re doing all the time, except for me; I’m the only one just tumbling around in darkness.”

That thing that you just said about the feeling that “everyone has it figured out except for me”—that’s definitely a feeling we can all relate to. It’s so interesting that anxiety is so isolating, but it’s something that no one is without obviously. What was the experience of writing this book like for you? Since you mentioned that anxiety is something we’re all familiar with, and that it’s something that interests you, did it feel cathartic, or was it challenging at all trying to channel the anxiety of the characters?
No, it’s never cathartic, regretfully. I wish it was. If I ever reached that point where I feel, at the end of writing a book, that this was cathartic, then maybe I’m done—then maybe I don’t need to write anymore. It’s always challenging, and it’s supposed to be challenging. I share an office with another writer, Niklas Natt och Dag, also a Swedish writer, who wrote a novel called 1793. He’s published in the same publishing house as me in the U.S. That’s been a real blessing for me, because for the last 10 years, our careers have followed each other. So, I have someone to talk to about the writing process all the time, and I’ve come to figure out that a lot of writers don’t have it. When they hear about this relationship, they’re really envious—you have someone who gets what the hell you’re doing.

It’s really hard, because I don’t consider it a real job. I consider it a weird way of tricking people into letting you support yourself by making stuff up all day long, and it’s very hard to discuss with other people. Since I have Niklas here, we can always have that discussion. One of the things that we keep coming back to all of the time—he’s written two novels, I’ve written six, I think, and three novellas—is that, as soon as you are sitting there by your desk and it comes, and everything feels like it’s too easy, then it’s probably not really good. We write something—oh, I’ve written three chapters here, and everything is just flowing—and most of the time we go back to those chapters at a later point and rewrite them, because we figure out that, oh, I didn’t give anything of myself in these chapters, I didn’t put enough of myself into this. They’re decent chapters, but that’s all they’re ever going to be. What I have learned most about writing is that if it’s not hard for me, and if I don’t feel anything while writing, then you’re probably not going to feel anything while reading. It’s supposed to be challenging—that’s the whole point.

That’s a really great point. There’s this misconception, I think, about writing—that you sit down and these beautiful sentences come out, and you just keep doing that, and you have to wait for the right moment. So often, it’s not the case—writing is sitting alone at your desk, like you said, and feeling like, “Well, it’s just me alone making stuff up in my head that hopefully other people can enjoy.”
I’m not one of the writers who will tell you that writing is pain and struggle, because I love writing. I do it because I love it, and the day that I don’t love it anymore, I’m probably not going to do it. I don’t think I could give anything this much if I didn’t love it. I think it’s like running or playing an instrument, or doing anything that—to be good at it—requires you to keep challenging yourself. It requires you to keep doing what’s hard. If you’re a runner, and you run the same distance every day at the same time, you’re never going to get better. You’re just going to be a decent runner. If you love running and you can’t get enough of running, sometimes you also have to push yourself—you have to push yourself to run faster, harder, and to be better at it. It’s the same thing with writing. It’s supposed to be joyful, and you have to love it, but you also have to write on all the days when it’s not fun.

“People always ask, ‘Is this based on a real person?’ And I say, ‘Well, all characters are based on real persons.’ I want my characters to be human beings, so I base them on real human beings. But one character is not based on one real person. It’s usually like orange juice—it takes a lot of oranges to make one glass of juice. It can take 20 real people to make one good character, because you borrow bits and pieces from different people.”

One thing I really loved about Anxious People is that it’s kind of an ensemble novel in a lot of ways—there’s a host of characters who are all dealing with anxieties or regrets in their lives. Do you see these characters in any way as being a reflection in some ways of contemporary Swedish society, or people that you’ve known or come across in your life?
I don’t know if they’re a reflection of the Swedish society. I can’t really answer that. Someone on the outside needs to answer that. Of course, I grew up in Sweden, I’m Swedish, and the society that I live in is going to be reflected in my writing. I don’t think I’ve ever written in a novel that something takes place in Sweden—usually I don’t even tell you what city it takes place in. Usually Swedes don’t even know where this takes place, because I like you doing the casting of the place and the environment. I like you to build a scenery in your hand, because I think your imagination will do a much better job than me telling you everything. I do the same thing with characters—I very rarely tell you what a character looks like. I tell you who that character is and things that they do, and you build your view of them around that.

People always ask, “Is this based on a real person?” And I say, “Well, all characters are based on real persons.” I want my characters to be human beings, so I base them on real human beings. But one character is not based on one real person. It’s usually like orange juice—it takes a lot of oranges to make one glass of juice. It can take 20 real people to make one good character, because you borrow bits and pieces from different people. That’s how the characters come to me. And then I have little tricks that I do once in a while to make them real to me, because a character is just a character until I feel it’s a person. When I start thinking about the character as a human being, then I’m heading someplace, and then it’s something. If I have real emotions about this human being that I’m writing about, then you will have real emotions about that human being. You won’t feel like it’s a character—it’s just there so the story can bounce around between the characters. I just have these people living in my head for a long time until I feel like they really are human beings, and that’s when things really start happening to me.

Whenever I write a story—the latest story is not an exception—I always have way more characters to begin with than I do in the actual book. I always take characters out as I’m writing. If there are seven characters in a book at the end, then I probably had 20 to begin with. Thirteen of them fell off because I felt like, oh, this is just a character, this is not a real human being to me—this is a character that I put here just so I could move the story forward, and that never works. It never feels real to me, and then it won’t feel real to you, so I have to keep just the people that I care about. I have little tricks to do that. One of the tricks that I tell aspiring writers when they ask me is that I tend to give a character something from a person that I really care about—a little thing, such as a little mannerism, or a little habit that someone has. There’s someone I really like who has a certain word they always use, a certain phrase they always come back to, or a certain thing that annoys them in a funny way that I always laugh at.

I’m always amused by how much things annoy someone, like people who scream at the news. You’re a really calm person, except for when you’re driving a car, because then you’re a raging lunatic, and then I’ll use that. I’ll take that, and I’ll give that to a character, and then a small piece of that person that I love is in that character—that will make that character real to me, that will make that character someone I care about, and I will feel the need to defend. That’s my way of making characters real people. It’s like the Horcrux in Harry Potter.

The PEN Pod: On the Debates and the Future of Race and Bias Training with Suzanne Nossel

The PEN Pod: On Knowing We’re Not Alone with BIll Konigsberg

The PEN Pod: Unpacking the Presidential Debate and Disinformation with Suzanne Nossel

The PEN Pod: On Finding the Extraordinary in the Ordinary with Fredrik Backman

The PEN Pod: On the Debates and the Future of Race and Bias Training with Suzanne Nossel

On Friday 10/16, join us for a virtual event with @HarrimanInst, @ralakbar, and @KEYoung_Poet as Azerbaijani writer Akram Aylisli will discuss the political firestorm surrounding his novel FAREWELL AYLIS. Register here:
https://bit.ly/3jZH42i.